The Boston Globe's editorial board asked, "Why shouldn't the state allow a terminally ill patient to end their own life?" They argued euthanasia was "compassionate" and the alternative was "inhumane." 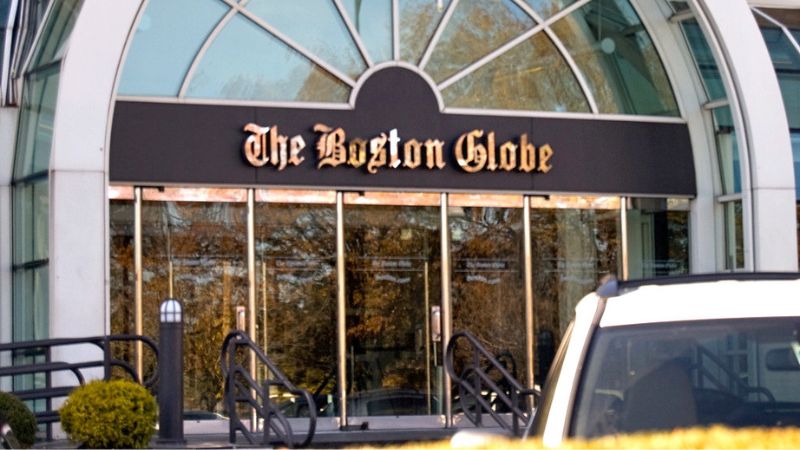 On Sunday, the editorial board at the Boston Globe published an article advocating for euthanasia, saying it's "only compassionate" to let patients have the choice to commit suicide with the state's blessing and "denying them that choice is inhumane."

The editorial board asks, "Why shouldn't the state allow a terminally ill patient to end their own life? What interest could the state possibly have in preventing a patient suffering from an incurable illness, someone who could live their last few months in extreme pain, from peacefully dying on their own terms?"

The story recounts the tale of a retired physician, Dr. Roger Kligler, from a coastal town on Cape Cod called Falmouth, who sued the state of Massachusetts in 2016. Kligler had advanced prostate cancer and in his lawsuit said that someone who is terminally ill has a state-sanctioned constitutional right to kill themselves.

"If a patient chooses to end their life via medically assisted death, they are not in any way, shape, or form devaluing their lives or the lives of others — they just believe that living in extreme pain is not worth it — for themselves," the board writes.

The case eventually landed in Massachusetts's Supreme Judicial Court where state Assistant Attorney General Maria Granik was asked by Justice Serge Georges Jr. about the issue. The state justice asked the assistant AG why the state essentially told Kliger that he couldn't end his life on his own "terms."

The decision from the state Supreme Judicial Court will either say that Kligler can have "medically assisted death" or that he has "no fundamental constitutional right to assisted suicide."

The editorial board at the Globe say the issue must go beyond the court, and it "adds more urgency for state lawmakers to act on legislation that provides a strict and narrow framework under which doctors should be allowed to write prescriptions for lethal drugs at the request of terminally ill patients."

They cited State Representative Jim O'Day, a Democrat, who said, "This is a quality of life issue. It's a complex and difficult conversation to have, for sure, but the option to provide patients and their loved ones with peace of mind and comfort."

A proposed bill backed by O'Day has opened a path for Massachusetts to allow its citizens to commit suicide. The bill says a patient can be medically euthanized if have to have a terminal illness confirmed by two doctors, and have less than six months to live according to the physicians recommending medically assisted death.

The bill resembles Canada's state-sponsored euthanasia program known as medical assistance in dying (MAiD). MAiD became law in 2016 and was originally intended for those with physical illnesses where death was a reasonable inevitability, as proposed in Massachusetts. In 2021. Canada passed legislation amending the law to allow those with mental health issues to apply.

The Globe writes that many critics of state-sponsored suicide point to the "slippery slope" happening in Canada and that it could happen in the US as well. "They believe that opening the door even a crack to assisted suicide will send the state down a slippery slope, and that vulnerable people will eventually be pressured or coerced into ending their lives."

The Executive Director of Patients Rights Action Fund, Matt Vallière, said, "You can't safeguard against inherent problems in the public policy." His organization opposes euthanasia and points to "the fact that we have a broken profit-driven system and glaring disparities in health care."

"We have an ableist society that views the lives of people with disabilities as less worth living. Those things you cannot safeguard, and you can't safeguard the fact that coercion always happens behind closed doors, and that not everybody has a nice family," Vallière added.

The Globe concluded by pointing out that ten states, including Maine, Oregon, and Vermont, have some form of euthanasia permitted on the books, arguing that because it's allowed at all, anywhere, it should be allowed everywhere.