Anti-pipeline protestors have taken over the office of the Minister of Crown-Indigenous Relations, Carolyn Bennett in downtown Toronto. 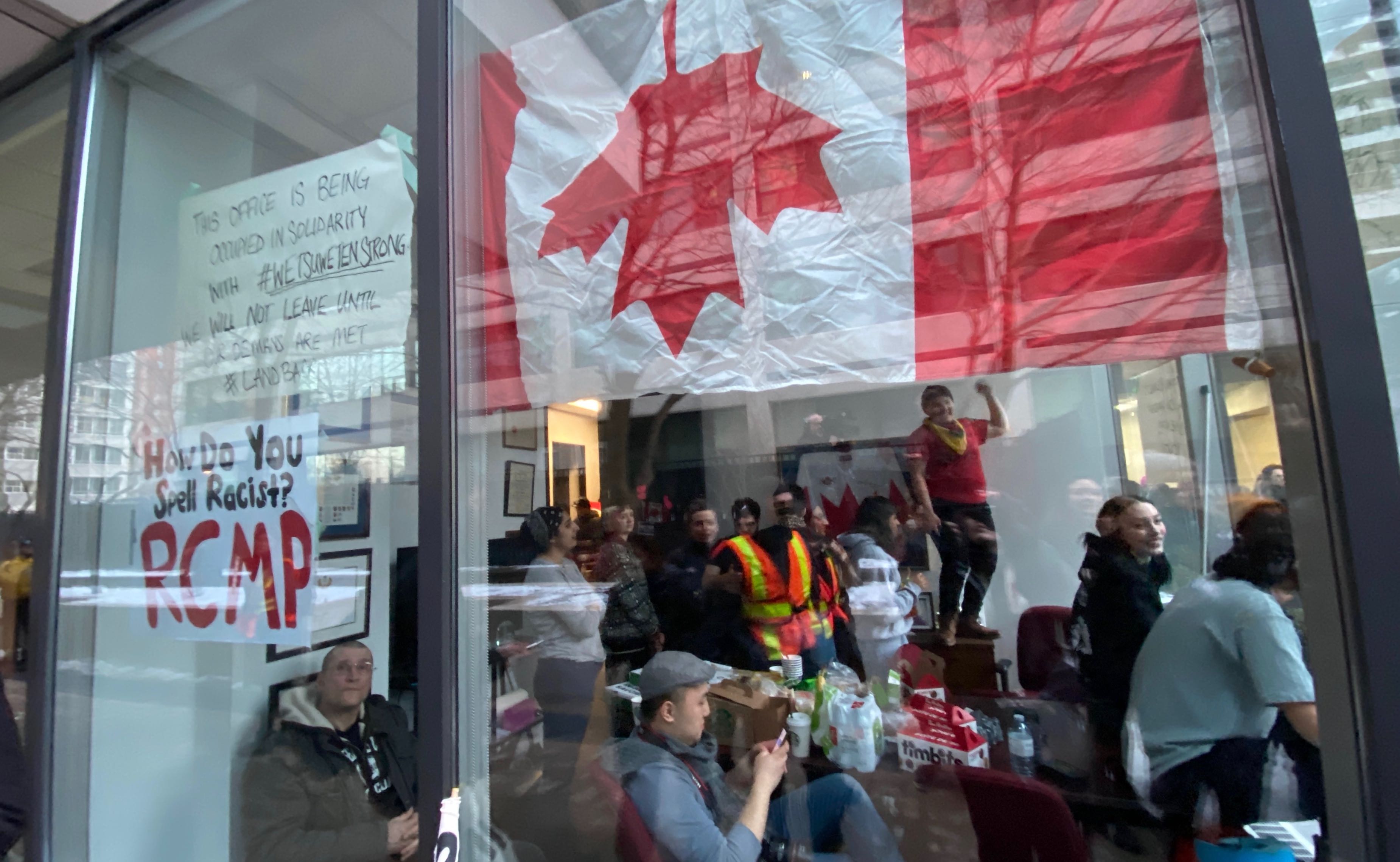 Anti-pipeline protestors have taken over the office of the Minister of Crown-Indigenous Relations, Carolyn Bennett in downtown Toronto. A large group of Climate Justice Toronto and Extinction Rebellion protestors have joined them.

On their way to Bennett’s office, they chanted “How do you spell racist? RCMP” “Racist Canadian Mounted Pricks” and “You can’t drink oil; leave it in the soil.”

After taking over Bennett’s office, protestors dined on pizza and taped makeshift posters in her window that read, “RCMP back down” and “Carolyn Bennett: Will you arrest Indigenous youth?”

Outside, the protestors chanted “shut it down” in support of those who made it inside. The protest leader declared, “The bravest thing we can do here today is say that Canada is an illegitimate, violent, colonialist state.”

The protests are a response to the raid of an anti-pipeline camp in Northern British Columbia that was fighting against the building of a pipeline on Wet’suwet’en territory. Despite the protests, the Wet’suwet’en Tribal Council and most hereditary chiefs support the pipeline project.

There may be a hitch in their plans, however. Protestors outside announced that the RCMP was not allowing food to be delivered to those occupying Bennett’s office.

Those inside made a demand for gluten-free food to be provided.

The protestors vowed to occupy Bennett’s office until the RCMP retreat from Wet’suwet’en territory.

As the evening wore on, the protestors settled in to keep the occupation going until Bennett would meet with them at 10 am on Tuesday morning.