BREAKING: Antifa show up for non-existent 'Proud Boys' rally in Philadelphia—attack media instead

He and his camerawoman, Lisa Reynolds Barbounis, were attacked in lieu of Proud Boys. Klüg has a show where he interviews protesters, but things in Philly did not go as planned and he and his team were chased and assaulted by Antifa. 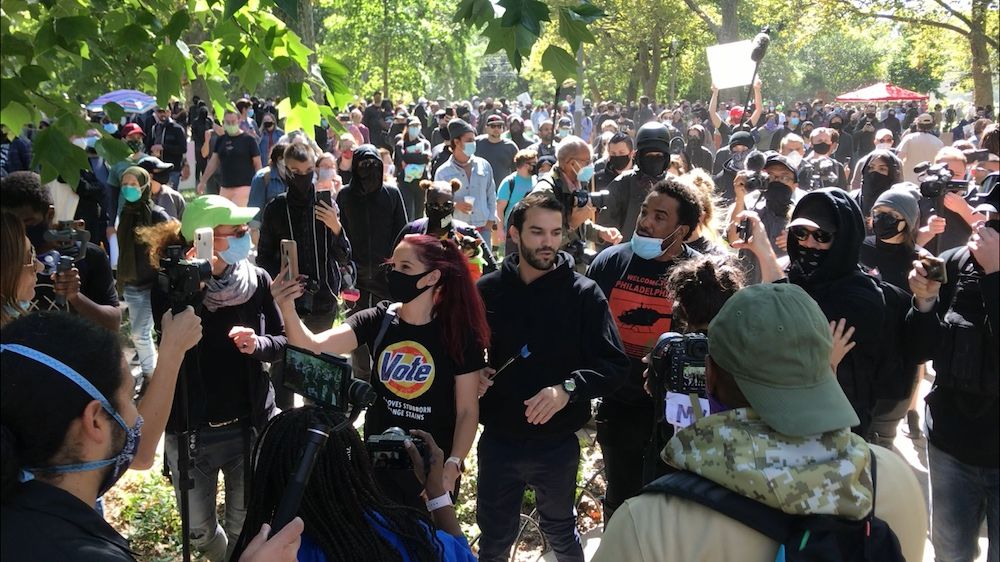 Protestors gathered on Saturday when there was an expected to Proud Boys rally in West Philadelphia's Clark Park. When the Proud Boys did not materialize, protesters attacked independent journalists James Klüg and Lisa Reynolds Barbounis.

Barnounis was attacked, her hair pulled.

Klüg was chased from the park.

Plans for a counter-protest began when a post appeared on Facebook, stating that there would be a Proud Boys rally. This led to the farmers market shutting down, but the Proud Boys did not arrive to Clark Park.

As the day and time arrived, no Proud Boys were reported to have shown up but there were protestors and media present. The Post Millennial was on the scene in Philadelphia's Clark Park, and saw James Klüg and Lisa Reynolds Barbounis targeted by Antifa activists.

Klüg covers protests and interviews protesters, but in Philly this proved to be hard to do when they were attacked by Antifa agitators.

Klüg attempts to escape in his car. A mob is seen damaging the vehicle, shattering the windows and frightening a dog in the passenger seat.

Police have now arrived to the scene, and as the protest winded down, Antifa finished the day off with a sword fight.