According to the FBI's 2021 national crime report, murder is up 4.3 percent and all violent crime surged by 30 percent since 2020, and is holding at that increased figure. 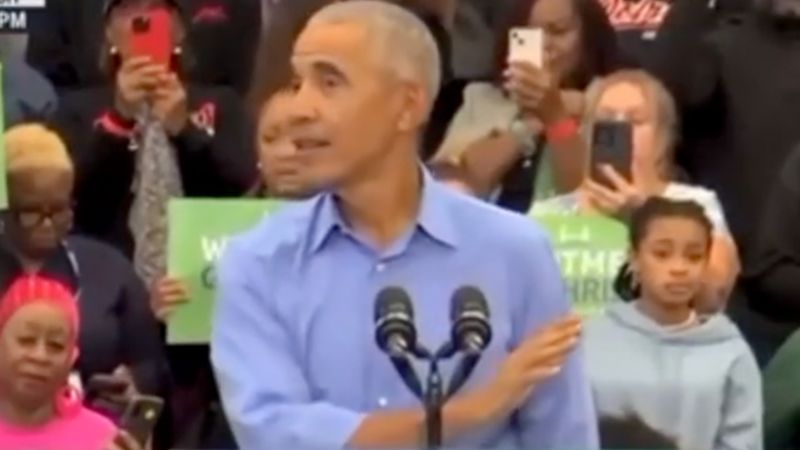 Speaking at a rally on Saturday for Michigan Governor Gretchen Whitmer as she faces off against Republican challenger Tudor Dixon in the midterms, former President Barack Obama said that the historic rise in crime the country is facing under the Biden administration is the fault of Republicans and former President Donald Trump.

"You hear the Republicans talking a lot about crime, right?" Obama said. "Violent crime has gone up over the last seven years by the way, they act like it just happened just last year like the previous president wasn't there, and by the way, it didn't just happen in so-called blue states, it has gone up and in conservative rule states too."

According to Time, "violence in major American cities still remains dramatically higher than it was before the pandemic." Homicide is down 2 percent so far in 2022 from 2021, but in 2021 it skyrocketed to 39 percent higher than in 2019.

Further, "Aggravated assaults and robberies both increased by 4 percent and 19 percent respectively. Property crimes also increased by 6% while larceny went up by 20 percent, residential burglaries rose by 6 percent and motor vehicle thefts jumped up by 15 percent."

The FBI released its annual report on national crime from 2021, showing that murder is up 4.3 percent and all violent crime surged by 30 percent since 2020, and is holding at that increased figure.

While crime is up nationwide, it is most pronounced in Democrat-led cities.