“The governor wants you to believe that she did listen to the experts, but we have the letter from the nursing home association that said, whatever you do, don’t send Covid patients into nursing homes, and yet, the governor did.” 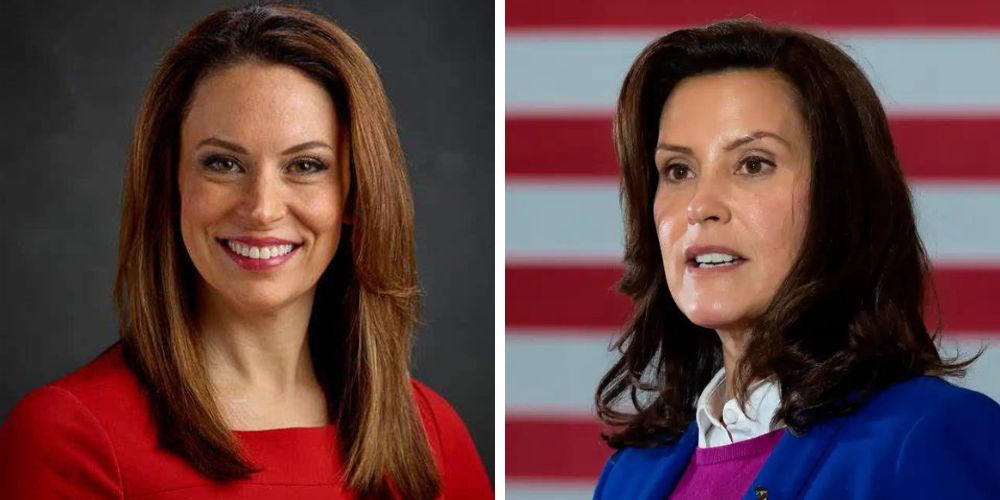 Whitmer was asked if she would have done things differently given the information she has now to which the governor responded, “We know that this was a brand new virus that we didn’t know a lot about. We knew that our hospitals were filling up and that people were dying. We were in a desperate search for masks and ventilators. There were refrigerated trucks outside of some of our hospitals to store people’s bodies who didn’t survive.”

She added, “It was a desperate time. Lives were on the line. Studies have shown that our actions saved thousands of lives. Now 35,000 people in our state have died from Covid. They may not matter to some, but they matter to me. Every single one of them. If I could go back in time with the knowledge we have now, sure, I would’ve made some different decisions, but we were working in the middle of a crisis and lives were on the line.”

Dixon then cited the disgraced former governor of New York Andrew Cuomo who, like many democrat governors across the US, enacted the same policy. “When Andrew Cuomo even backed off of this, Gov. Whitmer doubled down.”

“She even tried to hide the final report of the numbers of how many deaths we had,” Dixon continued. “In fact, she has tried to hide a lot from this pandemic. She tried to hide or she did hide effectively, why her department of Health and Human Services Director left. In fact, she even paid him off with a secrecy agreement.”

According to a recent audit, Whitmer undercounted nursing home deaths by a staggering 42 percent. The report by the Auditor General revealed that the total number of deaths at long-term care facilities due to COVID-19 was 8,061, compared to the state’s previous self-reported total of 5,675, a difference of 2,386.

In Michigan, 84 percent of the state’s COVID-19 victims were people over the age of 60.

Dixon also hammered Whitmer’s for rampant fraud in the state’s unemployment department during the pandemic. “What a debacle to have eight and a half billion dollars fraudulently sent out. Now I've got people bringing bills from the state up to me, begging me to forgive the unemployment that she's trying to get out back because she accidentally sent eight and a half billion out.”
Dixon also mentioned Whitmer’s extended school closures. “And what about our students that she kept locked out of schools and wouldn't listen to parents when they begged her to let them play, let them play, she wouldn't even listen.”

Whitmer responded by accusing Dixon of disseminating conspiracy theories about masks and vaccines, only to be slammed again for her lockdown policies that ravaged the state’s economy.

“She can’t be honest because she knows that her response was so completely horrendous,” Dixon said. “In fact, she closed the restaurants down longer than any other state and we lost 3000 restaurants, but we just got a report today: Michigan is having a slower comeback than any of our surrounding states. So not only did she make bad choices when she closed us down and refused to open our schools, but she hasn’t figured out how to recover.”