Officials in the US say that semiconductor companies building new manufacturing facilities in Mexico want to place parts of their supply chain over the border. 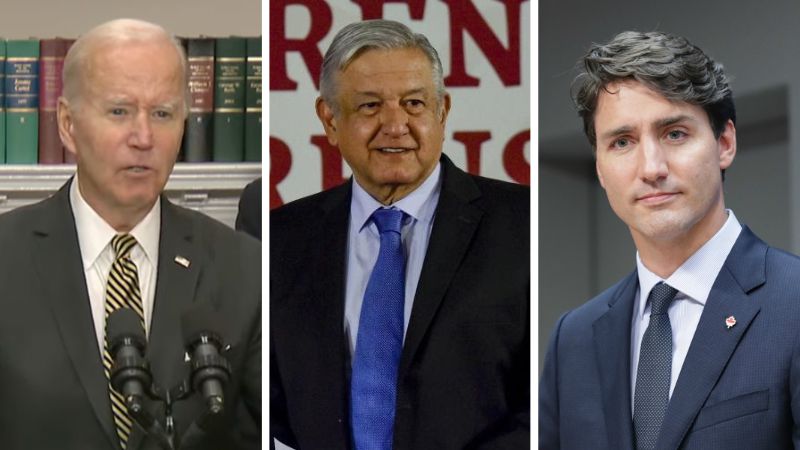 Following meetings that have taken place as part of the North American Leaders’ Summit in Mexico City this week, President Biden, Prime Minister Justin Trudeau, and Mexican President Andres Manuel Lopez Obrador are expected to announce on Thursday commitments to build the semiconductor industry in the region.

The three leaders agreed to organize a semiconductor forum to take place early in 2023 with industry representatives, as well as coordinate to nail down their semiconductor supply chain needs and investments, according to the Wall Street Journal.

Officials in the US say that semiconductor companies that are building new manufacturing facilities in the country want to place parts of their supply chain over the border in Mexico.

"Nearshoring is a specific consideration because of the trade agreements that are in place. That and the added bonus of lower labor rates…makes Mexico a very attractive option for putting certain parts of the semiconductor supply chain there," said Scott Jones. Jones is a managing director at consulting firm Alvarez & Marsal, "who has advised semiconductor companies on setting up potential operations in Latin America," the Wall Street Journal reported.

One major topic of discussion during the summit was strengthening the region’s supply chain, with Lopez Obrador urging the US to make more investments to improve the supply chain’s resilience.

In August, Biden signed the CHIPS and Science Act of 2022 to bolster US semiconductor manufacturing and research.

"The CHIPS and Science Act will boost American semiconductor research, development, and production, ensuring U.S. leadership in the technology that forms the foundation of everything from automobiles to household appliances to defense systems. America invented the semiconductor, but today produces about 10 percent of the world’s supply—and none of the most advanced chips. Instead, we rely on East Asia for 75 percent of global production. The CHIPS and Science Act will unlock hundreds of billions more in private sector semiconductor investment across the country, including production essential to national defense and critical sectors," the White House said at the time.

The move comes as the US previously placed sanctions on Chinese chip imports, and as Taiwan, which manufactures a majority of the world's most advanced chips, has seen increasingly more aggressive tactics being implemented by China.

In addition to talks on semiconductors, the leaders will commit to reducing methane emissions from solid waste and wastewater. They are looking to cut these emissions by at least 15 percent by 2030 compared to levels seen in 2020.

Additionally, the leaders will develop a proposal to cut food loss and waste by 50 percent by 2030, and plan to install electric vehicle chargers along their shared borders.

The leaders also discussed illegal immigration, agreeing to expand legal pathways for migrants, address the root causes, and share between the countries ways to make the asylum process more efficient and fair.