Biden demanded that states and municipalities reinstate mask mandates, and that all businesses should have mask mandates as well. "Please this is not politics," he whispered." 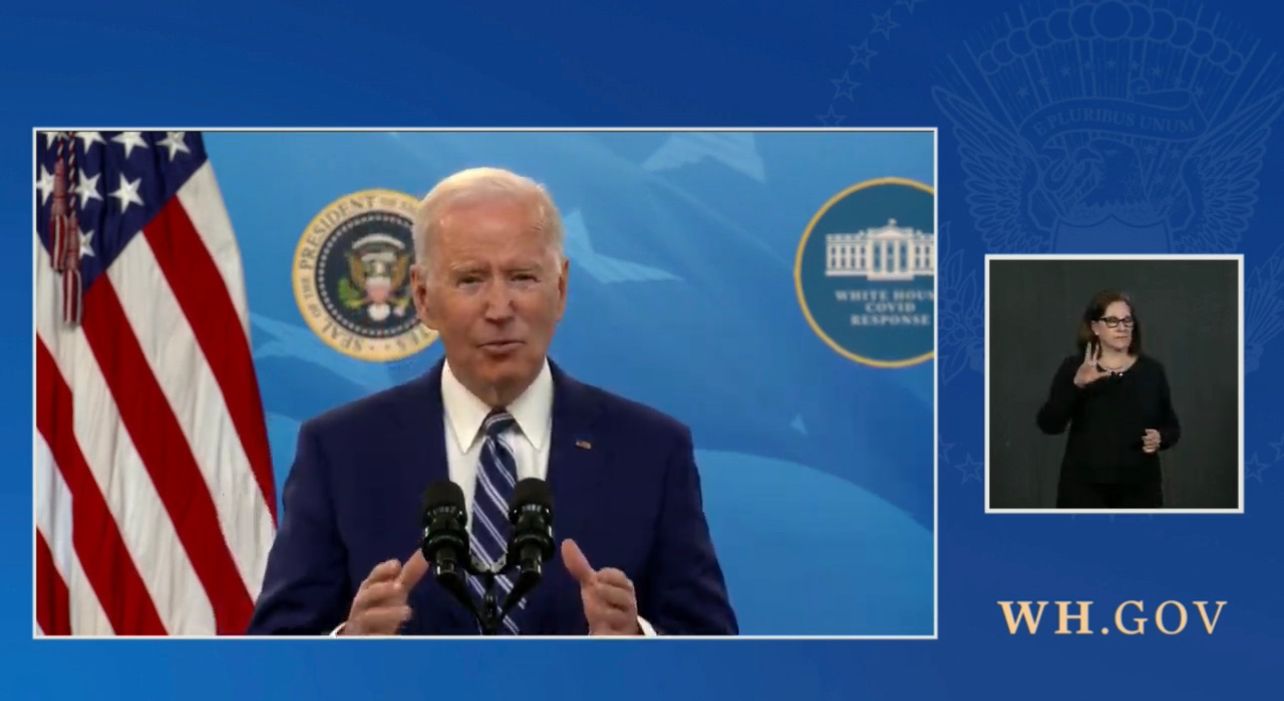 President Joe Biden spoke to the nation today to tout the vaccine rollout effort in the US, saying that in the last few days there were "record number of shots in arms," and that there were 10 million shots given over the weekend.

Answering a question from a reporter at the end of his remarks, he said "yes" when asked if he thought states should "pause their reopening efforts."

He demanded that states and municipalities reinstate mask mandates, and that all businesses should have mask mandates as well. "Please this is not politics," he whispered."

He tried to impress upon the public that "this is deadly serious," and emphasized the CDC's message that this is not the time to let down our guard against the ravages of a virus that leaves nearly 99 percent of those who get it alive.

He said that there was "reckless behavior" that we've seen on television over the past few weeks. "People are letting up on precautions," he said, "which is a very bad thing."

Biden worked hard to try to instill the same kind of fear of the virus as there was so many months ago, and to encourage people to get vaccinated. "We can vaccinate the highest risk Americans even more quickly than we already are," he said.

Biden said 75 percent of those Americans over 65 have received at least one shot.

"We still need everyone to do their part. We still are in a war with this deadly virus... but this war is far from won," Biden said.