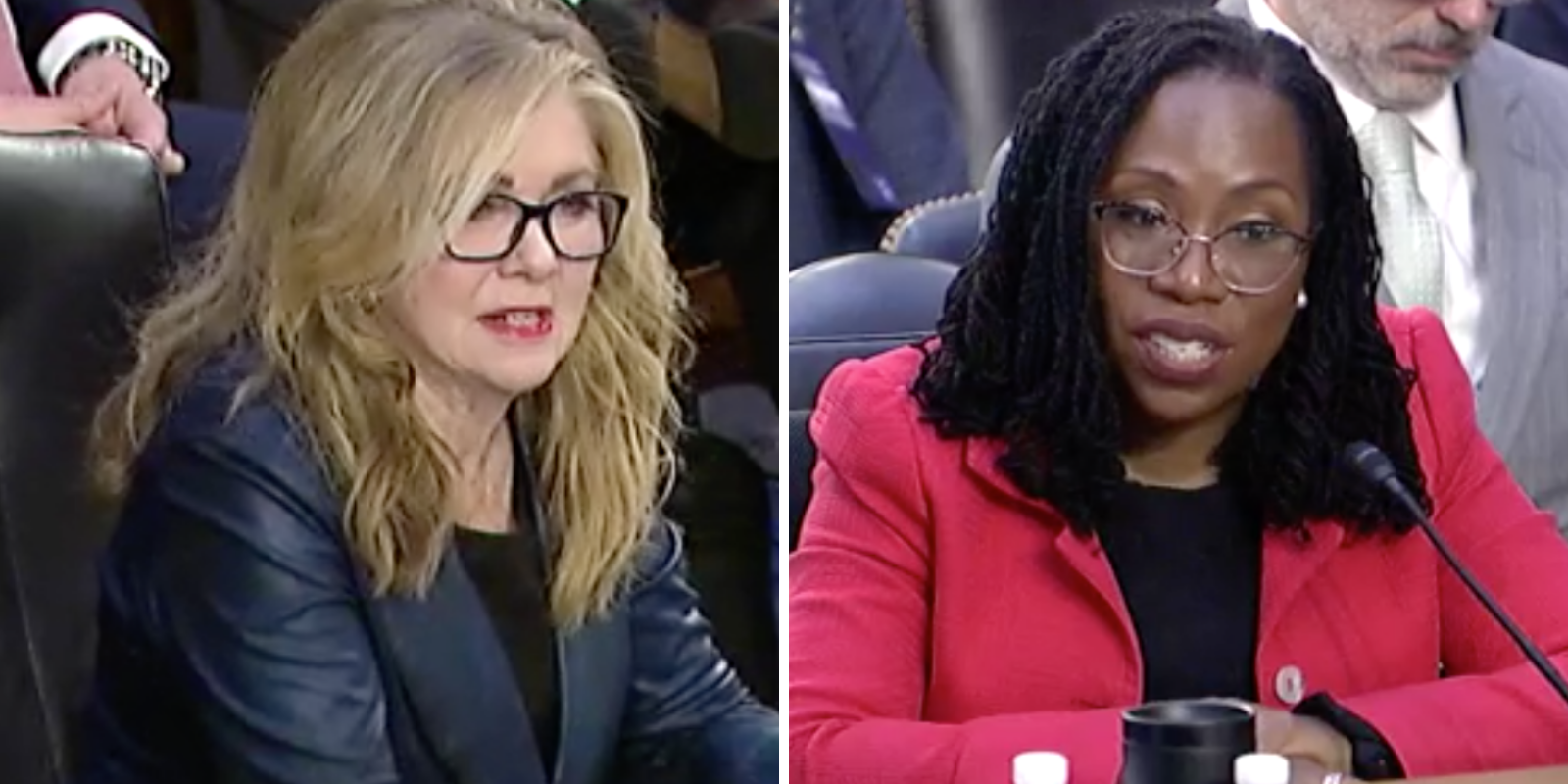 Senator Marsha Blackburn asked Judge Ketanji Brown Jackson about the definition for the word "woman" on Tuesday night as day two of the Biden's SCOTUS nominee's confirmation hearings drew to a close.

Jackson would not define the word.

"Can you provide a definition for the word 'woman'?" Blackburn asked simply.

"Can  I provide a definition?" Jackson responded. "No, I can't."

"You can't?" Blackburn asked. (Both the Senator and the judge are, in fact, women.)

"Not in this context," Jackson said. "I'm not a biologist."

"You mean the meaning of the word 'woman' is so unclear and controversial that you can't give me a definition?"

"Senator, in my work as a judge, what I do is I address disputes. If there's a dispute about a definition, people make arguments and I look at the law and I decide, so I'm not—" Jackson said.

"Well the fact that you can't give me a straight answer about something as fundamental as what a woman is underscored the kind of progressive education that we are hearing about," Blackburn said. "Just last week, an entire generation of young girls watched as our taxpayer funded institutions permitted a biological man to compete, and beat, a biological woman in the NCAA swimming championships.

"What message do you think this sends to girls," Blackburn asked, "who aspire to win in sports at the highest levels?"

"Senator, I'm not sure what message that sends," Jackson responded. "If you're asking me about the legal issues related to it, um those are topics that are being hotly discussed, as you say, and could come to the Court, so..."

The Biden administration is full of individuals who won't define the terms man and woman. Biden's Secretary of Health and Human Services Xavier Becerra failed even to define the term "birthing person."

Becerra's assistant secretary at HHS is biological male Rachel Levine, who self-identifies as a woman despite being anatomically male. Sitting representatives, as well as media outlets, and others, are routinely banned on Twitter for pointing out Levine's biology.

Democratic Congresswoman Cori Bush, during compelling testimony about her own pregnancy, referred to pregnant women as "birthing people."

On his first day in office in January 2021, Biden signed an executive order conflating the concept of gender identity with the immutable reality of biological sex, extending the sex-based protections that women had fought for under law to biological male persons who have stated that they are actually women in male bodies.

It is unlikely that Jackson does not know what a woman is, since she is one, but rather that, as Blackburn noted, progressive ideology has such a tight hold on American academia and institutions that a woman feels uneasy in saying what she is.

A dictionary definition of the word woman is found to be an "adult human female." That is the biological reality.

Jackson, in refusing to define what a woman is, has defined her perspective on gender ideology as clearly as if she had said men are women.