“With or without Mitch McConnell’s money, we are gonna beat Mark Kelly and take Arizona back,” Masters said. 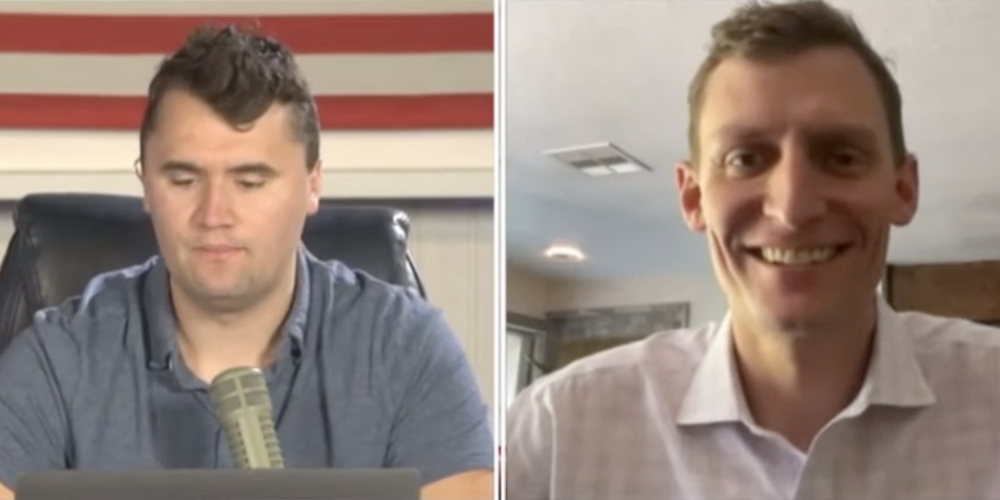 Jarryd Jaeger Vancouver, BC
Sep 29, 2022 minute read
ADVERTISEMENT
ADVERTISEMENT
On November 8, Arizonans will take to the polls to decide whether to send Democrat Mark Kelly or Republican Blake Masters to Washington.

With the race for Senate heating up, both candidates are working hard to sway voters in their direction, and funding plays a huge role in that process. On Thursday, Masters announced that his campaign has secured $8 million in outside funding over the past ten days alone.

“What’s all this drama with McConnell and outside money?” Charlie Kirk asked, referring to a decision made by the Senate GOP super PAC last month to cancel ad buys in Arizona.

“Mitch McConnell pulled, I don’t know, $18 million of funding that they had allocated to Airzona,” Masters explained, noting that the “official reason” given by the super PAC was that “we’re still bullish on Arizona, but let’s let other people come in and fill the gap.”

“I don’t know what’s going on there,” Masters continued. “My attitude is, I can control what I can control, right, the hard dollars, raising money, doing events, doing media. I can’t control what Mitch McConnell does.”

Masters vowed that despite the super PAC’s decision to pull funding, his campaign would “have enough resources to win this race.”

“With or without Mitch McConnell’s money, we are gonna beat Mark Kelly and take Arizona back,” he said, suggesting that it could “determine the fifty-first vote in the US Senate.”

Kirk then asked how much “outside money” had been announced recently on Masters’ behalf.

“About $8 million in the last ten days or so,” he replied, adding that the cash will help close the gap between him and Kelly with TV ads and other campaign materials.

According to FOX News, Masters is gaining on his Democratic rival in the polls, with the latest data showing that he is now only six points behind.
ADVERTISEMENT
ADVERTISEMENT
Masters