Several members of Congress held a press conference on Thursday regarding their proposed legislation to add four more seats to the US Supreme Court, even though the measure is technically dead in the water. 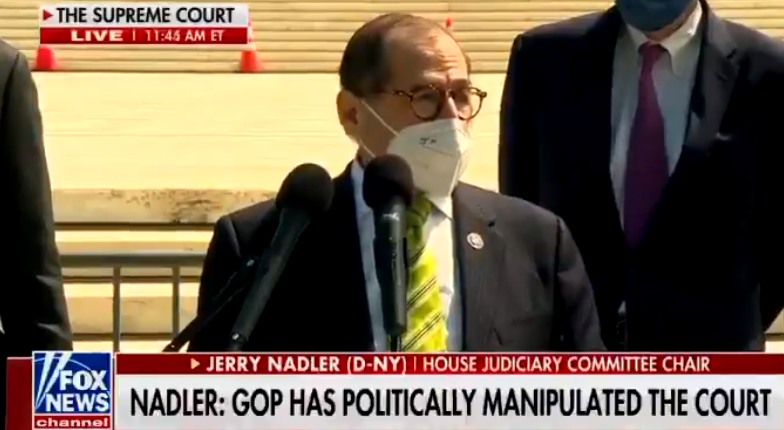 Several Democrat congressmen held a press conference on Thursday regarding their proposed legislation to add four more seats to the US Supreme Court, even though the measure is technically dead in the water.

"'The court is broken,' says @SenMarkey, kicking off press conference about his legislation expanding the Supreme Court to 13 justices. Says McConnell, Senate Republicans, and Trump broke it and now there is a public crisis of confidence."

According to The Intercept, "The bill would add four seats to the high court, bringing the total to 13 from the current nine. The bill is led by House Judiciary Committee Chair Jerry Nadler, subcommittee Chair Hank Johnson, and first-term Rep. Mondaire Jones. In the Senate, the bill is being championed by Ed Markey of Massachusetts."

The press conference on the proposed bill was premature, however to say the least, as House Speaker Nancy Pelosi has stated that she does not intend to even so much as introduce the bill, according to The Hill.

When asked if she supported the bill and would introduce it, Pelosi said:

"No. I support the president's commission to study such a proposal, but frankly I'm not — right now, we're back, our members, our committees are working. We're putting together the infrastructure bill and the rest," said Pelosi in a press conference.

Sen. Markey has been called out on the fact that, three years earlier, he was firmly against adding more seats to the SCOTUS, and now that his own part holds both the House and the Senate, he appears to have had a change of heart:

At issue as well is the Senator's choice of language. As critics have pointed out, filling a vacant seat on the Supreme Court does not equate to "stealing" a seat.