Nancy Pelosi narrowly reelected to Speaker for new Congressional session, faced no opposition from "the Squad" 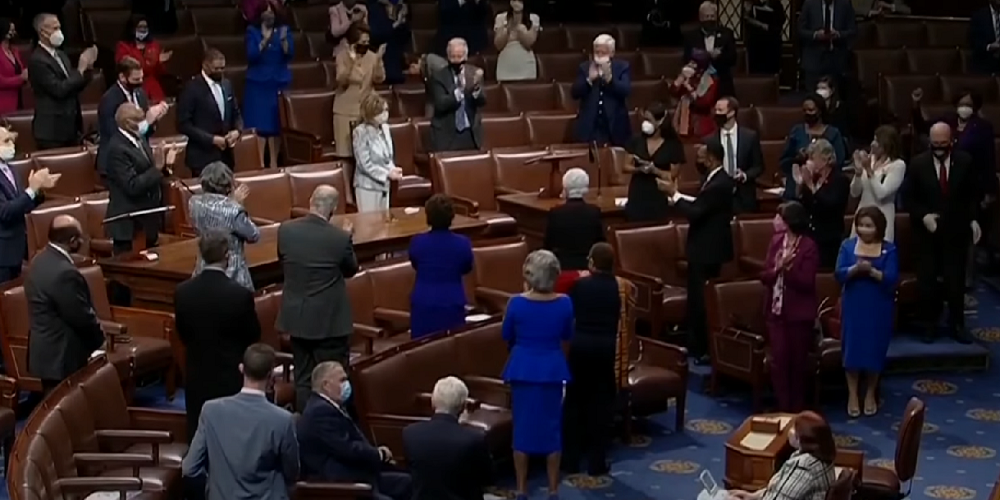 The vote was very close, given the small majority held by the Democrats in the House of Representatives as well as several members being absent due to COVID-19.

Pelosi has lead the Democrats in the House since 2003, and though by a closer margin than usual, was expected to retain her seat, the Associated Press reports.

Far-left champion New York Rep. Alexandria Ocasio-Cortez reportedly voted for Pelosi to maintain her post as Speaker. This coming as a surprise after Ocasio-Cortez expressed support for new leadership in the Democratic Party.

"I do think we need new leadership in the Democratic Party," AOC said in a podcast for the Intercept.

"I think one of the things that I have struggled with,... is the internal dynamics of the House has made it such that there [are] very little options for succession," she continued.

"We need to make sure that we have a transition of power in the Democratic Party."