“Will kids in Pennsylvania continue to have their innocence taken from them? Will they continue to be taught what to think and believe about their bodies by a school system without parental consent? Not on my watch.” 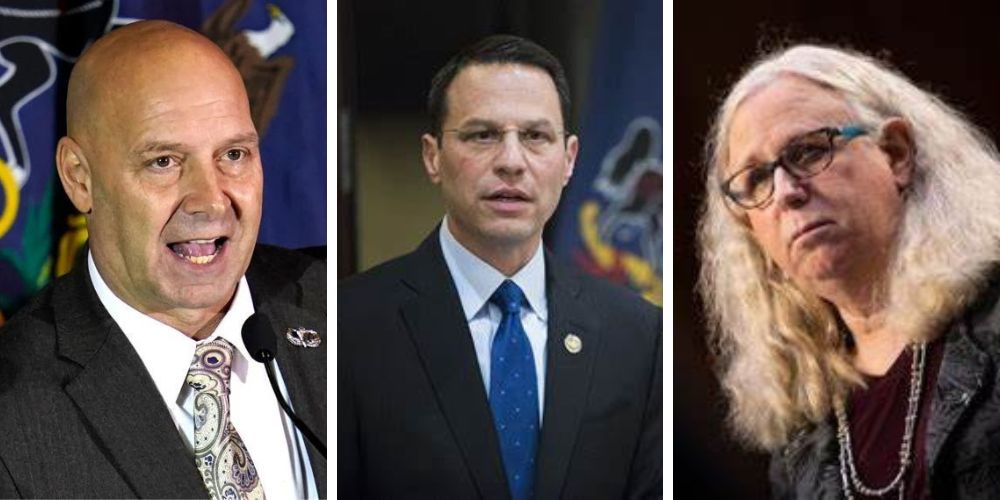 The ad began with a viewer discretion warning.

Mastriano, who is currently in the state Senate, narrated the ad which said, “Children in Pennsylvania as early as five years old, are being subjected to sexual indoctrination. Under Democrat leadership in Montgomery County, a parent said that one of their child's kindergarten classmates identifies as trans. And so now the entire class is forced to read books about what that means in kindergarten.”

“To make matters worse,” Mastriano continued, “the Department of Education in Pennsylvania is encouraging teachers to host gender-neutral days at school." The ad showed the Department's "Learning For Justice" website which showcases a "Toolkit for Gender Spectrum."  The ad continued, "While parents are unaware at home, their daughters may share a bathroom with a biological male.”

According to the ad, “Rather than doing his job and addressing crime in Pennsylvania, Attorney General Josh Shapiro filed an amicus brief against families in Florida and Virginia to support the idea of biological boys using girls' bathrooms.”

The narration continued, “This time last year in Virginia, thanks to Josh Shapiro, a 15-year-old girl was raped by a male in the girls' bathroom.”

Mastriano then turned his sights on President Joe Biden’s assistant US Health Secretary Dr. Rachel Levine, who said that kids should have access to experimental puberty-blocking therapies. “When questioned about whether this should be parental approval, Levine refused to answer, but the human rights campaign wants unsupportive parents left in the dark.

“Children are encouraged to socially transition with their names and pronouns, and the parents can be coerced or convinced later on to accept it. The 'human rights' campaign also supports irreversible double mastectomies and genital surgeries for kids.”

“And guess who they endorsed for governor of Pennsylvania? That's right. Josh Shapiro.”

“Additionally, books that depict sexual acts are available in our schools. When a mother filed a lawsuit to have these books removed from Pennsylvania schools, Josh Shapiro himself filed a motion just last month to dismiss her case.”

“Will kids in Pennsylvania continue to have their innocence taken from them? Will they continue to be taught what to think and believe about their bodies by a school system without parental consent? Not on my watch.”

That ad cited a Rasmussen poll that 89 percent of voters believe rightly, that parents should have the last say on what their kids are being taught while 69 percent of the parents believe that sexually explicit books should be removed from the libraries.

“Public schools will be a safe place for learning, and if you don't like your public school setting, you'll have the option to choose how and where you want to educate your child because I'm gonna fight for school choice. Your vote on November 8th is a vote for the future of our children.”

A recent poll from the Trafalgar Group showed a tight race with Shapiro leading Mastriano by only two points with a +/-2.9% margin of error.