As trans activists shouted "trans lives matter," counter protestors chanted "we like jokes," and "Dave is funny" outside the Netflix headquarters in LA. 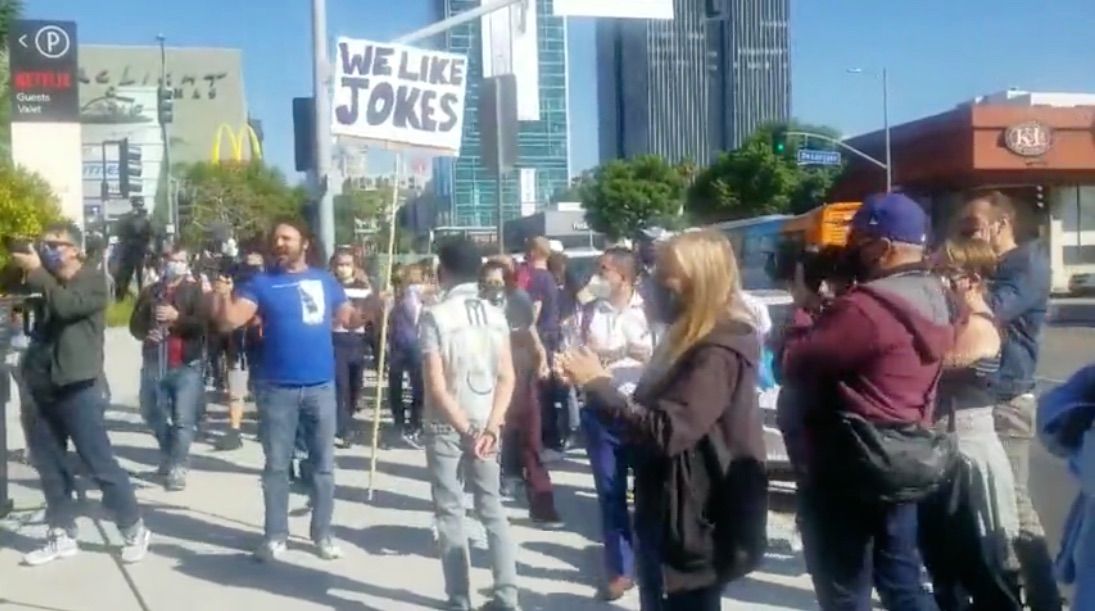 Netflix employees staged a walkout on Wednesday in protest of the steaming service's support for, and airing of, Dave Chappelle's recent comedy special "The Closer."

As trans activists shouted "trans lives matter," counter protestors chanted "we like jokes," and "Dave is funny" outside the Netflix headquarters in LA.

Another activist said trans people should be given raises at Netflix. "Today on this full moon in Aires it is time to make a change," the activist said. "It's time to release the old, and break in new. What needs to happen, if the CEO at Netflix wants to make it right with trans people, he will give trans employees a raise right now. Give 'em a raise right now for their hard work, for their hard labor, and for putting their trauma up for the world to see."

The walkout was planned by activists who also had a list of demands. Those employees who are staging the walkout stated as their demands: "We want the company to adopt measures in the areas of content investment, employee relations and safety, and harm reduction, all of which are necessary to avoid future instances of platforming transphobia and hate speech," according to The Verge.

Sarandos walked back the comments, saying that while he doesn't regret the special, or working with Chappelle, he should have been more sensitive in his stance with employees.

Sarandos said that he "screwed up" in his handling of the internal backlash against the hit special. He had previously defended the special, and Chappelle. On Wednesday, Netflix employees are reportedly staging a walkout due to their displeasure with the special.

"What I should have led with in those emails was humanity. I should have recognized the fact that a group of our employees was really hurting," Sarandos said in a Tuesday interview, according to the Wall Street Journal.