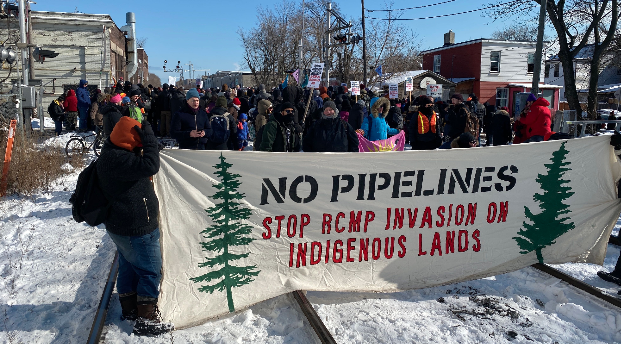 This is the latest in a series of actions taken by anti-pipeline protestors to express their anger over an early morning raid and a number of arrests at an anti-pipeline camp on Thursday.

Chanting, “When justice fails, block the rails,” the group walked from Dovercourt Park to the train tracks where they proceeded to block a Canadian Pacific train from passing.

GO Transit had to suspend service on the Barrie line as a result. The group claimed during the protest that they were blocking pipeline materials.

Extinction Rebellion and other groups have been protesting all over Canada since the RCMP raid of the northern B.C. anti-pipeline camp. At least six people were arrested according to the protestors.

On Thursday, protestors shut down train travel between Toronto and Montreal.

The protest dispersed around 6pm. No arrests were made.