BLM and Antifa rioters seized control of 6 blocks of the Capitol Hill neighborhood of Seattle in June of 2020. For almost a month, occupiers would not allow police in the zone. 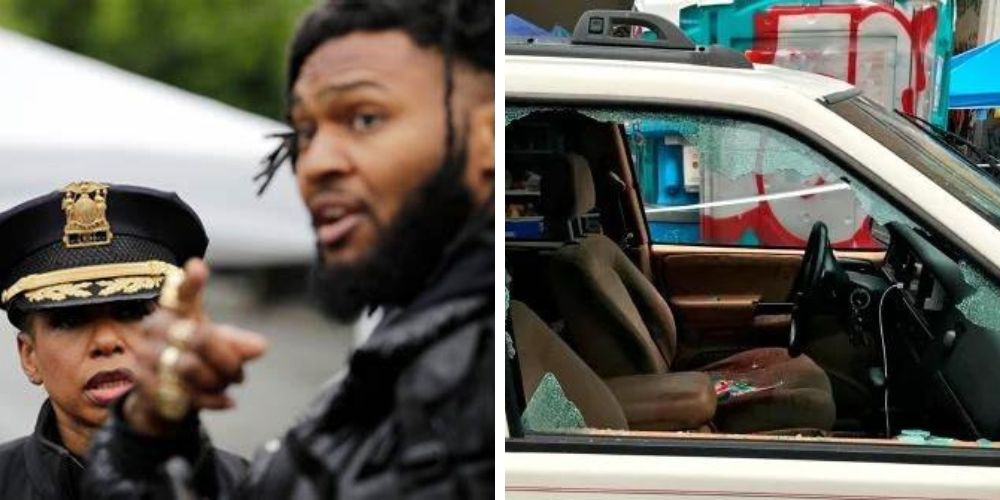 A new tort claim filed on Monday with the city of Seattle alleges that city, county and state leadership failed to provide medical, police, and emergency services inside of the 2020 Capitol Hill Autonomous Zone. According to the claim, if they had, 16-year-old Antonio Mays Jr. might still be alive.

A tort claim is an official notice of an impending lawsuit. It was filed with the city clerk’s office Monday by Mays’ family, alleging the government’s breach of duty for citizens to be free from "state-created danger," but did not specify a financial claim.

BLM and Antifa rioters seized control of 6 blocks of the Capitol Hill neighborhood of Seattle in June of 2020. For almost a month, occupiers would not allow police in the zone. According to Seattle police, rapes robberies and murders increased 250 percent during the occupation.

On June 29, 2020, Mays Jr. and a 14-year-old boy were shot multiple times while inside a white Jeep Cherokee. Police were unable to access the scene and did not arrive for almost five hours, by which time the crime scene had been tampered with and evidence was removed.

According to witnesses at the time, CHAZ "security" neutralized the vehicle, its driver, and passenger.

Antifa members and occupiers bragged about the shooting on social media, proclaiming it to be a victory against fascism.

City Council members supported the occupation and continued to try and create a narrative of a "peaceful protest." At the time, former Council President Lorena Gonzalez tweeted out a narrative about gun violence in response to the shooting.

Marxist Seattle City Council Member Kshama Sawant used the tragedy to blame capitalism and push her Amazon Tax and the defund/abolish police narrative even though police were  not allowed in the zone.

Emails obtained by The Post Millennial show that the city knew about the dangers in CHAZ, yet continued to push the false narrative of peace.

According to Mays Jr.’s father, Antonio Mays Sr., police have been unresponsive and told him the investigation was closed due to insufficient evidence.

The Post Millennial revealed in February 2021 that a man named Daniel Alan Baker was suspected by private security hired by residents and businesses in the zone as well as zone activists of being one of the shooters during the incident. Information on Baker was turned over to the Seattle Police and the FBI at the time and recommended that they investigate his involvement.

In October 2021, Baker, a US Army veteran turned Syrian militia member, who attempted to rally far-left activists to surround pro-Trump protesters with guns at the Florida state Capitol in January, was sentenced to 44 months in jail followed by three years of federal supervision.

The tort claim also implicates Solomon "Raz" Simone, the so called "warlord of the autonomous zone," for his role as "de facto police chief" in the zone, after the order was given to police to abandon the department’s East Precinct to the mob after nightly riots.

During the height of the zone, Simone was filmed assaulting people and even handing out rifles from the back of his Tesla to anyone who would stand a post in the zone.

According to KUOW, "Simone has also been named a defendant in civil lawsuits, including one filed last year on behalf of five women who accused Simone of physical abuse and sex trafficking."

Last month, Seattle settled a wrongful-death lawsuit with the family of Lorenzo Anderson, another black teen shot in the zone, for $500,000. A federal lawsuit filed by a businesses, developers and residents who claimed "extensive harm" due to the city’s failure to stop the occupation remains ongoing.

The city also recently settled another suit for $200,000 regarding the missing text messages of Seattle officials during the occupation, including those of former Mayor Jenny Durkan, former police chief Carmen Best and Fire Chief Harold Scoggins.

Some of the texts recovered by The Post Millennial revealed coordination between the city and Simone.

The city may have even funded their own occupier. In November of 2019, the City of Seattle awarded Simone an $83,250 grant to build a recording studio at his label Black Umbrella.