Seattle employees tasked with dealing with the occupied protest asked for the National Guard and were denied that help by Governor Jay Inslee. 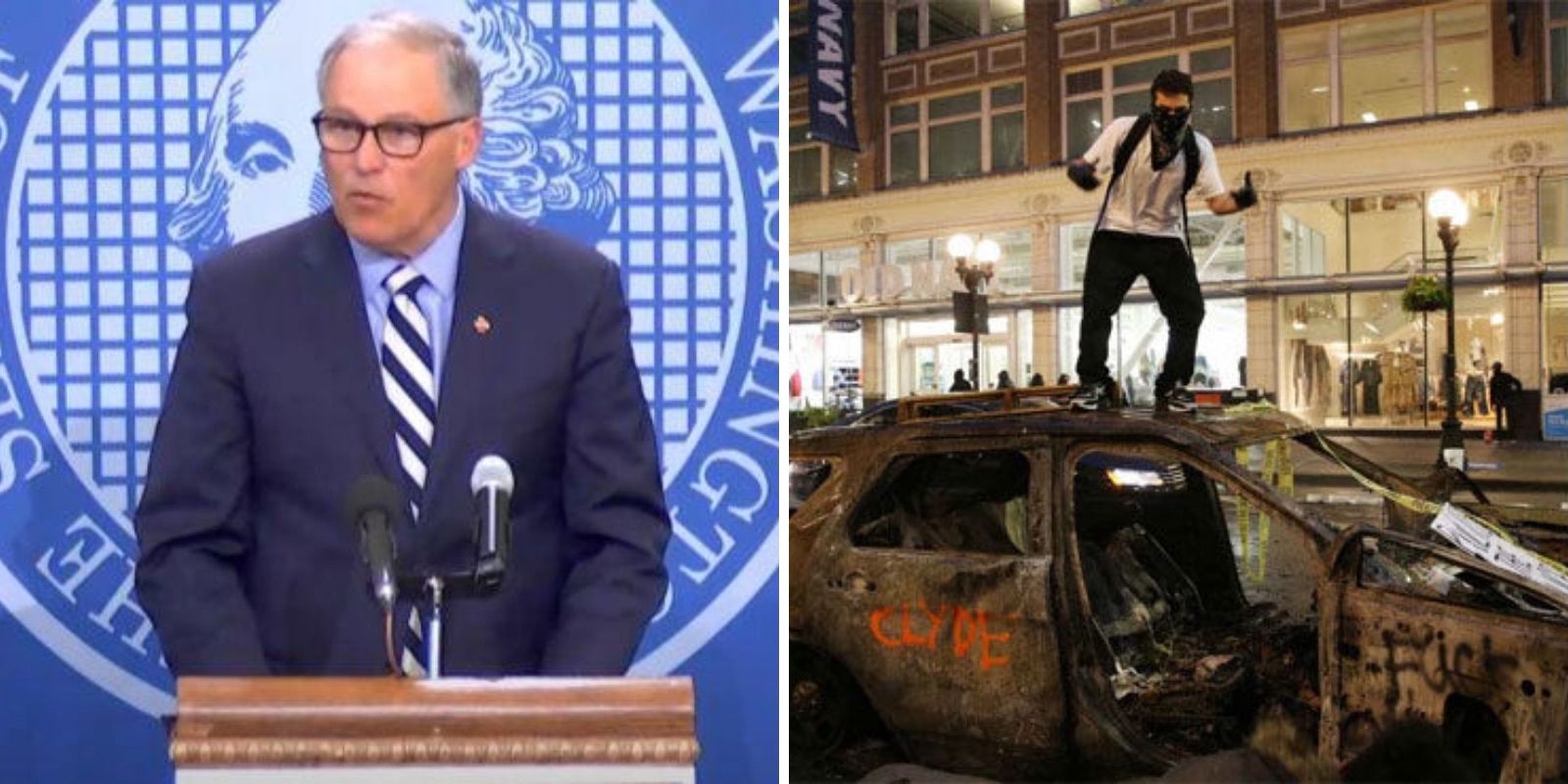 Seattle employees tasked with dealing with the occupied protest asked for the National Guard and were denied that help by Governor Jay Inslee. Yet newly released emails show that not only did Seattle officials know that CHOP was not a "peaceful protest"  they continued to tell the media it was a "block party," "street fair" and "summer of love."

It has cost $75,987 to date repairing the damage to Cal Anderson Park from the effects of the Capitol Hill Occupied Protest (CHOP). That is on top of over $1 million dollars spent by the City of Seattle on installing— then removing— barriers for the armed occupiers. And these costs are only the beginning.

In an email dated June 24, with the subject line "Safety Plan," City of Seattle Employees were already planning for the dismantling of CHOP. This was in response to shootings in the zone on June 20, 21 and 23 leaving 4 injured and a 19-year-old dead. The zone was already beginning to shrink as occupants began to leave following the violence and while the CHOP transitioned from an armed occupation to an armed homeless encampment.

Following the outbreak of riots and looting in Seattle in the wake of the death of George Floyd at the end of May, Governor Jay Inslee deployed unarmed National Guard troops to Washington cities.

At the time Inslee specified in his tweets and announcements that the National Guardsmen would be "unarmed" even though rioters destroyed police cruisers and stole AR-15 assault rifles from those vehicles. The unarmed Guard had originally been deployed to assist with assisting the homeless and food distribution during the coronavirus outbreak and were seen at other Seattle area parks following hepatitis outbreaks among homeless campers in the park.

In his email, Furuto preferred to have the National Guard assist with the dismantling and restoration of Cal Anderson Park. "I have concerns that SPD will be redeployed during their time they will be on site with us. Is having SPD alongside us the safest option for our staff-ideally SPD would have the area cleared prior."

This was in response to an email from Rodney Maxie from Seattle Department of Transportation stating that: "We are not writing a site specific safety plan. Our plan is to have a small contingent of SPD officers with our crews and a large contingent of SPD officers outside the perimeter out of site. If SPD agrees. As far as the other hazards associated with this work they are covered in our Safety Manual (APP), and all of our employees have been trained. This includes all hazards around encampment removal. I believe your Safety Team has trained all of the Parks employees on these hazards as well. Since we have been working closely with your team for the last 5 years."

Seattle employees were originally planning on treating the dismantling of CHOP like the removal of any other homeless encampment, including the inherent dangers the city employees know exist in that job, risks politicians deny. The Seattle City Council has defunded the Navigation Team made up of SPD officers, Waste Management employees and social workers who work with the homeless and are proposing only social workers perform the duties.

Business owners who have called the city since the defunding for encampment removal have been told by the social workers that they are required to provide bathrooms and food to the people living on their sidewalks. The urban campers refuse social services and remain as encampments expand.

Yet city officials knew the danger their employees faced as well as the risks to residents of the neighborhood while still denying those facts to the media. Residents trapped in the CHOP wrote a group letter to the city council, Mayor Jenny Durkan and other city officials, during the occupation:

"In the last two weeks, with the recent spike in violent activities and crimes we no longer feel safe to step outside our homes. With the relocation of protesters closer to the East Precinct in the last few days we have seen an increase in the homeless population on the north end of Cal Anderson park. Our once beautiful space is now littered with tents, vehicles, and trash. This is growing every single day along with continued increase in vandalism to the park and surrounding area. Just last night the occupiers of this area lit a trash can on fire on top of the fountain here in the park. We have witnessed increased vandalism to our neighborhood including damaging parked cars and graffiti on residential areas.

"We are afraid to leave our homes and feel like hostages. We are forced to look out the window and stare at our destroyed park. Our physical and mental health is at stake. With the recent shootings, some residents are now seeking therapy to deal with this trauma. With some of the highest property taxes in the state of Washington it is unacceptable that this has gone on for 2+ weeks now."

Yet Governor Jay Inslee refused to deploy the Guard to CHOP and even posted defiant statements to President Donald Trump stating that he wanted to send the Guard and other Federal law enforcement to CHOP and that he would act if they would not. Mayor Jenny Durkan even forced federal officials to leave Seattle though city employees were requesting them.

In the emails, Seattle officials seemed more concerned about transporting plants that occupiers had tried to plant in the synthetic turf field in the park to gardens and preserving graffiti and BLM "art" rather than the safety of their employees or residents.

The total costs of the cleanup of the CHOP continue to accumulate. Costs have not yet been released for the damage to the East Precinct which was abandoned then occupied and vandalized by rioters. Even though residents keep asking when the park will reopen to the public, the city now plans on "re-imagining the park," costs "TDB." All while riots continue almost nightly in Seattle with no end in sight.