Doyle "knowingly and unlawfully possessed digital media containing child pornography" between November 2014 and December 2015, and pled guilty to one count of possession. 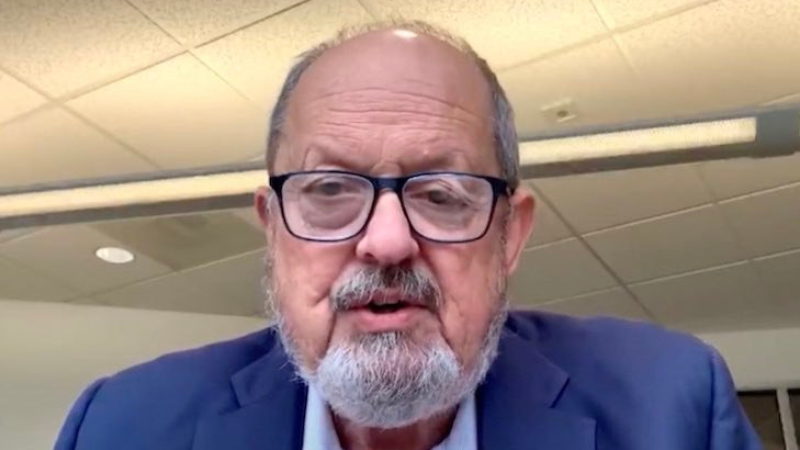 The Post Millennial
Oct 11, 2022 minute read
ADVERTISEMENT
ADVERTISEMENT
Dennis "Denny" Doyle, who served as mayor of Beaverton, Ore. from 2009 to 2021, pled guilty in federal court on Tuesday to illegal possession of child pornography. "You know, we make mistakes," Doyle said on his way out of the courtroom.

Several of the images in Doyle's possession were of children under the age of 12. The children in these images had been identified by the National Center for Missing and Exploited Children as "known sexually exploited minors."


Doyle's guilty plea means that he will not be lawfully allowed to own a firearm, vote, or hold public office. He was ordered in March to have "no direct or indirect contact with anyone under 18," Oregon Live reports. "That included his grandchildren, who are between ages 5 and 14, unless he received permission from a pretrial supervision officer."

Doyle also will not be permitted to use or possess "any computer or electronic media with internet access including cellphones without prior approval and he must allow random or regular monitoring of his computer use. He also was ordered not to affiliate with any organization or volunteer group that would put him in contact with anyone under 18."

Doyle "knowingly and unlawfully possessed digital media containing child pornography" between November 2014 and December 2015, and pled guilty to one count of possession. He was charged with the crime in March 2022, per a Department of Justice release. Sentencing will take place on January 24, 2023, in the US District Court. The FBI's Portland's Child Exploitation Task Force investigated the case under the Project Safe Childhood initiative, launched in 2006.