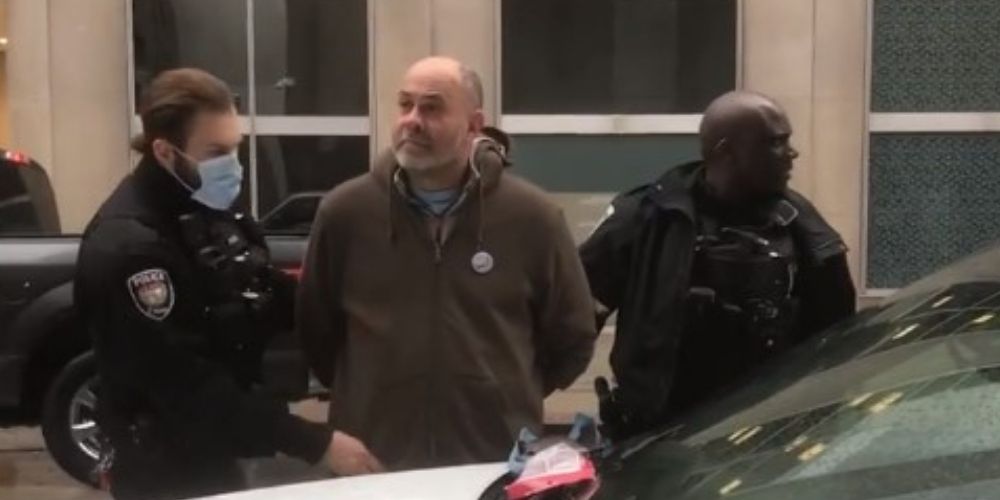 McGregor reported that Barber was arrested on Albert Street.

According to the CBC, Barber is expected to face charges. The protest in downtown Ottawa has crossed into its third week.

Barber has also been listed as one of three protest organizers in a class action lawsuit filed with the Ontario Supreme Court. The lawsuit was filed by lawyer Paul Champ on behalf of his client, 21-year-old public servant Zexi Li.

An 10-day injunction was granted by Ontario Supreme Court Justice Hugh McLean as a result of the lawsuit, banning the truckers and protestors from honking their horns.

The lawyer representing the residents of Ottawa in the lawsuit against the truckers said the "loud and prolonged honking" is causing physical harm to the residents.

In response to the ruling, truckers in the streets honked their horns.

As the protest continues on, the Trudeau government has taken increasingly more restrictive actions against the demonstration.

Earlier this week, Prime Minister Justin Trudeau announced that he would be invoking the Emergencies Act in order to deal with the ongoing protests.

"The Emergencies Act will be used to strengthen and support law enforcement agencies at all levels across the country," said Trudeau.

"This is about keeping Canadians safe, protecting people's jobs, and restoring confidence in our institutions," he added.

Trudeau said that the police will be given "more tools to restore order where public assemblies can constitute illegal and dangerous activities, such as blockades and occupations as seen in Ottawa, the Ambassador Bridge, and elsewhere."

Most recently, the Royal Canadian Mounted Police provided a list of people suspected of participating in or aiding in the protests to all major banks, so that they can freeze their accounts.

This is to be done in order "to determine whether they possess or control property of a person who’s attending an illegal protest or providing supplies to demonstrators."