Gaetz brought the bill in the wake of the trial of Kyle Rittenhouse, in Kenosha, Wisc., who was prosecuted for shooting three men, killing two, during a riot in that city on August 25, 2020. 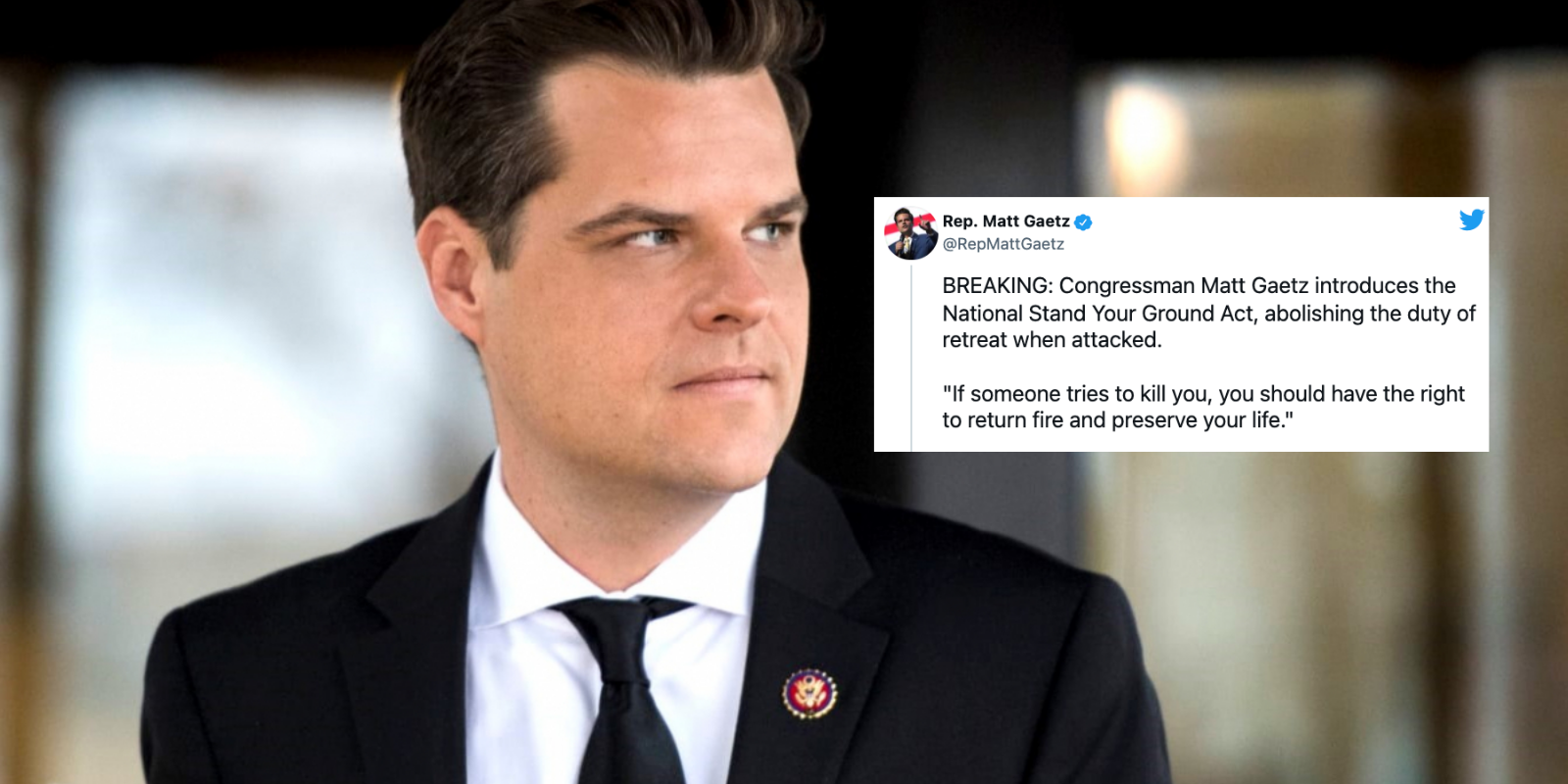 Florida's Rep. Matt Gaetz introduced legislation to the US House on Monday called the National Stand Your Ground Act.

The Act, co-sponsored by Reps. Louie Gohmert and Randy Weber of Texas, Paul Gosar of Arizona, Georgia's Marjorie Taylor Greene, Markwayne Mullin of Oklahoma, and Florida's Greg Steube "will codify Florida's 'Stand Your Ground' law at the federal level, abolishing the duty of retreat when attacked."

Gaetz brought the bill in the wake of the trial of Kyle Rittenhouse, in Kenosha, Wisc., who was prosecuted for shooting three men, killing two, during a riot in that city on August 25, 2020. Rittenhouse said that he acted in self-defense, and that was proven in court with exhaustive video evidence showing that he has been under threat.

Gaetz first announced the legislation on an episode of his podcast Firebrand.

"Like Kyle Rittenhouse, every American has the right to defend their life from an attacker. If someone tries to kill you, you should have the right to return fire and preserve your life. Let's reaffirm in law what exists in our Constitution and in the hearts of our fellow Americans. Abolish the legal duty of retreat everywhere," he said.

The legislation adds "an affirmative defense for certain criminal violations, and for other purposes." It reads that "The term 'stand your ground' means the allowance of an individual to defend himself or herself by any means necessary when his or her life is threatened."