The January 6 committee demands that Trump testify on November 14, and deliver requested documents by November 4. 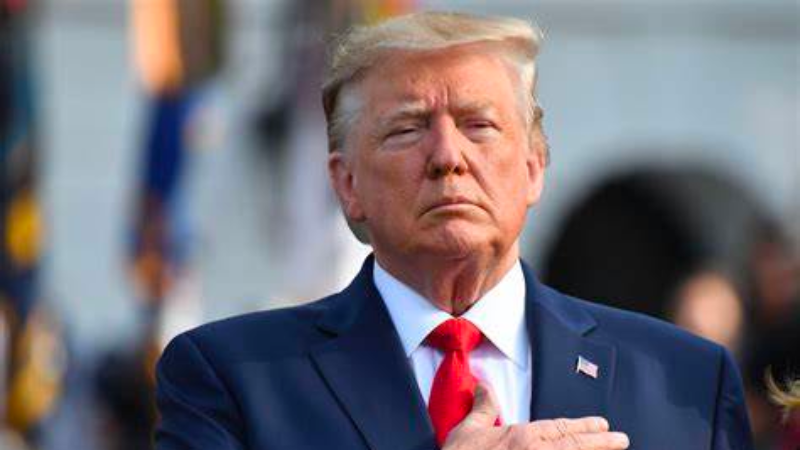 Libby Emmons Brooklyn NY
Oct 21, 2022 minute read
ADVERTISEMENT
ADVERTISEMENT
The January 6 committee, helmed by Democrat Chairman Bennie Thompson, has released its subpoena of former President Donald Trump, demanding that Trump testify before the committee on November 14. They further ask that he provide the committee with "relevant documentary material" by November 4.

The US midterm elections, upon which the fate of the balance of power in Congress relies, will be on November 8.

The deposition of Donald Trump will be conducted by the members of the January 6 committee, including Thompson, outgoing Reps. Liz Cheney and Adam Kinzinger, the only two members of the Republican Party to serve on the committee, as well as Zoe Lofgren, Adam Schiff, Pete Aguilar, Jamie Raskin, and Elaine Luria.

The committee asks that Trump tell them "promptly" if he intends to invoke his Fifth Amendment right to not answer questions on the grounds that he may incriminate himself. Trump has said that he "loves the idea of testifying."

The committee tries to mitigate any executive privilege that Trump may have by saying that "the Supreme Court has ruled that former Presidents retain the limited ability to assert executive privilege." But they go on to say that "such privilege is qualified," and that the DC Circuit Court explained that, as regards Trump's "official presidential records, the Select Committee has a 'uniquely compelling need' for the requested information."

The subpoena includes a schedule of documents requested, which is a veritable laundry list, as so many of the requests from the Jan 6 committee have been. All phone calls, texts, direct messages, or communication of any kind in which Trump was involved from the date of January 6, 2021.

Trump held a rally that day at Washington, DC's Ellipse.

The Committee asks for any communications Trump had with any member of Congress from December 18, 2020, to January 6, 2021, as well as photographs or video recordings, though the subpoena doesn't specify who would have taken those videos or photos, or Trump's involvement in those. They further ask for all communication between November 3, 2020, and January 5, 2021, that regard the 2020 election or the joint sessions of Congress on January 6, 2021.

The massive document demand includes correspondence dating back to September 1, 2020, which was prior to the presidential election. It appears that the committee believes that Trump planned to protest the election months before the results were in.

The committee demands communications between Trump and a select list of his colleagues for the period November 3, 2020, through January 20, 2021. That list includes Roger Stone, who told The Post Millennial that he had no communication or contact with the president between December 28, 2020, and late March 2021.

Second on the list is Steve Bannon, who was just sentenced to four months and fined $6,500 for two contempt of Congress charges stemming from subpoenas they issued to Bannon in the fall of 2021. That sentence is on hold pending appeal. Bannon has said that he believes Biden's Attorney General Merrick Garland should be impeached. The DOJ asked for a longer sentence, citing Bannon's disdain for the "sham committee" and the "show trial" they staged to find him in contempt in July.

It has been standard procedure for the committee to request simply everything within a given time period in an effort to find anything to back their allegations. It is their belief that Trump perpetrated "fraud," attempted to "corrupt the Department of Justice," pressured state officials to change the results of the election in their states, attempted to "transmit false electoral certificates" to Congress and the National Archives, to pressure the Vice President to vote against certification of the election results, pressuring Congress members to object to election results from battleground states, and lying under oath.

Additional allegations include that he held a rally, or per the committee, is guilty of "summoning tens of thousands of supporters to Washington and, knowing they were angry and some were armed, sending them to the Capitol." That many rioters were armed has not been shown. One man was found to be in possession of a revolver, for which he had a permit in his home state. Some have been accused of using fire extinguishers or batons.

They say Trump is guilty of sending a tweet at 2:24 "while knowing full well that the violent attack on the Capitol was occuring," and "refusing for hours to disband" the rioters.
ADVERTISEMENT
ADVERTISEMENT
trump 1