the scene outside of the Surrey Law Courts was shocking as Yaniv was caught on camera violently assaulting Rebel Media reporter Keean Bexte. 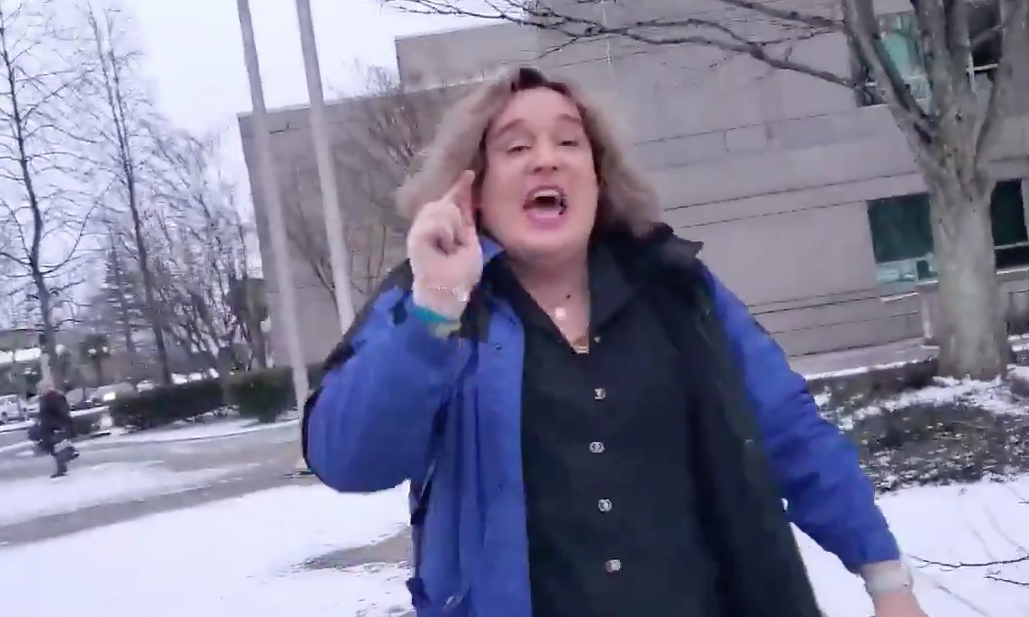 Jessica Yaniv is no stranger to violating other people’s rights, but the scene outside of the Surrey Law Courts was shocking as Yaniv was caught on camera violently assaulting Rebel Media reporter Keean Bexte.

Leaving the courthouse after appearing on prohibited weapons charges, Bexte is recording from a distance that appears to be well over fifteen feet. He asks Yaniv whether the trans activist will be pleading guilty, but is stopped short as Yaniv rapidly approaches and begins swiping at him with an outstretched arm.

Yaniv is heard shouting “Go! Go!” to the reporter, and despite Bexte’s rapid retreat, Yaniv continues to pursue, appearing to grab the reporter’s microphone. An off-screen scuffle ensues, with a brief frame catching Yaniv seeming to violently club Bexte over the head. Bexte is heard groaning in pain and for Yaniv to stop the assault.

When the camera reorients, Yaniv continues to chase Bexte, demanding he “go away from me!”

In the tweet attached to the video, Bexte states that Yaniv “punched me in the back of the head” and that he “[needed] an Advil.”

The Rebel Media reporter noted that there are multiple security cameras that may have caught the altercation and that he had spoken to police.

“Following Yaniv’s court appearance at the courthouse in Surrey I approached him outside – where filming was allowed. I had one question. I wanted to know if he would be pleading guilty or not. Within several seconds, Yaniv charged me and punched the back of my head while holding me down. Police have been reluctant to charge him before, and so I’m speaking to legal council to figure out my options to make sure this menace sees justice,” Bexte told The Post Millennial.

Bexte had been banned from reporting from inside the courtroom today where Yaniv had been appearing, with courthouse police capitulating to Yaniv’s demands to have him barred. Previously, Yaniv had also successfully demanded citizen journalist Donald Smith be prevented from entering the courthouse.

Earlier this evening, Yaniv confronted The Post Millennial’s Amy Eileen Hamm, falsely accusing her of taking photographs of Yaniv in the women’s washroom. The police searched Hamm’s phone at Yaniv’s request, finding none of the claimed photos.