BREAKING: Jim Jordan will not comply with Jan 6 committee request

"This request is far outside the bounds of any legitimate inquiry," Jordan told Thompson, "violates core Constitutional principles, and would further erode legislative norms." 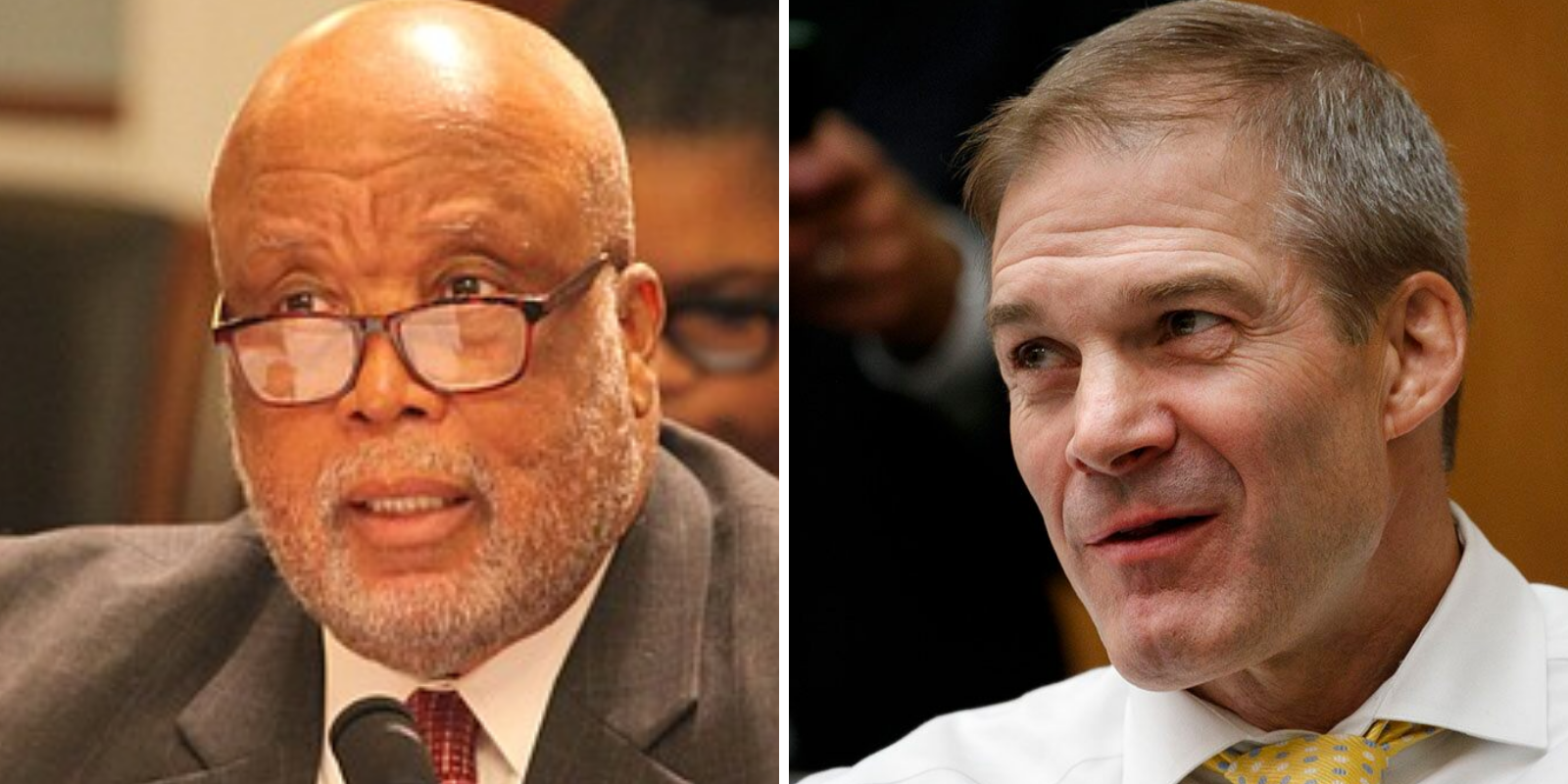 Ohio Congressman Jim Jordan has responded to Chairman Bennie Thompson of the Jan. 6 committee and declined to comply with their ask for him to cooperate with their investigation. "This request is far outside the bounds of any legitimate inquiry," Jordan told Thompson, "violates core Constitutional principles, and would further erode legislative norms."

Jordan told Thompson outright that he has "no relevant information that would assist the Select Committee in advancing any legitimate legislative purpose." He slammed House Speaker Nancy Pelosi for her "failure to ensure the appropriate security posture at the Capitol complex" on Jan. 6, 2021.

Jordan has repeatedly asked for records relating to that security posture, but has said that his inquiry has been obstructed by the Speaker's office, who has discretion over the Capitol Police.

He said that he "cannot testify about the Justice Department's ongoing law-enforcement efforts," noting that he is "aware of reports that the FBI has determined the violence was not coordinated or part of any 'organized plot to overturn the presidential election result.'"

Jordan was "present in the House chamber" at the time of the "security breach of the Capitol," he told Thompson and the committee.

In Thompson's letter of Dec. 22, 2021, he told Jordan the committee wanted information on each and every communication he had with former President Donald Trump on that day.

"We understand that you had at least one and possibly multiple communications with President Trump on January 6th," Thompson wrote. "We would like to discuss each such communication with you in detail. And we also wish to inquire about any communications you had on January 5th or 6th with those in the Willard War Room, the Trump legal team, White House personnel or others involved in organizing or planning the actions and strategies for January 6th."

Thompson went on to issue a request for further information, and to explain that the Jan. 6 committee was intent on looking into more than simply Jan. 6.

"Of course, the events on the day of January 6th are not our only focus.," Thompson wrote. "We also must learn about the activities that led to the attack on January 6th. Public reporting suggests that you may also have information about meetings with White House officials and the then-President in November and December 2020, and early-January 2021, about strategies for overturning the results of the 2020 election. We would also like to ask you about any discussions involving the possibility of presidential pardons for individuals involved in any aspect of January 6th or the planning for January 6th."

Thompson has not ruled out attempting to subpoena members of Congress, and also claimed that using the 5th Amendment, the right to remain silent, infers guilt.

In response, Jordan told Thompson: "Your attempt to pry into the deliberative process informing a Member about legislative matters before the House is an outrageous abuse of the Select Committee’s authority. This unprecedented action serves no legitimate legislative purpose and would set a dangerous precedent for future Congresses." He slammed Thompson and the committee for choosing "only to target Republican Members with demands for testimony about January 6."

Jordan believes that Pelosi, and others who were involved in overseeing the security of the Capitol campus should be questioned as well, about what they knew, authorized, or didn't authorize about how security operations were set up on that day.

It is "our suspicion that Democrats are using the Select Committee as a partisan cudgel against their political adversaries and not to advance any legitimate legislative purpose," Jordan told Thompson.

It is the conduct of the Jan. 6 committee that "reinforces the perception that it cannot be trusted to operate fairly or in good faith." He accuses them of violating civil liberties and failing to "operate transparently."

Jordan tracked through the brief but tumultuous history of the Jan. 6 committee, from their refusal to seat him and his colleague Congressman Jim Banks, despite their both having been appointed by House Minority Leader Kevin McCarthy, to their false accusal of former New York City Police Commissioner Bernard Kerick of having been somewhere he as not, the doctoring of text messages sent by Jordan and then Rep. Adam Schiff having represented them as factual, to false attribution of text messages to a member of Congress when they were not sent by any congressperson at all.

In closing, Jordan challenged the committee to give up spinning this endless Jan. 6 grievance, and to start focusing on what will really help the American people.