"I think she's afraid of getting to the truth," Rep. Jim Jordan told Sean Hannity. 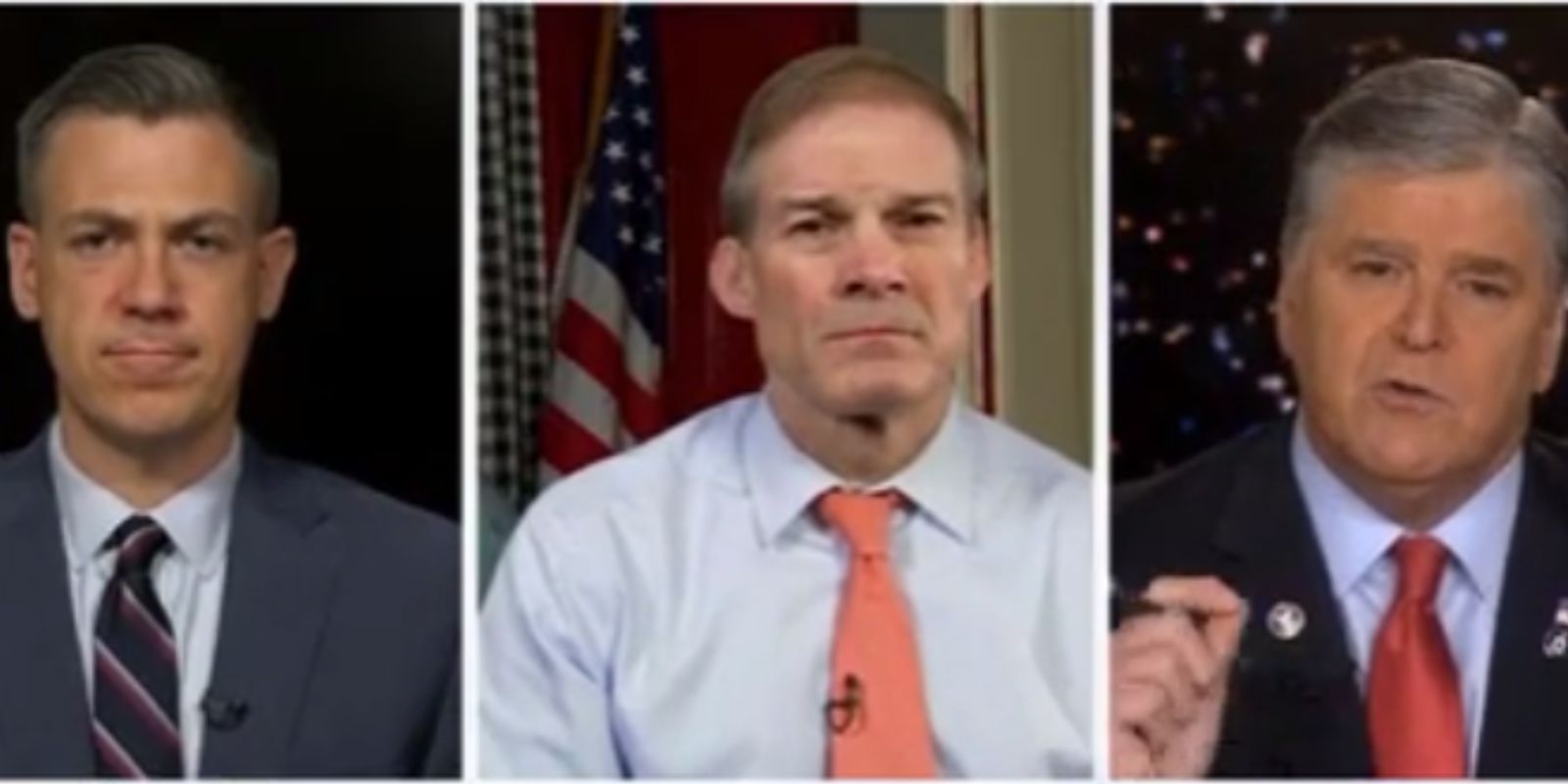 Representatives Jim Jordan (R-OH) and Jim Banks (R-IN) spoke to Sean Hannity on Thursday to talk about the major issues with House Speaker Nancy Pelosi's Jan. 6 committee, and her failure to provide requested records and documents pertaining to the Capitol Police.

Both Jordan and Banks were appointed to the special committee by Minority Leader Kevin McCarthy, but Pelosi refused to seat them. Hannity asked the congressmen why that was.  "Why were you kicked off the committee, and what are your thoughts about the issue of Nancy Pelosi and the mayor of DC rejecting Trump's call for troops ahead of time?

"I think that's why we were kicked off, because Jim and I were raising that question and then we found out she wasn't going to let us serve on the committee. First time in American history," Jordan replied.

"I think she's afraid of getting to the truth. Why is it that the Sergeant at Arms, Nancy Pelosi will not let them release the communications and documents that surround this whole decision. Why is that? They won't release the information," Jordan said.

"So, we got conflicting testimony between the Capitol Hill Police, who said the police chief said he requested the National Guard be there on January 6; the Sergeant at Arms says 'no, you didn't.' Conflicting testimony. So one guy says we asked for it, one guys says we didn't. The guy didn't is the one who answers directly to the Speaker's office, and that office will not release the communication between that office and the Sergeant at Arms," Jordan said.

Hannity alleged that perhaps the records no longer exist.

"Why doesn’t this committee call before and subpoena Nancy Pelosi, the Sergeant at Arms, the Capitol Police Chief, and Mayor Muriel Bowser? Why aren’t they being called?" Hannity asked Banks.

"And it gets very uncomfortable when you go down that path, you realize the breadcrumbs lead to Nancy Pelosi’s office," Banks continued. "That distracts from the circus, the narrative. Today was 'January 6: The Musical' at the Capitol.'"

"Going down and following the breadcrumbs to Nancy Pelosi’s office means that she was negligent. She oversaw a systemic breakdown of security at the highest levels of the Capitol Police that led to the Capitol being un-secured on January 6. That gets very uncomfortable for Democrats to go down that path," Banks said.

"We lost dozens of Americans, thousands of injured cops, billions in property damage – the Democrats were either silent or said the protests in [the] summer [of] 2020 were 'mostly peaceful.' Where’s that committee [to investigate]?" Hannity asked later in the interview.

"Twenty four hundred police officers were hospitalized from BLM riots in Summer 2020, Sean. And I never heard a Democrat breathe a single word about those police officers because it doesn’t fit into their anti-Trump, their anti-Trump voter narrative. They don’t want to talk about that. They obviously want to create the circus they’ve created today."