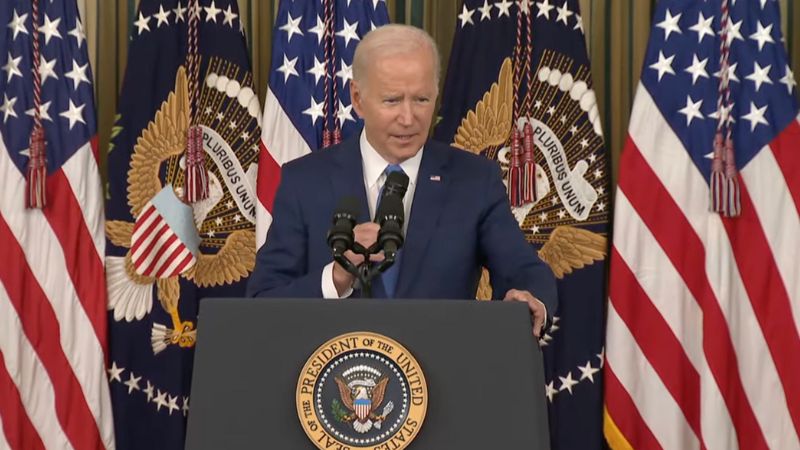 Speaking in regards to the midterm elections on Wednesday evening, President Joe Biden once again set his sights on MAGA Republicans and former President Donald Trump.

In response to a question regarding whether the midterms would mark a "shift in terms of people being willing to show more decency" and a break in the "fever" across the nation, Biden said that "I don’t think we’re gonna break the fever for the super mega MAGA Republicans."

"I mean, I think they’re a minority of Republican parties. I think the vast majority of the members of the Republican Party would disagree strongly on issues, but they’re decent, honorable people, we have differences of agreement on issues," said Biden.


Biden continued on to speak of comments said to him at the G7 meeting soon after his inauguration, saying, "what would you say, Joe, if in fact you went to bed tonight here in England and woke up the next morning and found out that 1,000 people had stormed the Parliament of Great Britain, gone down the hall, broken down the doors, two cops ended up dying, a number of people injured, and they tried to stop the confirmation of the election?"

When asked about his 2024 intentions, Biden said, "My intention is that I run again, but I am a great respecter of fate and this is ultimately a family decision. I think everybody wants me to run."

With regards to a potential 2024 run from Trump, Biden said, "We just have to demonstrate that he will not take power if he does run, making sure he, under legitimate efforts of our constitution, does not become the next president again."
ADVERTISEMENT
ADVERTISEMENT
biden midterms