BREAKING: Posobiec confronts Stewart, then both agree to help vets

"Jon Stewart and I have decided to come to an agreement, have we not, Jon?" Posobiec asked. "Yes sir," said Stewart. 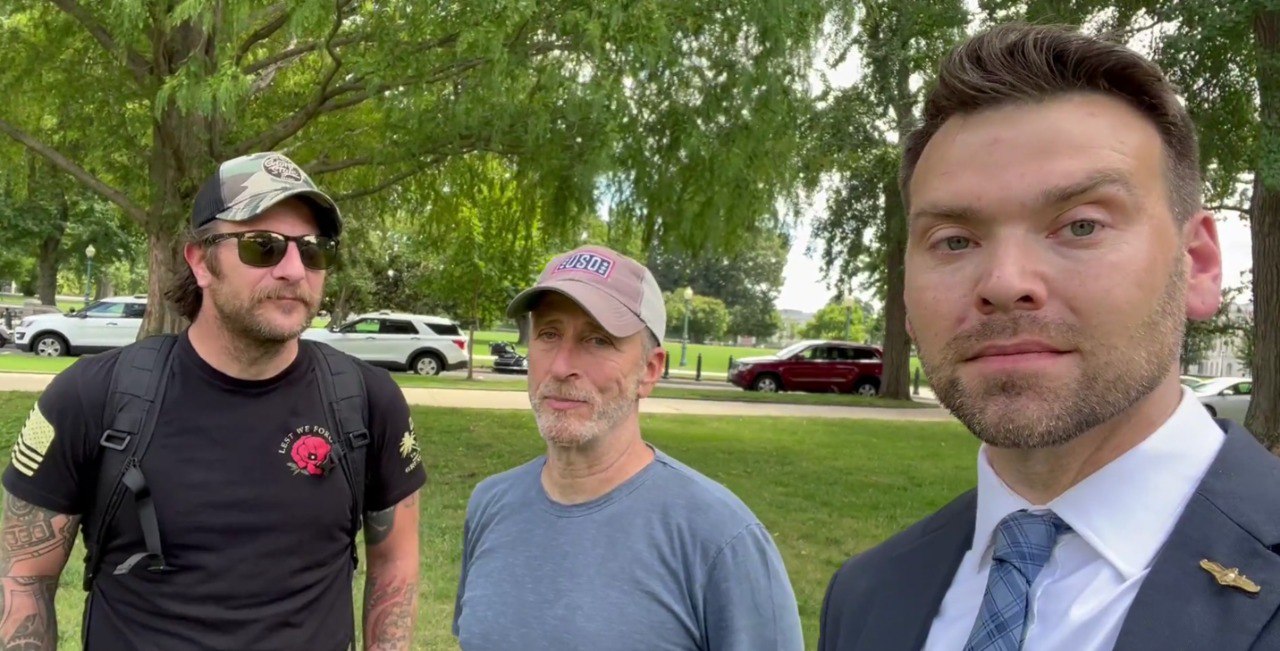 After Jack Posobiec called out comedian Jon Stewart for lying about a Senate bill meant to provide funding for veterans suffering the ill effects of burn pits, Posobiec and Stewart had a confrontation in Washington, DC.

While it began contentiously, the two men eventually came to terms. "Jon Stewart and I have decided to come to an agreement, have we not, Jon?" Posobiec asked.

"I lost my temper a little bit, I felt like I was being trolled, and I realized the important thing is just got to get this done for these guys, and get them over the finish line to get them the health care they need," Stewart said.

The bill that is being stalled in the Senate over egregious extra spending pushed into the bill by Democrats is meant to give resources to veterans who suffered exposure to toxic chemicals in burn pits. "A burn pit is an area used for burning solid waste in open air without equipment," the bill states.

This practice was undertaken in Iraq, Southwest Asia, Afghanistan, and other locations across Asia and the Middle East.

Most of the Senate understands the importance of passing this act, and of getting veterans the health care they need. However, it has been held up in Congressional red-tape, essentially.

It was originally passed in June, but then was required to be put up for a revote after the House made a change to the legislation. The change in the bill up for a vote before the Senate, according to the Congressional Budget Office, was to the tune of $400 billion in completely unrelated spending.

Posobiec looked into these changes, and brought the receipts to Stewart on Twitter. This after Stewart freaked out at the GOP, saying that the GOP senators didn't care about vets.

When Posobiec spoke to Stewart in DC, Stewart had initially screamed in his face as well.

"These people have suffered for 15 years," the comedian told the Navy veteran, pointing in his face, and when Posobiec asked why Stewart was calling him names, Stewart said "because you're a fucking troll."

Posobiec pointed out that he was "for the bill," which he also noted was true for Republicans in Congress. The only reason the bill was voted down last week is because Democrats had added a substantial amount of discretionary spending that had nothing to do with veterans or their health issues.

Stewart, instead of engaging in any kind of dialogue, continued screaming. However, a short time after the initial, unhinged encounter, the two men were seen in a much more congenial circumstance.