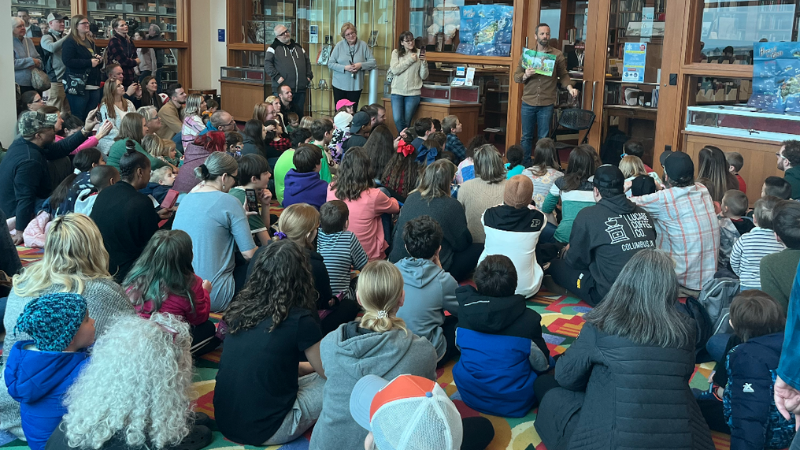 Kirk Cameron held a reading of his new children's book As You Grow at the Indianapolis Public Library, and the small room allotted to him by the library was packed to overflowing with parents and kids. Cameron's reading drew the biggest crowds to the library in 137 years, a spokesman for Cameron said.

This after the library had initially refused to host Cameron and Brave Books, claiming that the message of the book did not align with their values. These are libraries that routinely host Drag Queen Story Hours, and 53 other libraries simply refused to host him. "The turnout at the library was far beyond what we expected," a spokesman for Cameron told The Post Millennial about the Indianapolis event. "Thousands showed up."

Cameron spoke to the crowds who came to hear him read, with gratitude for their attendance, and was met with cheers and applause from parents and kids.

As You Grow, out from Brave Books, "teaches kids biblical wisdom, through the seasons of life and how to grow the fruits of the Spirit, which are love, joy, peace, patience, kindness, goodness, gentleness, faithfulness, and self-control," Cameron told The Post Millennial.

It was this message that had parents lining up well above the capacity of the small room allotted for the reading. A spokesman for Cameron said that they planned to do multiple readings to accommodate all of those who wanted to hear. "There's a line out the library," he told The Post Millennial.

One woman posted video to Facebook of the lines to get into to hear Cameron read, saying that the library had denied Cameron access on account of there not being enough interest. The video of the massive lines shows clearly that public interest was not the issue, but that it was the library's interest that was absent. 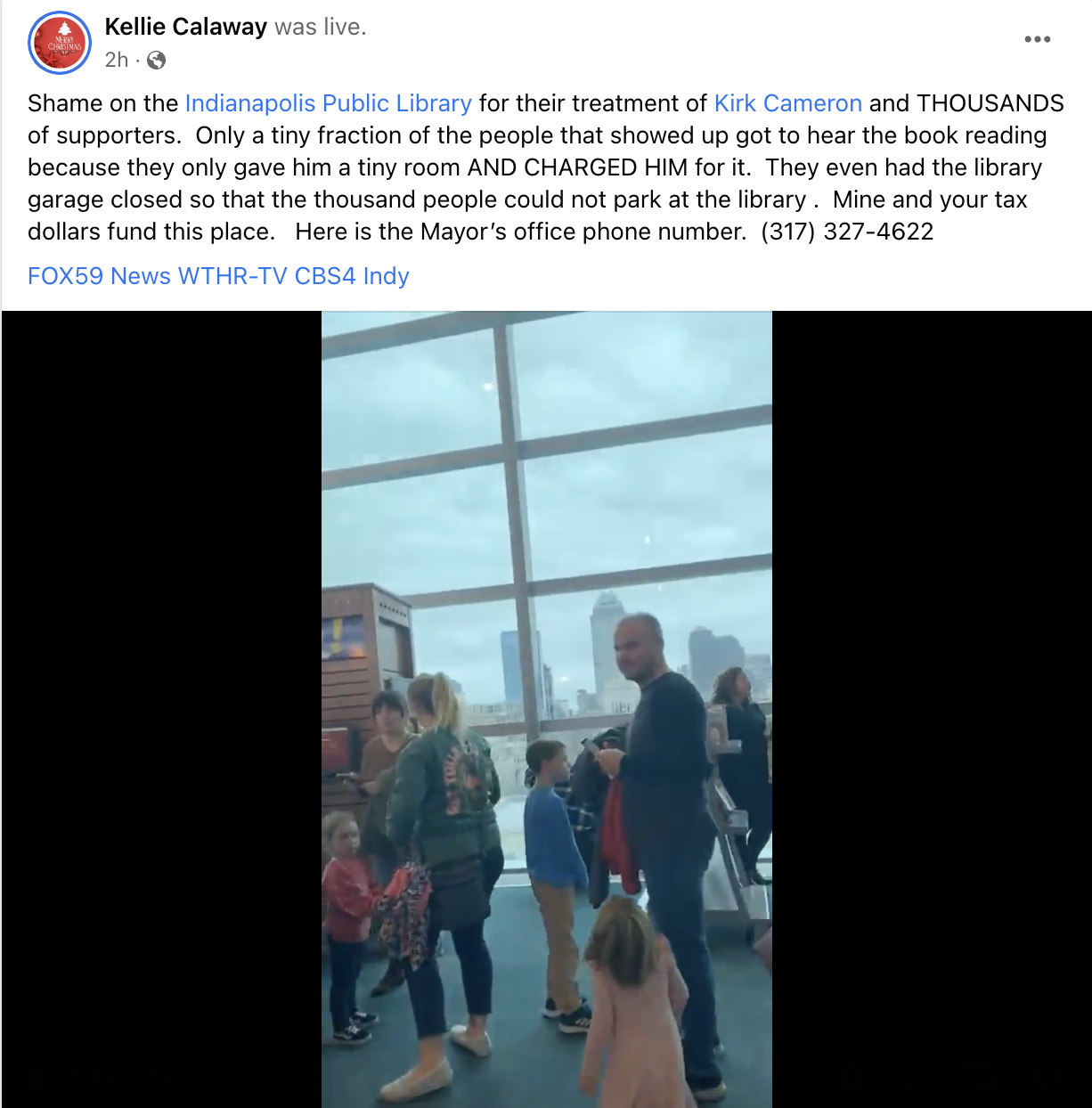 Another mom posted photos of her family attending the reading, along with the long lines, saying "Thank you JESUS for showing up with thousands to push back against this world’s agenda—if they can do “drag queen read alouds” at the Indianapolis Public Library then read alouds for Jesus Christ should be just as welcomed! Shoutout to Kirk Cameron for persevering for Christ." 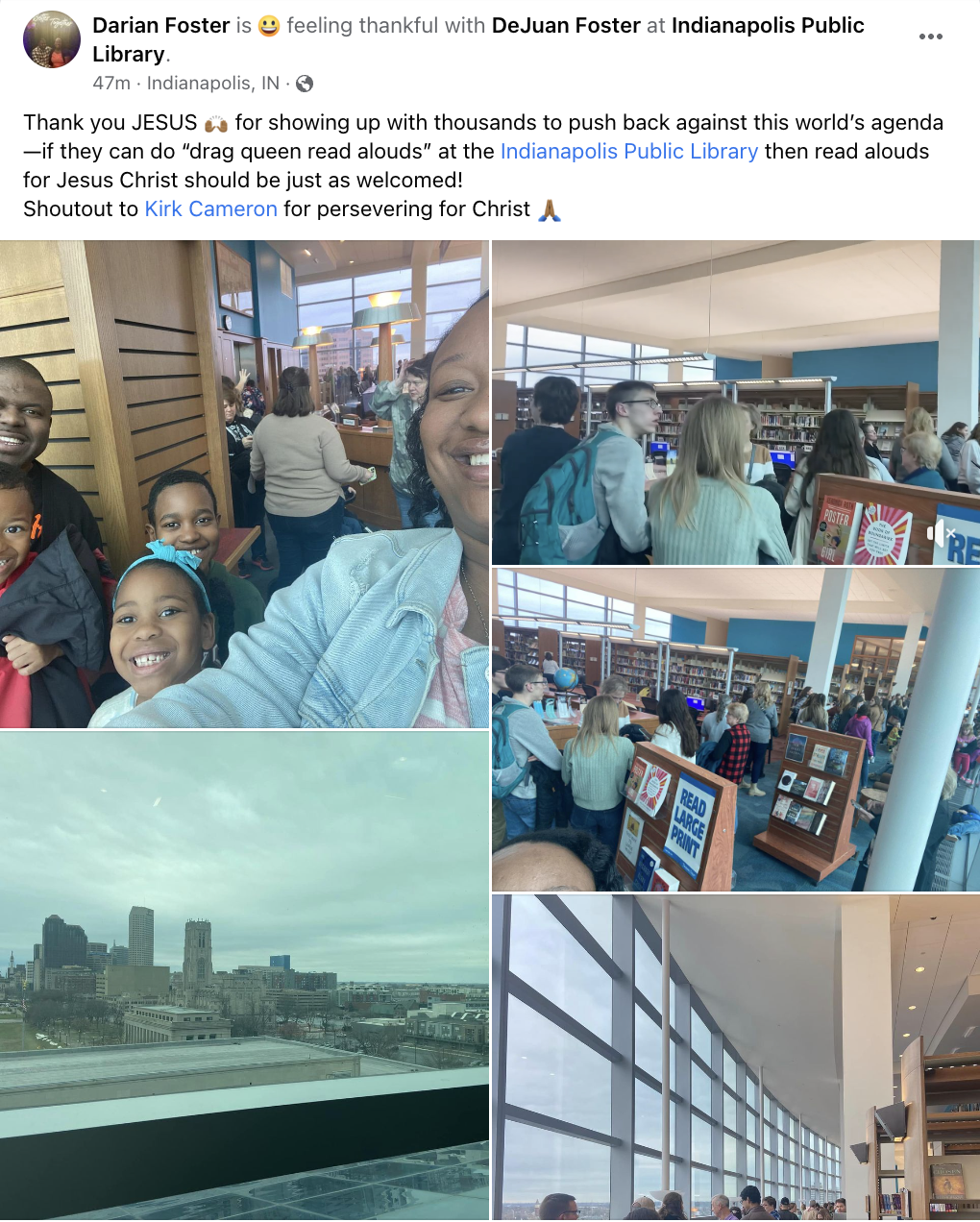 Cameron approached the Indianapolis Public Library about hosting a reading, and they were not interested in having Cameron read As You Grow. In response, Cameron penned a letter to the library, asking them to reconsider.

"One of the aspects that has always made this country great," he wrote to the Indianapolis Public Library, "is the free expression of ideas essential to an informed citizenry. That is why I was surprised to learn from my publisher that you were not interested in having me join your patrons for a reading of my new book."

"I hope you will revisit that request," he continued, noting that the Indianapolis Public Library informed Brave Books that they have about their "strategic plan for author visits" that "includes a push for 'authors who are diverse.'" That diversity, it turns out, was purely for "authors of color."

But the parents of Indianapolis were interested, so interested that they packed the small, out-of-the-way, 6th-floor room that Brave Books had reserved for the event. There's an auditorium in the library that seats 300 people. When asked about the low capacity, the library said that the Brave Books team "never asked for the biggest room."

Friday sees Cameron reading at another library that had declined to host him, the Scarsdale Public Library, in Scarsdale, New York. The library claimed that they never declined the request for a reading of the children's book based in Christian values, but that Brave Books had not completed the right paperwork.

Scarsdale has explicitly stated that the reading of As You Grow "is not a library-sponsored program, but rather a meeting room rental, that cannot be rejected based upon political or religious content under the First Amendment."

"They broke the law by denying us space to do our story hour, so now they are covering their tracks by saying they were refusing to sponsor a story hour. One, that’s a lie. We have the emails and recordings. Two, they still are sponsoring DQSH but refuse to sponsor Kirk’s book. That’s a huge deal," Talbot continued.

Indianapolis and Scarsdale have both boasted about their Drag Story Hours. 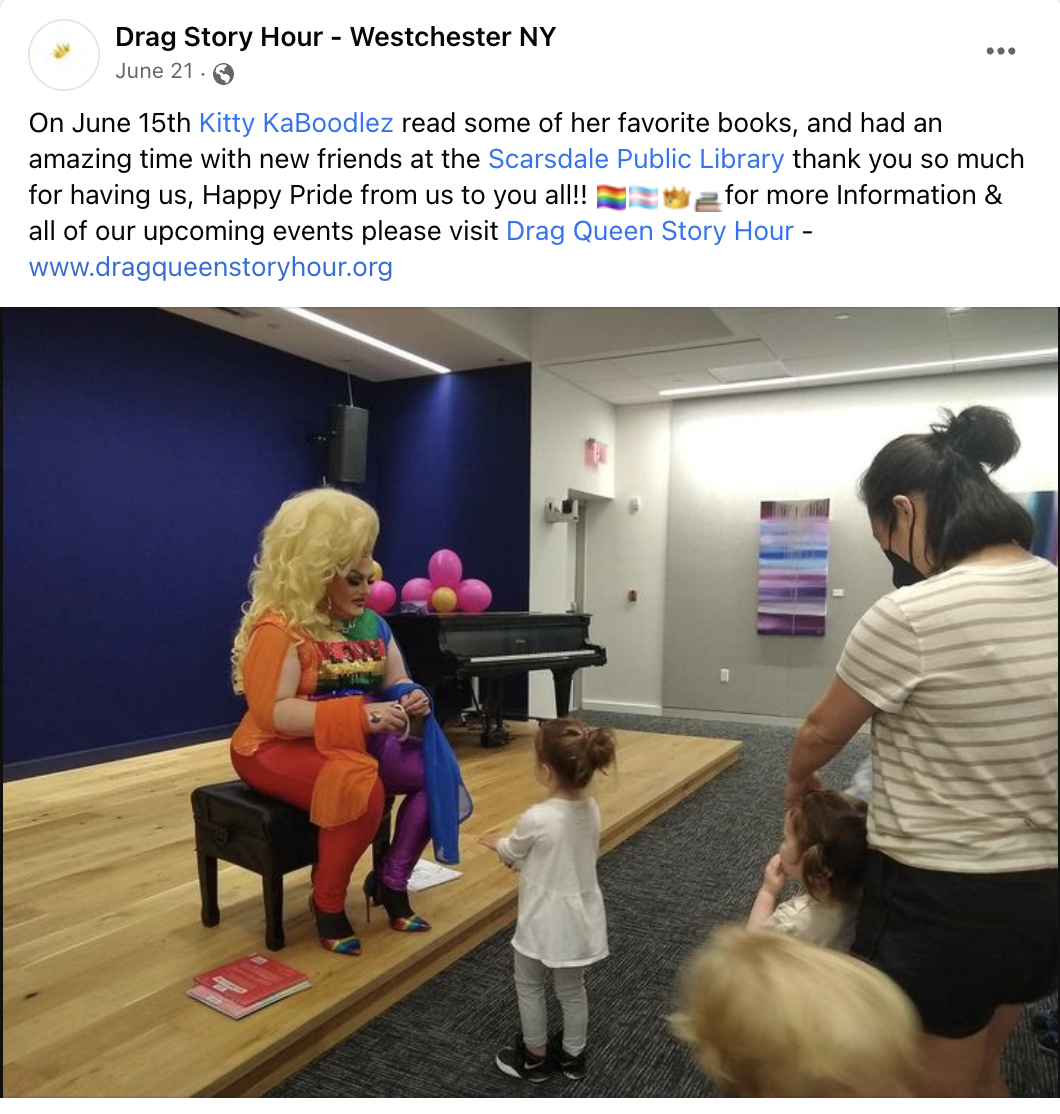 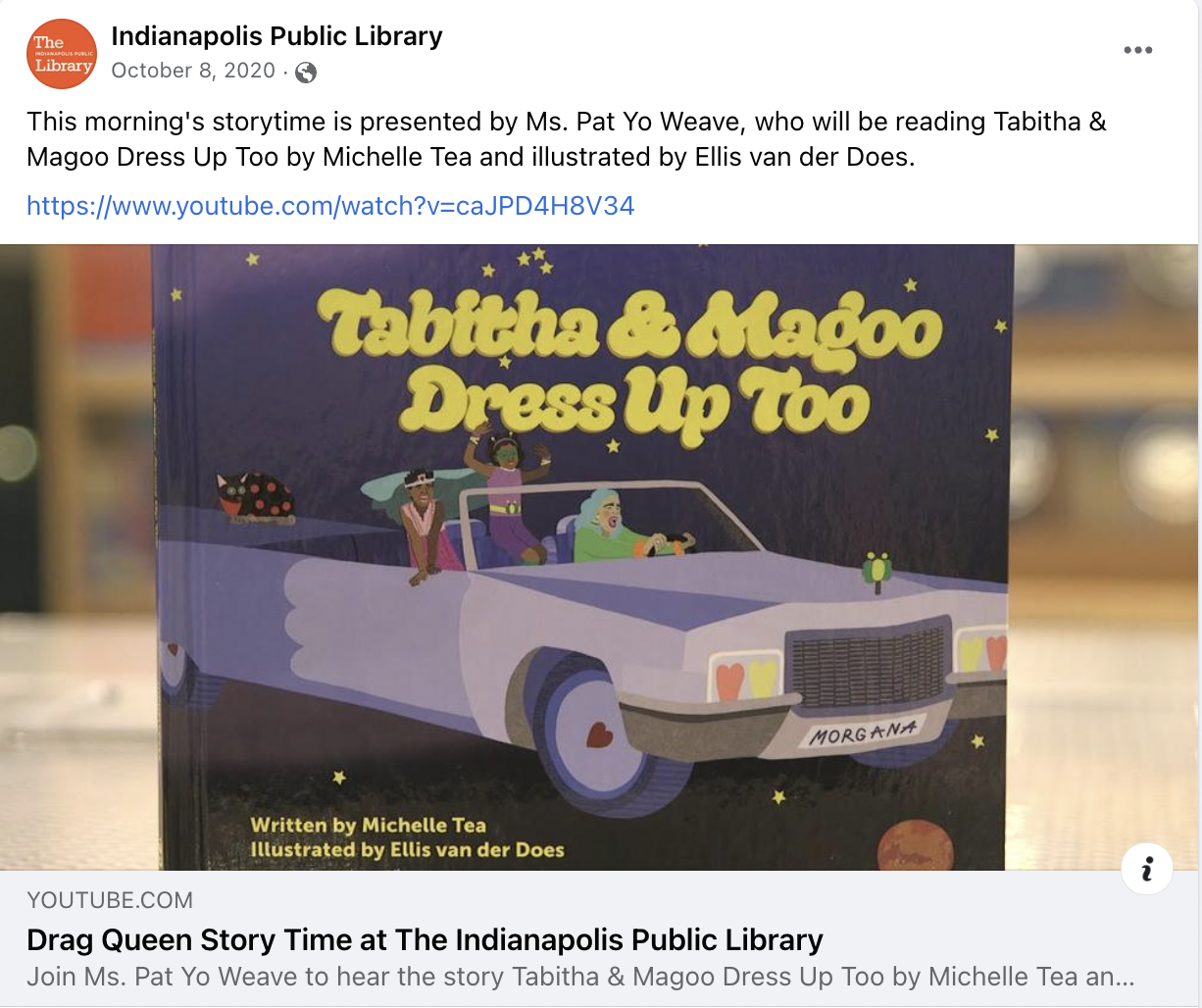 These, apparently, are the values that align with the collective ethos of the Indianapolis and Scarsdale Public Libraries.