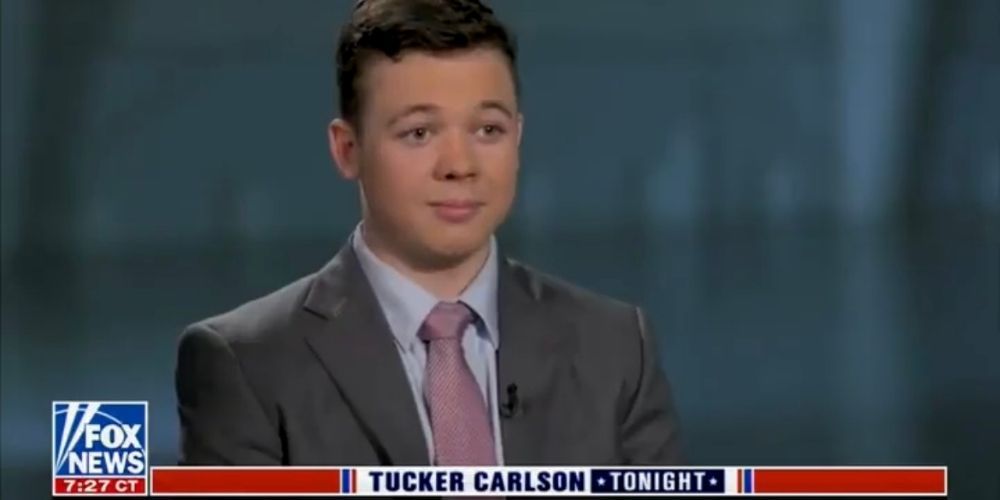 "It's actual malice defaming my character for him (President Biden) to say something like that," Rittenhouse told Carlson in response to Biden calling him a "white supremacist."

Carlson asked Rittenhouse what he would say to the President if given the opportunity in which Rittenhouse replied, "Mr. President, if I could say one thing to you I would urge you to go back and watch the trial and understand the facts before you make a statement."

Rittenhouse went on to explain to Carlson that he spent 87 days in jail because his former lawyers, Lin Wood and John Pierce, told him he would be safer in a cell rather than being at home. He said they took advantage of him, made false accusations that he was in a militia, and pressured him to do media interviews which Kyle noted was a bad decision.

"Lin Wood was raising money on my behalf and he held me in jail for 87 days, disrespected my wishes, and he put me on media interviews which i should never have done," Rittenhouse said. "He said 'Oh, you're going to go talk to the Washington Post,' which was not a good idea."

"Lin Wood along with John Pierce said I was safer in jail instead of at home with my family. I lost a lot of weight in there," Rittenhouse explained. "87 days not being with my family for defending myself and being taken advantage of."

Rittenhouse explained that his former lawyers raised enough money to post bail in mid-September but Wood and Pierce kept him in jail until late-November. He said they were "using" him and raised money for their own benefit instead of trying to "set him free."

"It was scary in jail. You had to watch over yourself and not alot of people liked me in jail...but they got to hear my story and got to understand me like, 'he's actually a really decent person and not this person that the media painted him out to be.'"

The Fox News host asked Kyle Rittenhouse if he had any sense of how his case was being talked about in the outside world while in jail in which Rittenhouse said he was shielded from the news and was shocked to hear that John Pierce said he was in a militia after he was bailed out.

"John Pierce said I was in an unorganized militia which is just blatantly false. I didn't know what a militia was until after the fact, until November 25, when I was watching some of the interviews he did," Rittenhouse explained. "I was like 'no wonder people are saying I was in a militia', he painted that narrative."