BREAKING: Kyle Rittenhouse found not guilty on all charges

This comes after two weeks of testimony, and four days of jury deliberation. Rittenhouse had pleaded not guilty to all charges. 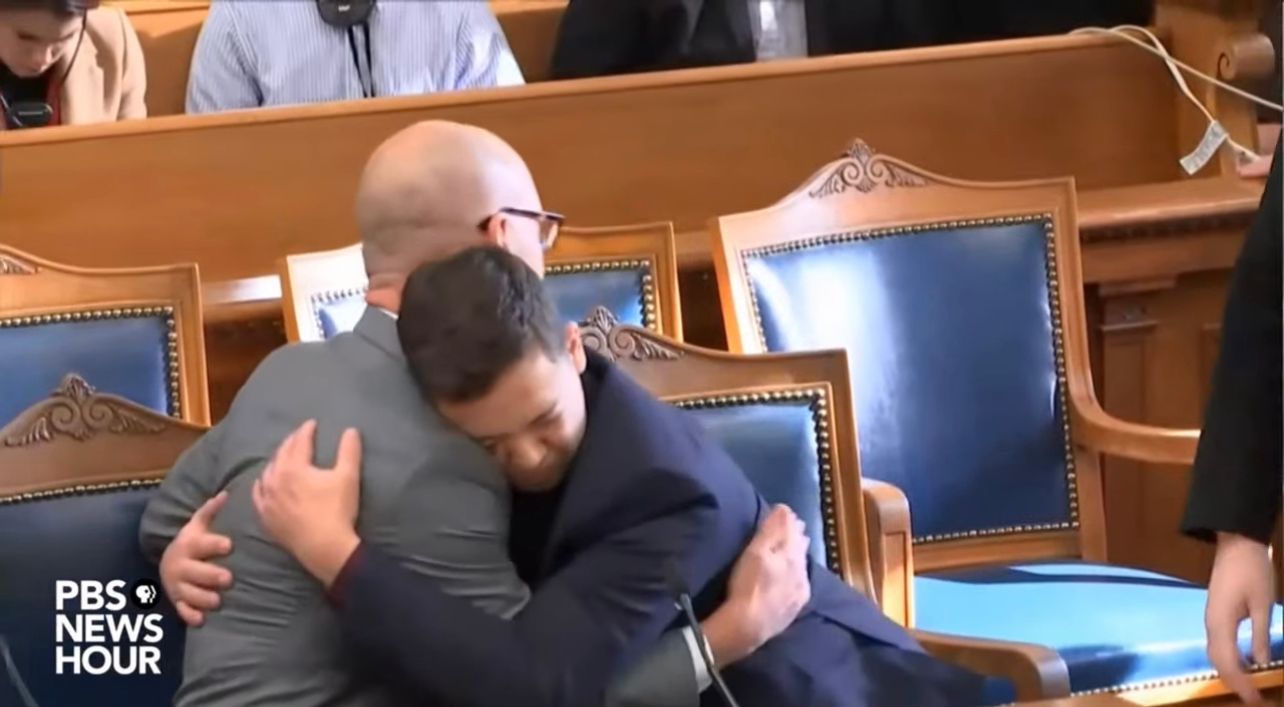 After closing arguments were made on Monday, the jury in the Kyle Rittenhouse case found the defendant not guilty on all charges after four days of deliberations. Rittenhouse had pleaded not guilty to all charges. They reached only one verdict on the three remaining charges.

Two additional charges, one for possession of a gun and another for breaking curfew, were dismissed by presiding Judge Bruce Shroeder.

Prior to the reading of the verdict to the courtroom at large, Schroeder looked through it himself, and instructed the court that no egregious reactions would be tolerated, and that anyone who did, "no matter how strongly they feel," would be "whisked out of here" by law enforcement.

"Has the jury reached a verdict as to each count of the information?" Schroeder asked. "One verdict?" He instructed the court to rise as the verdict was read.

Rittenhouse collapsed to the floor, and was helped to a seat by his attorney, who he then embraced in tears.

Judge Schroeder asked the jury if this was their unanimous verdict, and they said that it was.

"Okay, folks, your job is done," Judge Schroeder said in closing, "and we started just about three weeks ago." He praised their work, and instructed them that they have no obligation to talk to anyone in the media about their work on the case.

The prosecutor, Assistant District Attorney Thomas Binger, made his case that the mob that pursued Rittenhouse was "full of heroes" and acted correctly when advancing on him and attempting to take his gun. Binger also claimed that "you lose the right to self-defense when you're the one who brought the gun."

The defense attorney argued that Rittenhouse, pursued and chased by an angry mob, his life threatened by Joseph Rosenbaum, beaten with a skateboard by Anthony Huber, and finally threatened with a handgun by Gaige Grosskreutz, acted in self-defense.

Prior to the release of the verdict, Wisconsin Governor Tony Evers had mobilized the National Guard to protect Kenosha from rioting and protests that may ensue as a result.

The case to determine whether or not Rittenhouse acted in self-defense when he was, as he and one of the men he shot testified, pursued by a mob of angry rioters bearing weapons, was widely perceived by progressive media as one having racial implications. Rittenhouse, and the three men shot on the night of August 25, 2020, were all white.

Mainstream media reported consistently that Rittenhouse was in attendance at a Black Lives Matter protest in the city of Kenosha, but local news reported that the city was gripped by riots beginning on the night of August 23, when Jacob Blake, a black man, was shot by police as they were trying to enforce a restraining order.

Some media reports also claimed that Blake was killed. He was shot seven times and was paralyzed. That shooting, coming almost three months to the day after George Floyd was killed by police in Minneapolis, Minn. on May 25, 2020, sparked three days of rioting.

During those riots, many businesses were torched by arsonists, and a curfew was put in place, as residents of the small city on Lake Michigan feared for their property and their lives.