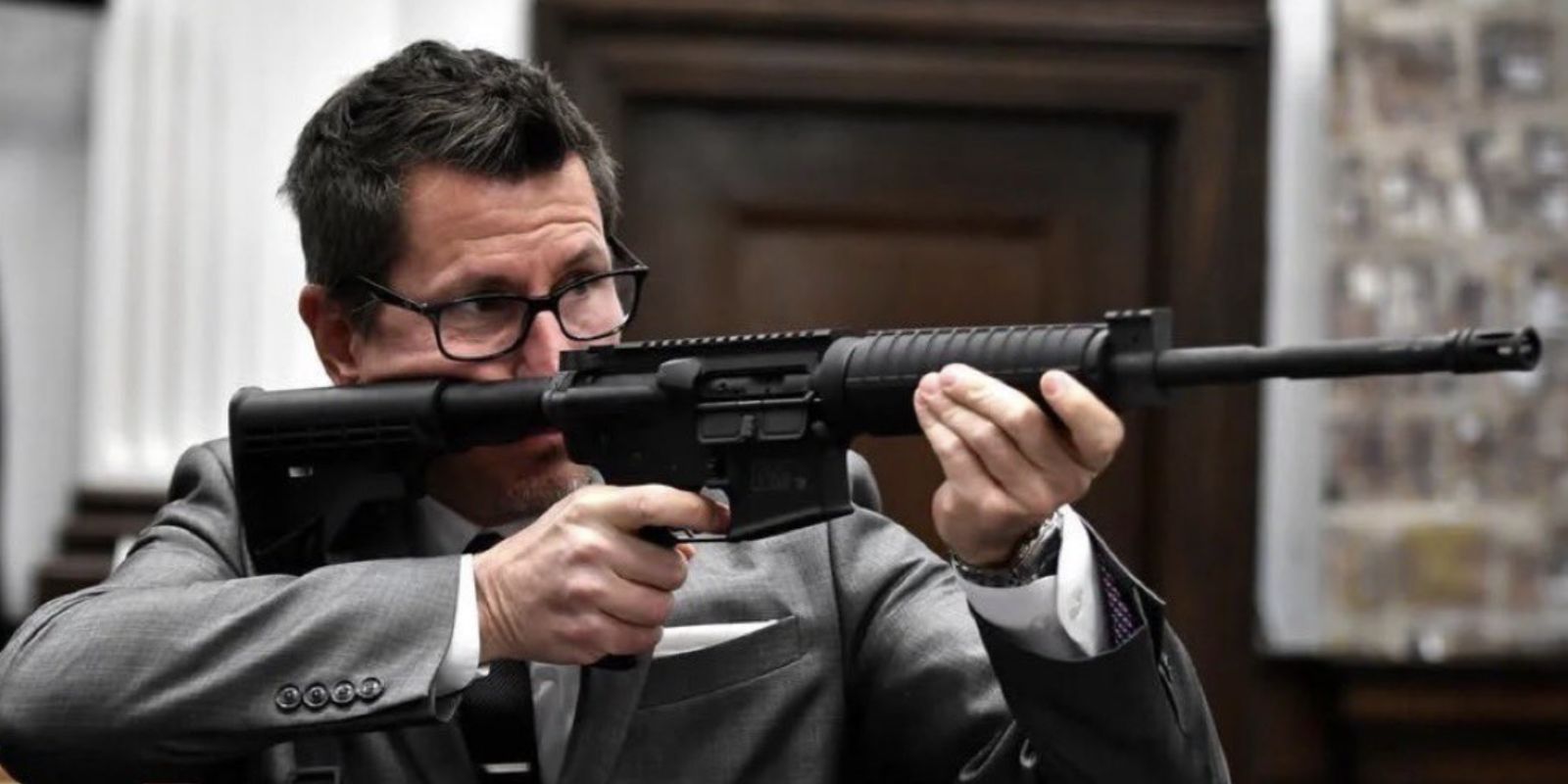 In his closing arguments on Monday, Assistant District Attorney Thomas Binger gave his assessment that the mob who was pursuing Kyle Rittenhouse during riots in Kenosha, Wisc. on the night of August 25, 2020. He claimed that the mob did "the right thing" and was "full of heroes."

In so doing, he compared Rittenhouse to a criminal engaging in criminal acts during the riot, despite there having been no charges against Rittenhouse for any criminal activity leading up to the shootings, which he has testified were in self-defense.

"Is it reasonable for a criminal to be able to shoot himself out of a crime scene?" Binger asked the jury. "When a bank robber robs a bank and runs away, and the crowd comes in, he just shoot anybody and claim self defense? If someone comes up to that person and tries to stop them tries to disarm them, like Anthony Huber did, do they forfeit their life?

"Did Anthony Huber forfeit his life by trying to be a hero and stop an active shooter and protect others? Is that justified? Can the defendant just kill him?" Binger asked.

"In this case, the crowd was right," Binger asked. "The crowd knew the definitive just shot someone. When they're coming after him. They they know he's just shot and killed Joseph Rosenbaum. But you know what, not every active shooter situation is the crowd have perfect knowledge. When they're told that person running up the street just shot someone, we don't have time in the moment to go back and take a look at the body and read it to make a decision before going after the person with a gun.

"You know, we've had several police officers testify that an active shooter situation their first instinct their first training is to go in and stop the threat. They don't sit there and wonder 'well maybe it was self defense. I don't know. I'm gonna you know, let's wait and see.'" He continued.

Binger tracked through Joseph Rosenbaum's actions of that night, when he was engaged in riot activity and civil unrest. "So, what does he do that night? Oh, let me tell you all the awful things Joseph Rosenbaum did," Binger starts in.

"He tipped over a porta-potty that had nobody in it. He swung a chain. He lit a metal garbage dumpster on fire," claimed Binger, not mentioning that a witness had testified that this dumpster was then immediately pushed at police vehicles which were occupied.

"Oh, and there's this empty wooden flatbed trailer that they pulled out into the middle of the road, and they tipped it over to stop some BearCats [armored personnel carriers being used by Kenosha police], and they lit it on fire."

"Oh, and he said some bad words, he said the n-word," continued Binger, ending with a bizarre "tsk tsk tsk tsk" sound and waving his finger at nobody.

Binger  once again leaves out further relevant information. Both eyewitness testimonies and even videos revealed in court indicated that Rosenbaum also tried to take Rittenhouse's rifle away from him right before he got shot. Witnesses also stated that they heard him make death threats to Rittenhouse at that time.

Binger pointed a gun in the courtroom, his finger on the trigger, leading many to point out that Binger has no idea how to use or hold a gun, and has no concept of gun safety.

"If he were alive today, like Joshua Ziminski, I'd probably try and prosecute him for arson, but I can't, 'cause the defendant killed him," Binger said, having previously noted that he would prosecute Ziminski for arson in January, 2022.

"But that's the way we deal with people who do these things. When you commit arson, we prosecute you. We don't execute you in the street."

"And I'm not here to say that the things that Joseph Rosenbaum did were good, or that I condone that kind of behavior, not at all! But he didn't deserve to die for it. You can't kill someone for these things."

"He [was] 5'4", 150 pounds. Jason Makowski characterized him as 'a babbling idiot.' Makowski said 'I turned my back and walked away; this guy wasn't even a threat.'"

"I think we all know somebody like Joseph Rosenbaum, the Napoleon complex, the little guy who just wants to chatter, but when it comes down to it, it's all bark, it's no bite. It's like a little dog, 'bark bark bark bark bark'. Ain't gonna do anything," concluded Binger.

Both of the men Rittenhouse killed on August 25, 2020, had lengthy criminal records. Rosenbaum has an open misdemeanor case for jumping bail less than a month prior to the riots in Kenosha. Part of his terms were "Not to Possess or Consume Alcohol. *Not To Possess or Consume Controlled Substances w/o a Prescription. No contact including the residence, electronic or 3rd party with: Kariann S, Park Ridge Inn." He also had open cases for battery and disorderly conduct, both domestic abuse charges.

On the day of the shooting, Rosenbaum was released from a hospital, to which he had been admitted for a suicide attempt. He was reported to have bipolar disorder.

Huber had a disorderly conduct conviction, also from domestic abuse. A lengthy rap sheet shows drugs convictions, use of dangerous weapons, and strangulation and suffocation charges, as part of domestic abuse cases. He had many incarcerations during the three-year period between 2016 and 2019.

Wisconsin Right Now reports that "The bottom line: Rosenbaum was a registered sex offender who was out on bond for a domestic abuse battery accusation and was caught on video acting aggressively earlier that night. Huber was a felon convicted in a strangulation case who was recently accused of domestic abuse. Grosskreutz was convicted of a crime for use of a firearm while intoxicated and was armed with a handgun when shot."