"I am now telling other large donors to quit giving to the RNC and instead give to organizations that actually make a difference. It would be really nice if you could make a change that would give Republicans across the nation the confidence to invest in the RNC again. Currently, the RNC is a poor investment for most of America." 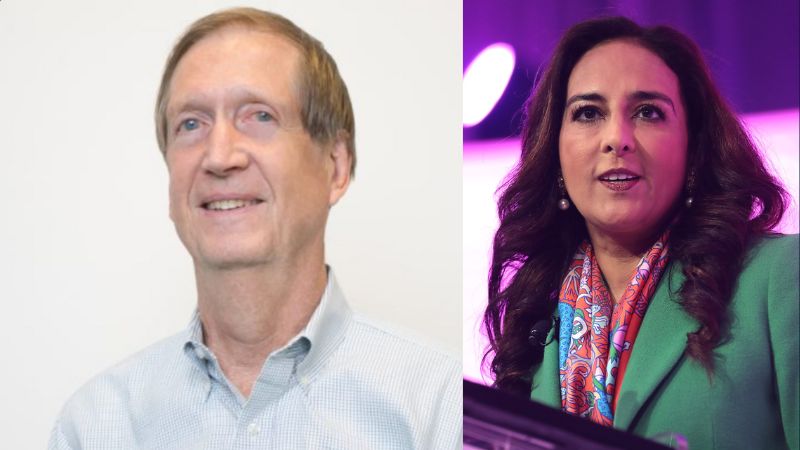 HCSS founder and former CEO Mike Rydin has become the latest major Republican National Committee (RNC) donor to back Harmeet Dhillon for the committee's next chair. In a statement sent to all members of the RNC, Rydin announced that he would be joining the likes of other major GOP donors like Dick Uihlein of Uline and Home Depot's Bernie Marcus in backing Dhillon over current chair Ronna McDaniel.

Rydin, who has donated hundreds of thousands of dollars to the GOP, said in a statement that the RNC is becoming less and less effective against "a Democratic Party that is trying to destroy this country."

Speaking directly to the RNC, he writes, "Why can you not see that?  You are like the frog that sits in water waiting to be boiled. Our country is never going back to the good old days where you can do nothing of substance, run stupid and often insulting TV ads, and still win. The Democratic Party machine has outsmarted you every step of the way and the same RNC chair who cannot figure out how to win against the worst possible candidates imaginable is not going to save this country."

He continues: "Perhaps you could be excused for losing the 2020 election because we were taken by surprise. There is no excuse to have done so poorly in the midterm election. The Party needs new leadership. A good leader doesn’t continually make excuses - they just figure out how to get the job done."

Rydin then endorses Harmeet Dhillon, writing "We need a leader with the legal experience and expertise to beat the Democrats at their own games, and I think Harmeet Dhillon is that leader."

"And perhaps you think it doesn’t matter whether we win or not because regardless of which party is in power, life will continue to get better and better here in the US for you and your children. Perhaps you think that massive illegal immigration with no checks on who comes into this country isn’t important. Perhaps you think that begging dictators for energy doesn’t matter, or that an educational system that pushes propaganda and silences any opposing thought instead of teaching critical thinking and useful subjects doesn’t matter. What about encouraging kids to attempt to change their gender at an early age and systematically trying to get white people and people of color to hate each other with CRT?  The list goes on.

"The people who are trying to destroy this country know what they are doing and too many in our party are clueless. We need a leader who understands why this is happening, how to fight it, and who wants to fight it. This leader is Harmeet Dhillon," he wrote.

"I am now telling other large donors to quit giving to the RNC and instead give to organizations that actually make a difference. It would be really nice if you could make a change that would give Republicans across the nation the confidence to invest in the RNC again. Currently, the RNC is a poor investment for most of America," the statement concluded.

Rydin has become the latest figure to back Dhillon, as many continue to shy away from McDaniel. Last month, Nebraska GOP head Eric Underwood rescinded his endorsement of the incumbent chair. A recent poll of 1,000 Republicans found that Dhillon has the support of nearly 90 percent of the party.
ADVERTISEMENT
ADVERTISEMENT
dhillon