At 9 am a suspect wearing a gray shirt and body armor with an AR-15 and nail gun tried to breach the visitor screening center at the Cincinnati FBI offices. 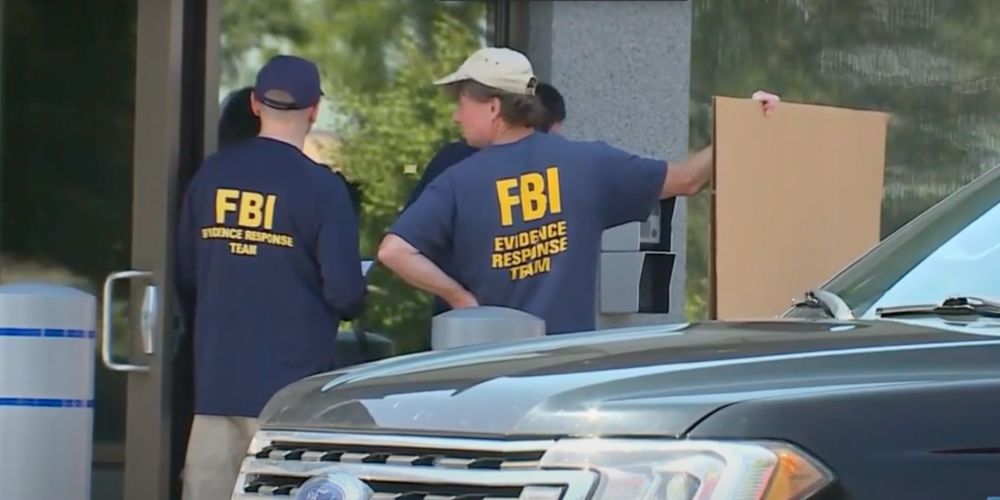 Law enforcement officers are reportedly in a "active standoff situation" with a man in a cornfield who attempted to breach the visitor screening area of Cincinnati's FBI office, armed with a firearm as well as a nail gun.

According to the Washington Post, Clinton County Emergency Management Agency said the man "has not yet been taken into custody, but is contained." after the incident, which occurred at around 9 am.

ABC news reported that the standoff is at a cornfield where the suspect is hiding.

FBI wrote on Twitter earlier in the day, "At approximately 9 AM this morning an armed subject attempted to breach the Visitor Screening Facility at #FBI Cincinnati. After an alarm and a response by FBI special agents, the subject fled north onto Interstate 71."

According to local news the man was described as wearing a gray shirt and some kind of body armor, and was armed with an AR-15 as well as the nail gun. He reportedly got into a white Ford Crown Victoria and fled north on I-71.

Authorities closed down Interstate 71 in both directions between US 68 and State Route 73 in Clinton County, Ohio and a lockdown is in place within a one-mile radius around the intersection of Smith Road and Center Road.

Lt. Nathan Dennis, a spokesperson for the Ohio State Highway Patrol, said that the man refused to pull over for police, instead choosing to fire at them. At a later point, when the man stopped his car at an over pass, he got out and exchanged gunfire with officers.

Dennis said that no officers have been injured, but would not specify the identity of the suspect or whether he has been injured, according to CNN.

update as of 4:39 pm - local news reporter Kelly Rippin tweeted that the standoff has ended but there are "still a lot of questions."