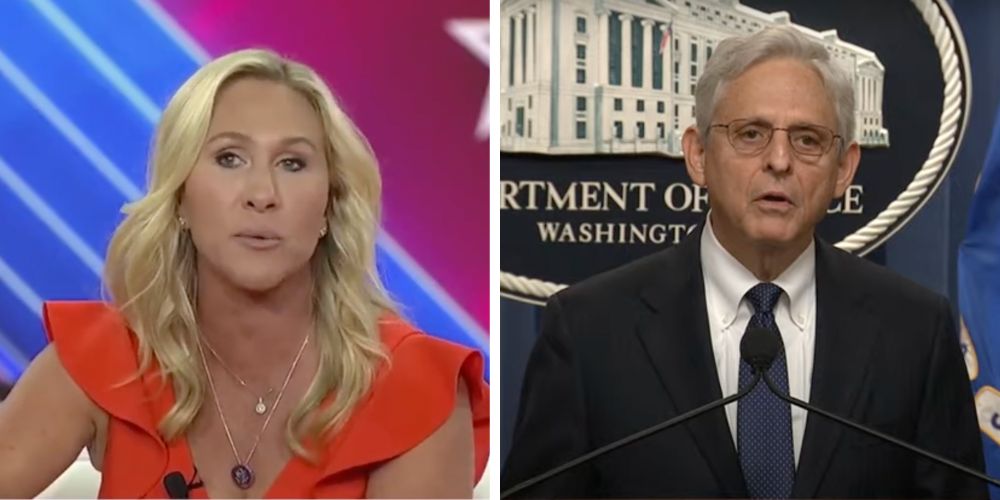 On Friday, Rep. Marjorie Taylor Greene announced that she is bringing forth a resolution to the house to impeach US Attorney General Merrick Garland following the raid at former President Donald Trump’s Mar-a-Lago residence.

In a Thursday press conference, Garland confirmed that he personally signed off on the raid.

The resolution brings two articles of impeachment against Garland.

The first states that Garland’s "personal approval to seek a search warrant for the raid on the home of the 45th President of the United States, Donald J. Trump, constitutes a blatant attempt to persecute a political opponent."

Greene’s resolution states that Garland, instead of upholding his oath, has "willingly refused to ensure that the laws passed by Congress and signed by the President are faithfully executed.

Garland is also accused go politicizing the Justice Department, and "utilizing the Federal Bureau of Investigation as a Federal police force to punish or intimidate anyone who questions or opposes the current regime."

The second article of impeachment cited the Supreme Court case of Department of the Navy v. Egan, which found that "the President, as Commander in Chief, has the power to control the classification and declassification of documents pertaining to national security."

"Attorney General Garland, in persecuting former President Donald J. Trump over documents he legally declassified, has engaged in a pattern of conduct that is incompatible with his duties as a civil officer of the United States," the resolution states.

"Attorney General Garland, by such conduct, has demonstrated that he will remain a threat to the justice system of the United States of America if allowed to remain in office, and has acted in a manner grossly incompatible with democracy, self-governance, and the rule of law," the resolution states.

Speaking outside the Capitol before filing the resolution, Greene said that "I’m introducing Articles of Impeachment on Merrick Garland because we cannot tolerate this in America where our great institutions are welded in such a way to defeat people's political views. That's not what this is for, and it should never exist."