BREAKING: Milley undermined Trump, told China he would warn them if US would attack

Milley is reported to have called a "secret meeting" at the Pentagon on January 8 and told staff that unless he was involved, they were not to take orders from anyone. 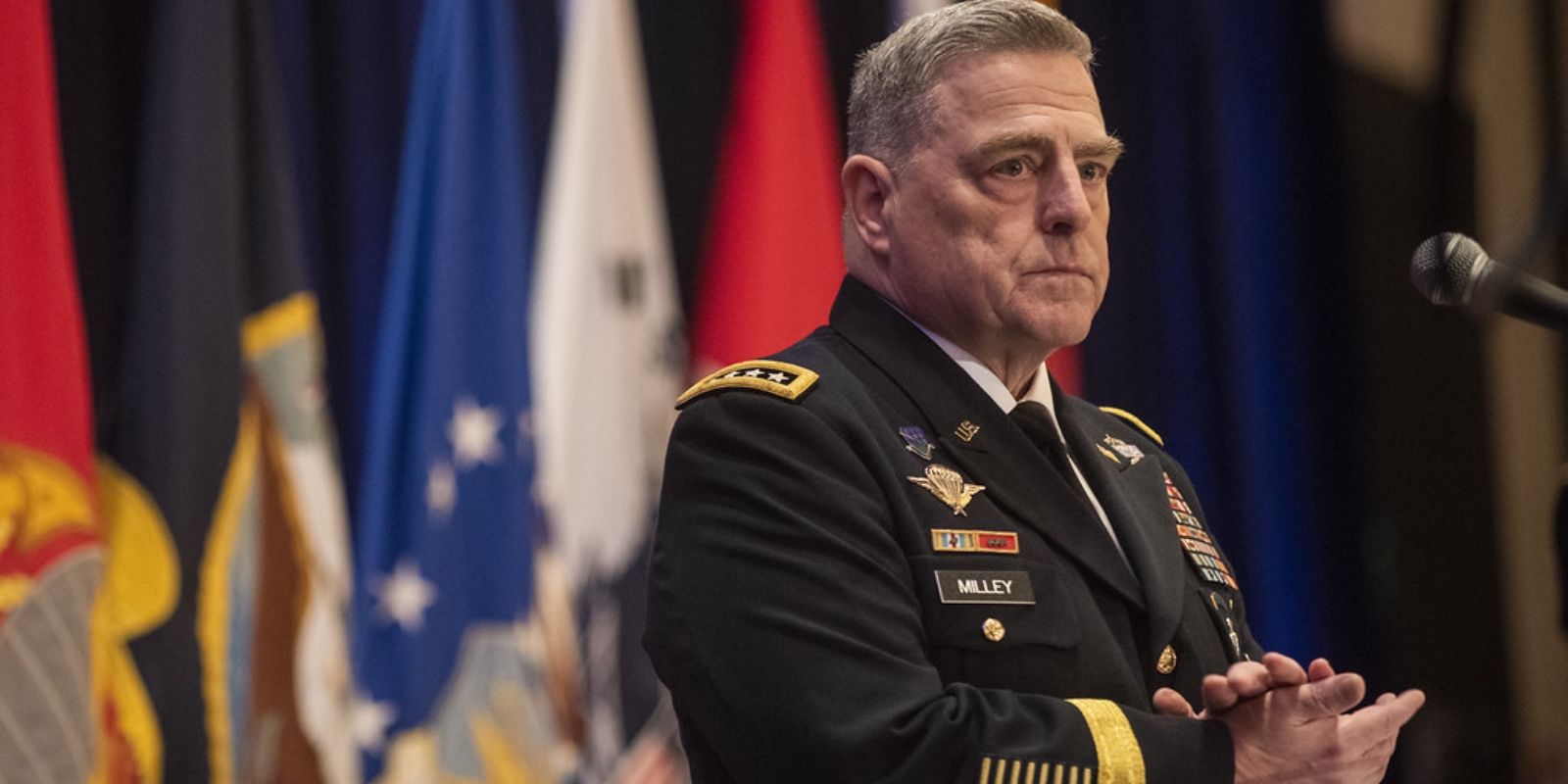 In a new book Peril out from Bob Woodward and the Washington Post's Robert Costa, it is revealed that Joint Chief's Chairman General Mark Milley told Gen. Li Zuocheng of the People’s Liberation Army that if the US were to attack China, Milley would let Li know before it happened.

Milley was apparently afraid that President Trump would engage in hostilities, and went around Trump in order to take power, by speaking with Gen. Li Zuocheng of the People's Liberation Army. Milley assured him that the US would not engage in armed hostilities with the communist nation, according to the Washington Post. The book comes out next week.

Two calls were made. The first call was made by Milley on October 30, 2020, and the second was on January 8, 2021. In October, Milley believed that the US was considering and preparing for a military attack. Milley said "General Li, I want to assure you that the American government is stable and everything is going to be okay. We are not going to attack or conduct any kinetic operations against you."

According to the Post, Milley leaned on his longstanding relationship with Li, saying "General Li, you and I have known each other for now five years. If we're going to attack, I'm going to call you ahead of time. It's not going to be a surprise."

It was revealed additionally that the Joint Chief's of Staff enacted a "top-secret action" to prevent President Donald Trump from performing his job as Commander-in-chief.

It was Trump's military advisory General Mark Milley, Chairman of the Joint Chiefs of Staff, who allegedly "was certain that Trump had gone into a serious mental decline in the aftermath of the election." Milley's resignation has been called for by at least 90 retired generals.

Milley reportedly said that Trump was "all but manic, screaming at officials and constructing his own alternate reality about endless election conspiracies," according to CNN.

As such, the authors state, "Milley was overseeing the mobilization of America's national security state without the knowledge of the American people or the rest of the world."

Milley is reported to have called a "secret meeting" at the Pentagon on January 8, in the wake of the Capitol riot that left one Trump supporter, Ashli Babbit, dead at the hands of police, and told staff that unless he was involved, they were not to take orders from anyone.

"No matter what you are told," Milley said, directly undermining presidential authority, "you do the procedure. You do the process. And I'm part of that procedure." He sought visual confirmation from each person at that meeting before proceeding, and asked "Got it?"

Milley made the call, worried that Trump could "go rogue," according to Woodward and Costa, only two days after the Capitol riot on January 6. "You never know what a president's trigger point it," Milley reportedly told his senior staff.

Milley additionally had a private phone call with House Speaker Nancy Pelosi, during which the two agreed that Trump was "crazy." This recount is based on a transcript of the call.

According to that transcript, per Woodward and Costa, Milley used that call to assure Pelosi as to the security of the US nuclear arsenal.

"What I'm saying to you is that if they couldn't even stop him from an assault on the Capitol, who even knows what else he may do? And is there anybody in charge at the White House who was doing anything but kissing his fat butt all over this?" Pelosi said, going on to say, "You know he's crazy. He's been crazy for a long time."

Milley agreed fully, saying "Madam Speaker, I agree with you on everything."

It was after this phone call that Milley began to take power into his own hands. He told his top staff, as well as the director of the National SecurityAgency and the CIA director, Gina Haspel, to watch everything "all the time."

Milley believed, according to the authors, that he was acting in the best interests of the American people by taking this power away from the presidency, secretly, and wielding it for his own ends.