Gen. Milley insists while US intelligence predicted Afghan government collapse, nothing suggested it'd be so fast

“There was nothing that I or anyone else saw, that indicated a collapse of this army and this government, in eleven days.” 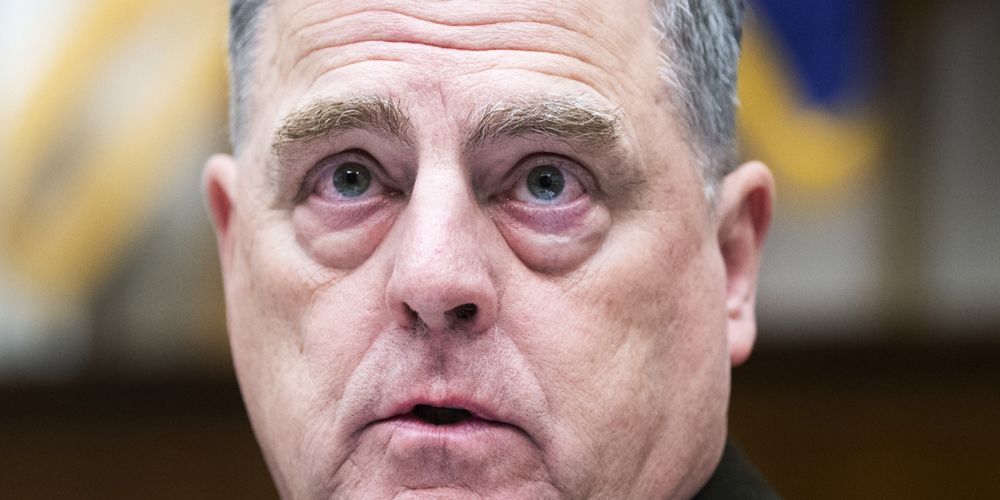 General Mark Milley says while intelligence pointed towards a deterioration of the Afghan government — there was nothing to indicate it’d be that quick.

At a time where President Biden and Vice President Harris are pointing fingers over the Afghanistan situation, the question of what intelligence officials knew remains at the forefront of the public’s mind throughout this week.

It’s a story that’s already been covered by Fox News and Axios, but the reality is that every western press outlet is clamoring for information on the Afghanistan situation.

For answers to that and the ongoing evacuation at Kabul airport, we turn to America’s military leaders. One of those people is the Joint Chiefs of Staff who earlier this summer publicly defended critical race theory.

The same person who wanted to talk about white rage happens to be at the center of the evacuation process in Kabul – Mark Milley.

In a joint press conference with Defense Secretary Lloyd Austin, General Mark Milley specified on one of the contingencies that the US military had to be ready for.

“However, the time frame of a rapid collapse… that was widely estimated. It ranged from weeks, to months, and even years. Following our departure. There was nothing that I or anyone else saw, that indicated a collapse of this army and this government, in eleven days. Central command submitted a variety of plans that were briefed and approved by the Joint Chiefs of Staff, the Secretary of Defense and the President. These plans were coordinated, synchronized, and rehearsed, to deal with these various scenarios. One of those contingencies are what we’re executing right now.”

Milley said the time for retrospectives was later while the mission to save as many Americans as possible is ongoing.

At another point in the conference both Lloyd Austin and General Milley said their specific focus is on securing the Kabul Airport and getting as many people out from there as possible. But also they are limited to that scope.

They made it clear they can’t do anything beyond that. In both the city of Kabul itself, as well as any Afghan territories beyond Kabul that might have Americans residing within.

In summation the situation as it stands in Afghanistan is that while President Trump wanted to pull out in May, President Biden decided to push that back to September 11th. The recent speech by Biden in response to the Afghanistan situation argued that America had to leave no matter what, and that the Afghani forces on the ground were to blame for their own weaknesses.

All the meanwhile though, the debate continues as to how President Biden is conducting this stand down. As what’s unfolding now is not on his own schedule but at the mercy of the Taliban forces that took over the country.

What was revealed earlier today is that the Biden administration halted a Trump-era plan that accounted for this exact circumstance of Americans in crisis zones.

In the eyes of the American public, Biden handled Afghanistan worse than either Bush, Obama, or Trump did.