Multiple people are feared dead, with the Lake & McHenry County Scanner reporting that at least nine have been shot. 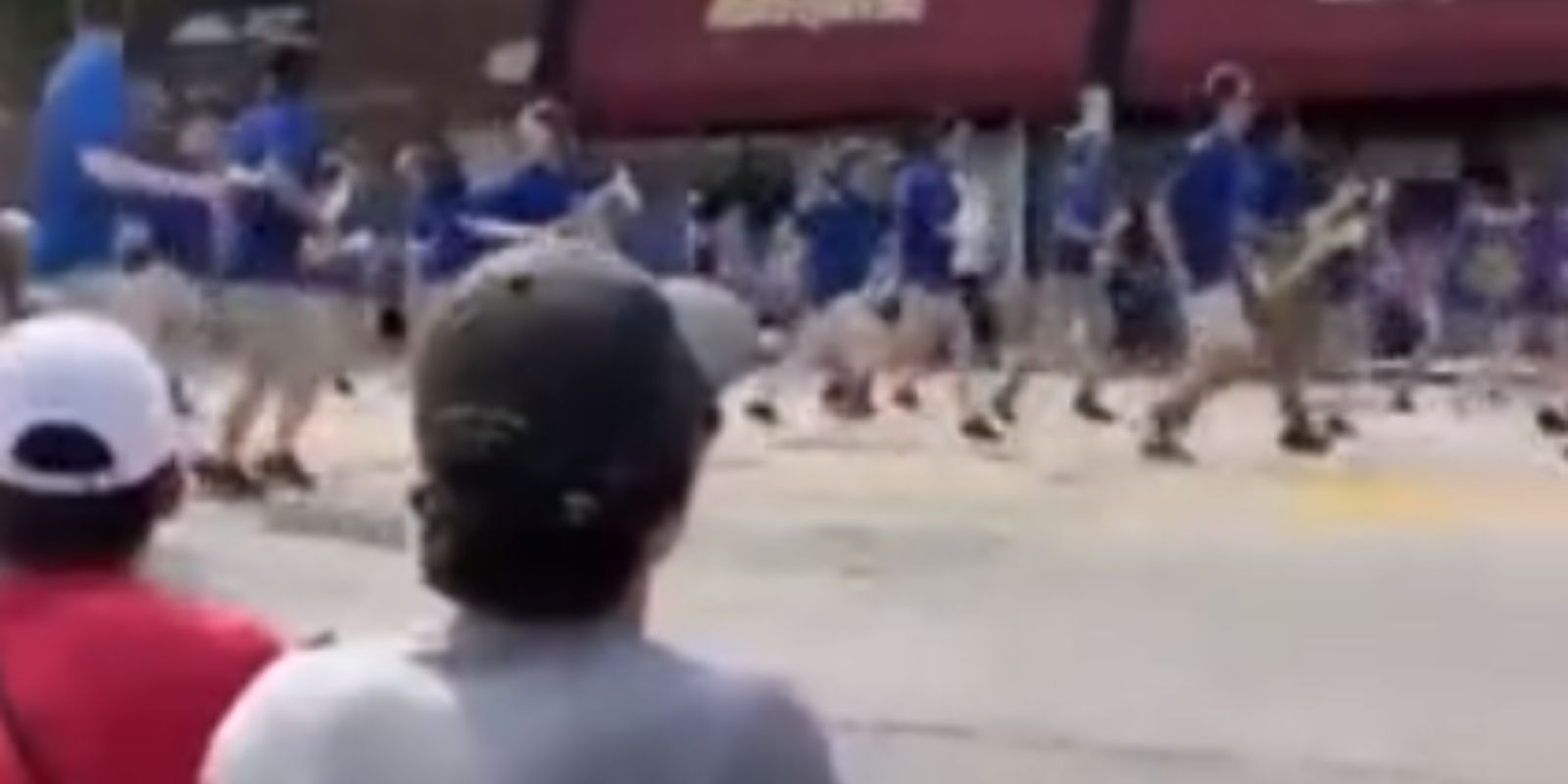 Emergency Crews are on-scene after a shooting with numerous victims at a Fourth of July parade in Highland Park, Illinois.

CBS Chicago reports that five have been killed, and 19 are in hospital for injuries.

Video of the scene shows parade participants fleeing as gunshots ring out in the background.

Witnesses say that the crowd began to flee after the sounds of gunfire. Others saw at least five bloodied people on the ground under a blanket, the Chicago Sun Times reports.

The Highland Park Police Department confirmed that they responded to the shooting and said that there was an "active situation."

"We are assisting Highland Park Police with a shooting in the area of the Independence Day parade route. STAY OUT OF THE AREA - allow law-enforcement and first responders to do their work," the Lake County Sheriff tweeted.

Eye witnesses say that the shooter was on the roof of Uncle Dan's Camping & Travel, an outdoor store, when he began firing shots. Police are seraching for an individual wearing a large yellow backpack, described on the police scanner as an "army-style backpack."

According to Local News WGN's Dan Ponce, eye witnesses say that the shooter was on the roof of Uncle Dan's Camping & Travel, an outdoor store, when he began firing shots.

Witnesses say there is a heavy SWAT presence on the scene as the suspect remains at large.

Highland Park Mayor Nancy Rotering also told residents to stay out of the area to allow police to deal with the shooting.

Red. Brad Schnieder (D-Ill), who was present at the parade, said he is safe, and that his team is monitoring the situation and are in touch with the mayor.

"Today a shooter struck in Highland Park during the Independence Day parade. My campaign team and I were gathering at the start of the parade when the shooting started," Schnieder wrote. "My team and I are safe and secure. We are monitoring the situation closely and in touch with the Mayor."

Police have not confirmed the number of victims.