BREAKING: Police in Ottawa crack down on freedom protesters

Law enforcement in Ottawa used teargas and batons on the freedom protesters Saturday, a day after mounted police trampled an elderly woman. 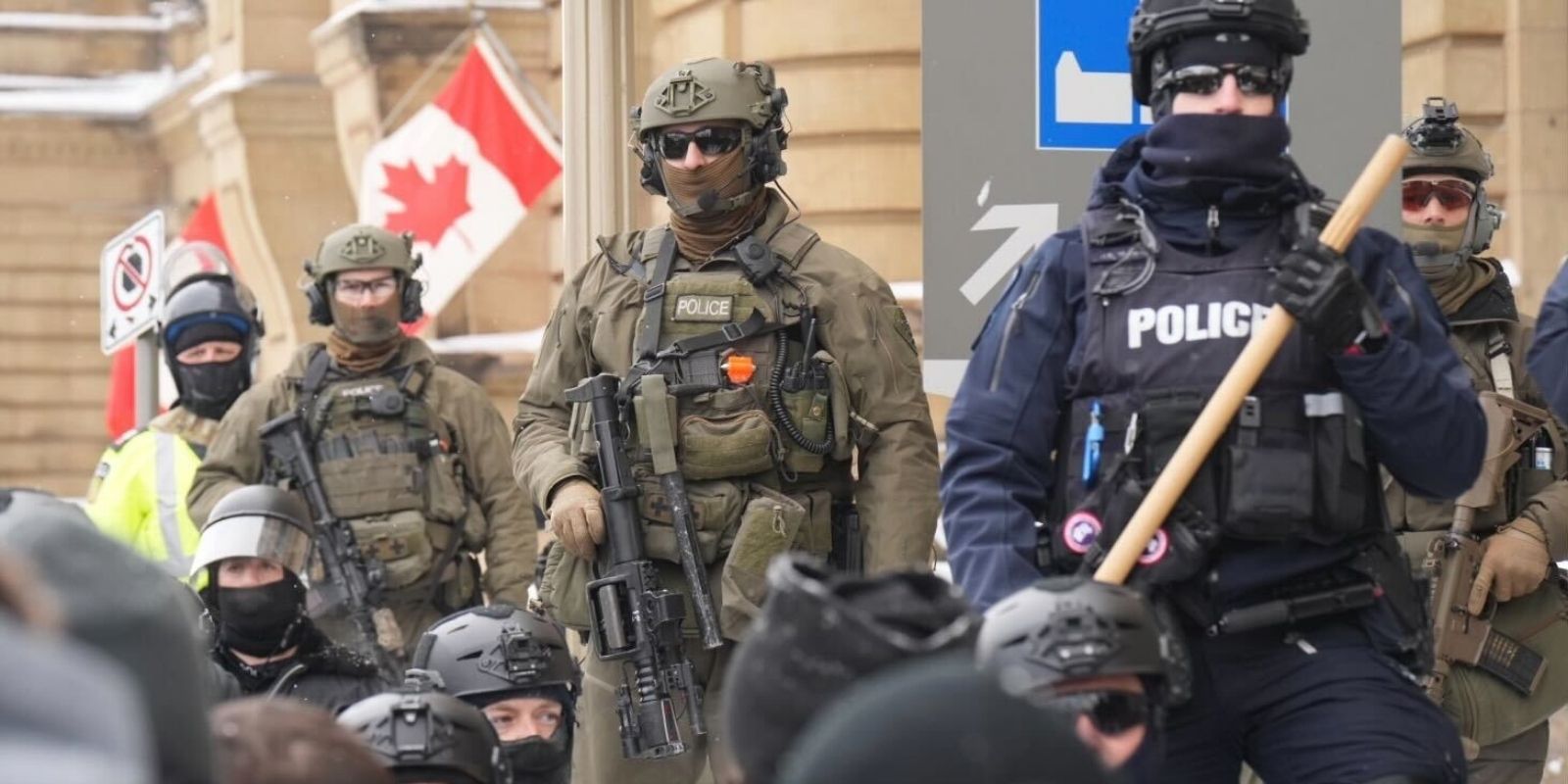 Police in Ottawa moved to clear the freedom protesters Saturday from Parliament Hill as the trucker convoy enters its fourth weekend of demonstrations.

On-the-ground footage was filmed by The Post Millennial's Beth Baisch.

In the early 9 o'clock hour, police poured into the Freedom Convoy protest site in the nation's capital, while few protesters were gathered Saturday morning.

Police had then surged against the pro-medical freedom protesters in Ottawa, forcing the demonstrators towards the direction of Parliament Hill.

Police further deployed chemical irritants against the Freedom Convoy participants. The crowd began to disperse with protesters covering their noses.

The iconic statue of Canadian athlete and humanitarian Terry Fox across from Parliament Hill was enveloped in a haze at the chaotic scene.

The freedom protesters held the line against police pressure, shouting from the protest side at the massive police line comprised of baton-wielding officers, some of whom carried military-style weapons.

Rebel News reporter Alexa Lavoie was beaten by police with a stick and shot at point-blank range with a tear gas round, Rebel News CEO Ezra Levant reported.

An armored vehicle was also visible behind the large-scale police line.

Mounted police were on hand as well through the background, a day after a handicapped elderly woman was trampled by officers on horseback.

A viral aerial shot from Friday evening showed the older woman, who was using a walking-assist device, knocked to the ground.

At one point, police broke into a Canadian flag-draped truck parked at the protest. "Shame on you! Shame on you!" the freedom protesters chanted at the officer.

One of the rally goers yelled, "This is an authoritarian regime right here! [...] You're the enforcers destroying our country! That's who you work for!"

A colorful protest sign displayed by one of the frontline protesters read: "If you believe in mandates, then you have forgetten your freedom."

Trucks started to leave the area around Parliament. However, truckers may be regrouping elsewhere, according to Baisch. Remaining protesters fist bumped and shook the hand of one of the departing drivers. "You are a hero!" a man shouted.