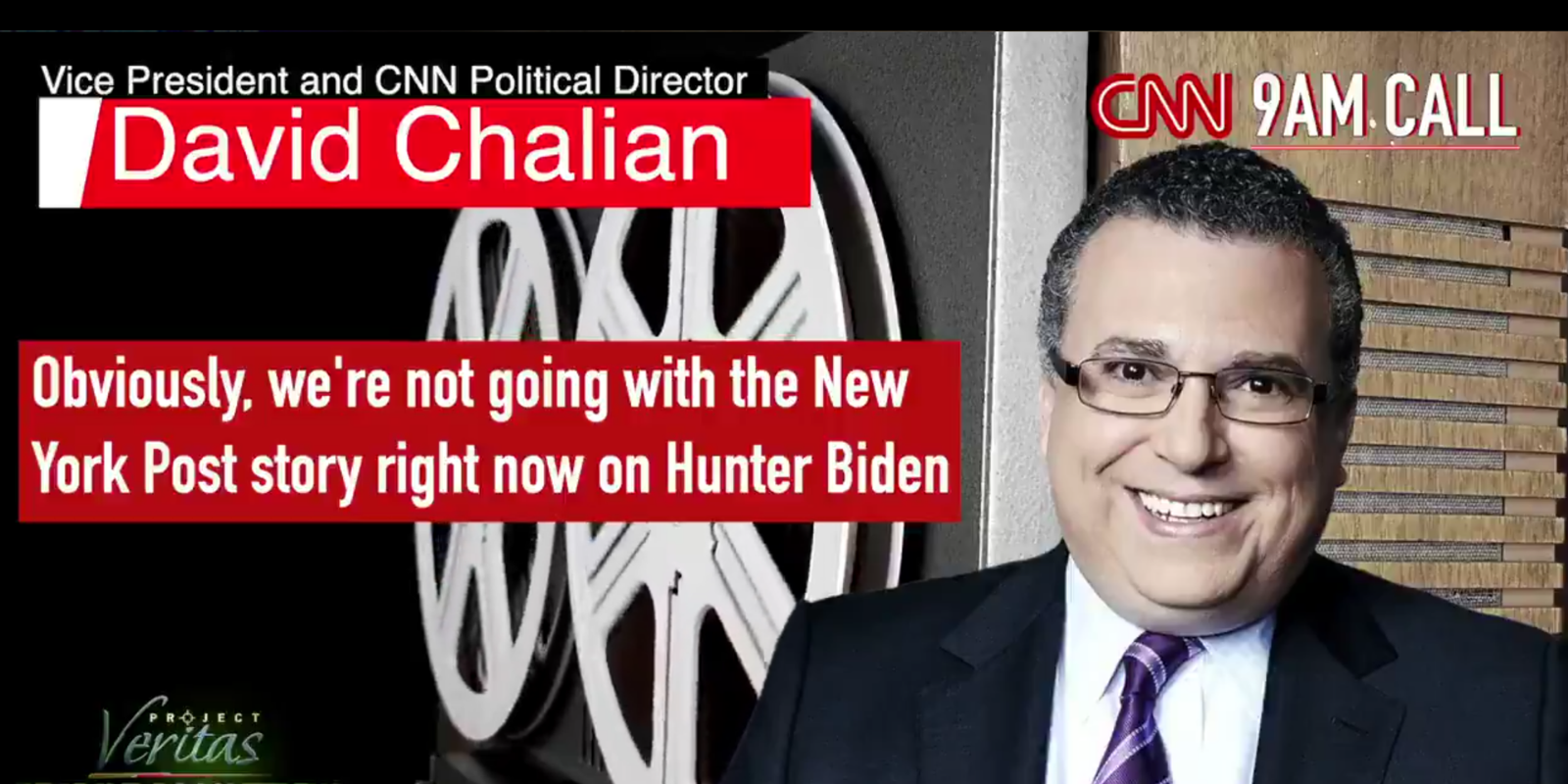 “Obviously we’re not going with the New York Post story right now on Hunter Biden,” CNN political director David Chalian stated on the recordings, "which seems to be giving its marching orders to Fox News and the right wing echo chamber about what to talk about today."

Chalian continued: "Obviously, Hunter Biden's lawyer is quoted in the New York Post, and we'll just continue to report out—this is the very stuff that the president was impeached over."

"This is the stuff that Senate Committees looked at and found nothing wrong in," Chalian said, referring to Democratic nominee Joe Biden's interactions with Ukraine.

Acknowledging the widely-circulated overseas business dealings email, Chalian admitted that "perhaps there was a meeting with someone from Burisma." He rebutted that the scandal seems like "Rudy Giuliani's sort of 'dream-of-vision' of how to throw stuff at the wall in those closing days of the campaign."

Project Veritas has launched an undercover investigation that captured CNN president Jeff Zucker's editorial phone calls over the past couple of months.

"I do think, on the Breitbart, New York Post, Fox News rabbit hole of Hunter Biden, which I don't think anyone outside of that world understood last night," Zucker claimed in a recent soundbite. "The Wall Street Journal reported that their review of all corporate records showed no role for Joe Biden on the Chinese deal."

Zucker added that he places "more credibility" in the latter publication in contrast to the New York Post.

CNN general counsel David Vigilante told Zucker that "we should be awfully careful" on the Burisma scoop. "But I do think there's a media story," Vigilante interjected.

Vigilante questioned "what in the world" The New York Times journalist Maggie Haberman and Politico reporter Jake Sherman are doing by retweeting the story.

CNN Communications has since responded on Twitter: "Legal experts say this may be a felony. We've referred it to law enforcement."