BREAKING: Oklahoma principal BEGS not to be recorded after Project Veritas busts teacher saying 'burn down the entire system'

PV has obtained source-recorded audio of an Oklahoma principal begging her staff not to record her in the wake of revelations that Tyler Wrynn, who also goes by Tyler Parks, teaches at the school and wants to "burn down the entire system." 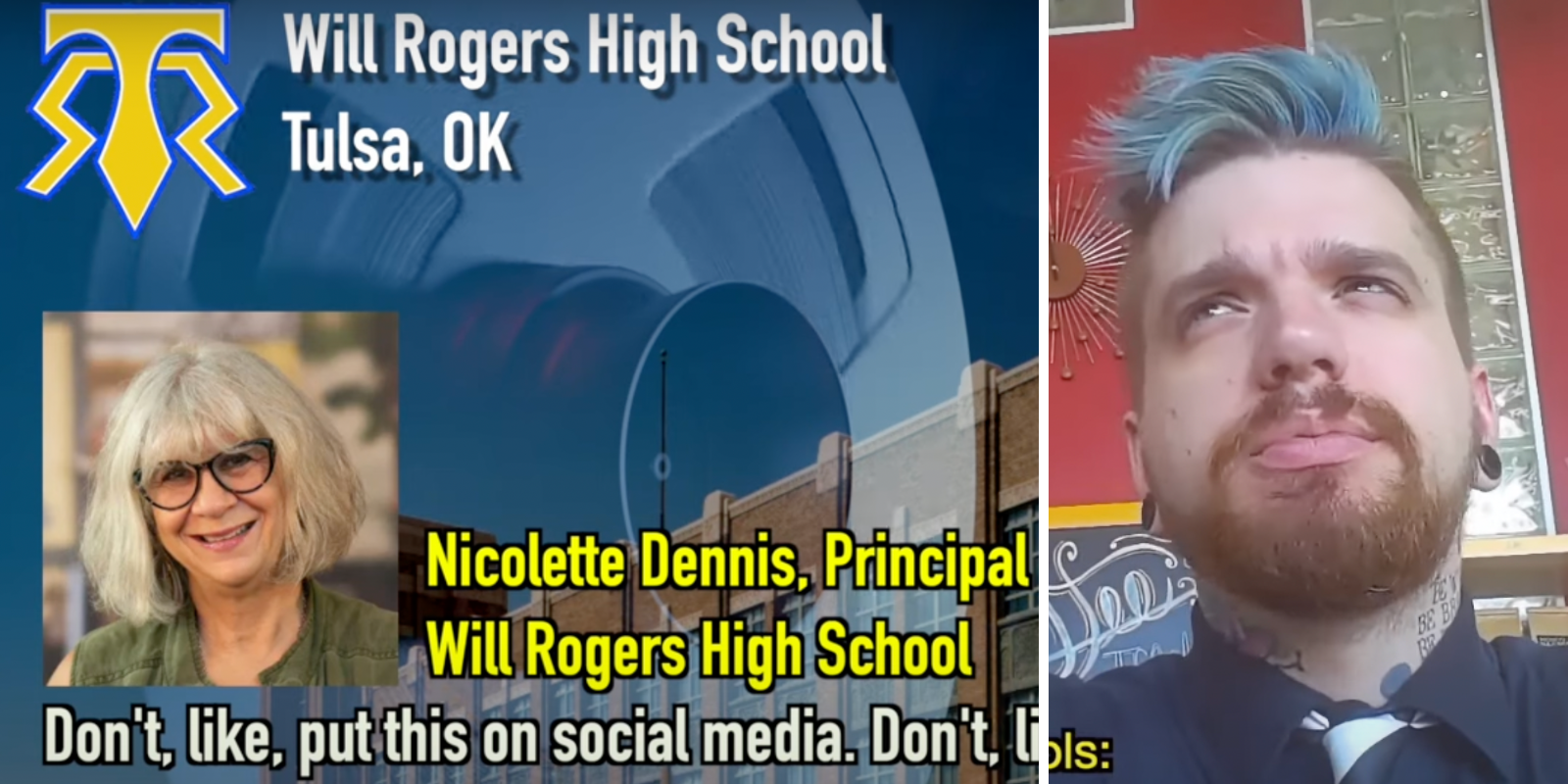 The Post Millennial
Oct 5, 2022 minute read
ADVERTISEMENT
ADVERTISEMENT
Project Veritas has done it yet again. This time, the news organization has obtained source-recorded audio of an Oklahoma principal begging her staff not to record her in the wake of revelations that Tyler Wrynn, who also goes by Tyler Parks, teaches at the school and wants to "burn down the entire system."

Principal Nicolette Dennis begs her staff not to film her as she denies that there is a woke agenda in the school.

"There is no secret. Please take your phones off. Don’t videotape me, please. Don’t, like, put this on social media. Don’t make me feel like Project Veritas is with us…We just have to be careful right now. Everybody’s got their phones out," Dennis begs.

Dennis continues: "There is no secret curriculum at Rogers. There is nobody that’s got woke politics here…I do not believe for one minute that there is a radical agenda in anybody’s class in this school."

"This is not about us. This is not about our school. We have to stand behind each other even if we don’t agree. Even if we don’t agree with each other. Even if we, politically, are in different worlds. That’s ok…It’s just the world we live in right now. Part of it is – the adults have lost their minds. Because, you know what? You want to know why our kids are crazy? It’s because we’re all crazy!"

As previously reported by The Post Millennial, Wrynn complained that "House Bill 1775" was standing in his way of being more radical with his students.

"The only thing that's a problem here [in Oklahoma] is that House Bill 1775 or something. I can get my license revoked for it, for being too woke…Trust me, I want to burn down the entire system."

"Eventually, you want to remove Christianity — or religion [as a whole] — from progressive thought, because religion is inherently hierarchical."

Speaking on the phone with O’Keefe, Wrynn denied speaking about religion in the classroom, reiterating that he can lose his teaching license over the topic.
ADVERTISEMENT
ADVERTISEMENT
oklahoma