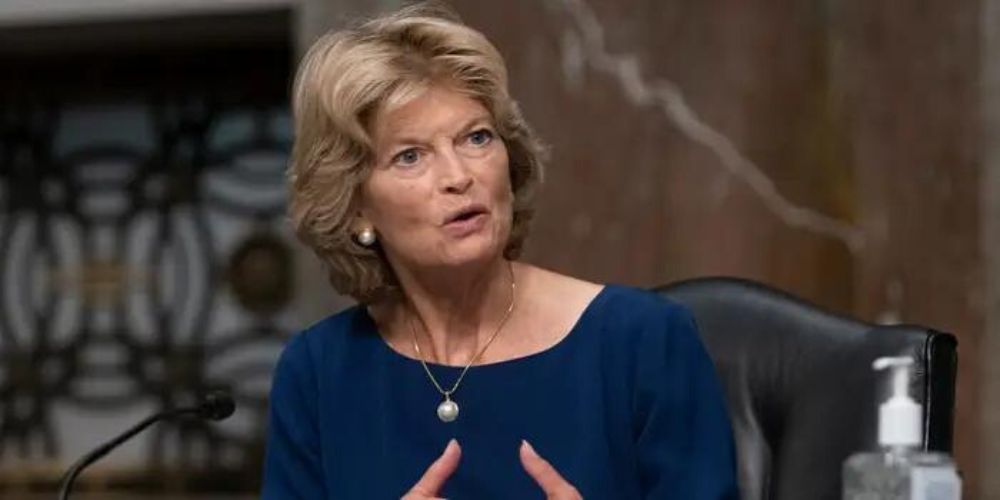 In a new video published by Project Veritas, it has been revealed that the push to bring in ranked choice voting to the state of Alaska was due in part to getting moderate Republican Senator Lisa Murkowski re-elected in the upcoming midterm election.

When asked if Murkowski sponsored Ballot Measure 2, which was approved by voters in 2020, Josiah Nash, Murkowski Campaign Interior Coordinator, said "she stayed quiet and honestly it was probably best she stayed quiet on that."

Nash noted that publicly she was quiet, but she supported the measure in private.

Ranked choice voting has voters select their first, second, and third choice person on the ballot. If a candidate wins first-choice by a majority of votes, they would be declared the winner. If no majority is reached, the person with the lowest first-choice votes is eliminated, and the votes from those who voted for the eliminated candidate have their second-choice vote added to the other candidates’ totals. If no majority has been reached, this process continues until a majority is reached.

"Because in Alaska, overall it helps if you’re more progressive cause it selects more moderate candidates," Nash said. "And between you and me, Ballot Measure 2 was actually created — I think it was created for two reasons. Number one, it was created because there were people in this state who wanted to see a better system. But they also wanted Lisa to get re-elected."

"The big thing that’s gonna get more progressives elected — it was the two other portions: the ranked choice voting and the open primaries," Nash added.

Ashlock noted that many people who worked for Senator Murkowski in the past worked on Ballot Measure 2, including Kallander and Associates, saying that the founder and one of the employees now serve as Murkowski staffers.

The Project Veritas Action journalist noted that there was a "happy family" of Murkowski staffers that worked on Ballot Measure 2, to which Ashlock responded: "big time."

"You’re not going to see the campaign come out and necessarily support progressive things," said Nash. "I mean, behind closed doors we’ll have talks."

Nash noted that the measure was framed as giving the public more choice and giving the public better candidates, later adding that the campaign is walking a "fine line" in messaging "to try to get her elected amongst more moderate voters.

Ashlock said for sure that Murkowski is "definitely getting in the primary with the ranked choice voting."

"Every single Pat Chesbro voter who ranks Senator Murkowski second, we get their votes," said Ashlock. "If we can get people to do that, then we have it in the bag."

Alaska’s primary and special general election will be held on August 16, 2022.

In 2020, voters approved an initiative to establish both a Nonpartisan Pick One Primary Election system and a Ranked Choice Voting General Election.

Murkowski will not be featured on the ranked choice voting section. This section will be set aside for the special election to fill late Republican Don Young’s seat in the House, according to Courthouse News Service.

In the pick one primary, all candidates regardless of party affiliation will be listed on one ticket, with the top four candidates moving on to the general election, where ranked choice voting will be used.