"If the agenda say, is to like get, like Matt Gaetz right now," Chester says, "he's like this Republican... So it would be great for the Democratic Party to get him out." 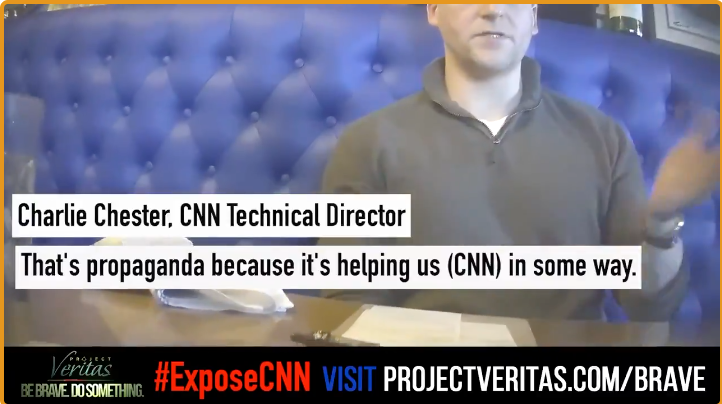 Project Veritas dropped the second in a series of videos on Tuesday that reveals CNN engaging intentionally in creating and spreading propaganda to boost Joe Biden's campaign during the 2020 election season. The second video is all about how they planned to destroy Florida Representative Matt Gaetz.

CNN Technical Director Charlie Chester was asked by a Project Veritas journalist "Does CNN use propaganda?"

"I don't know, yeah, I—" Chester replies. The journalist asks him to clarify, at which point he brings up embattled Rep. Gaetz, who has been facing an emerging sex scandal.

"So we're going to keep running those stories to keep hurting him and make it so that it can't be buried and just like settled outside of court and just like, you know if we keep pushing that, it's helping us."

"That's propaganda, because it's helping us in some way."