While no official charges have been made against the Congressman, Gaetz’s communications director today resigned under the recent pressure. 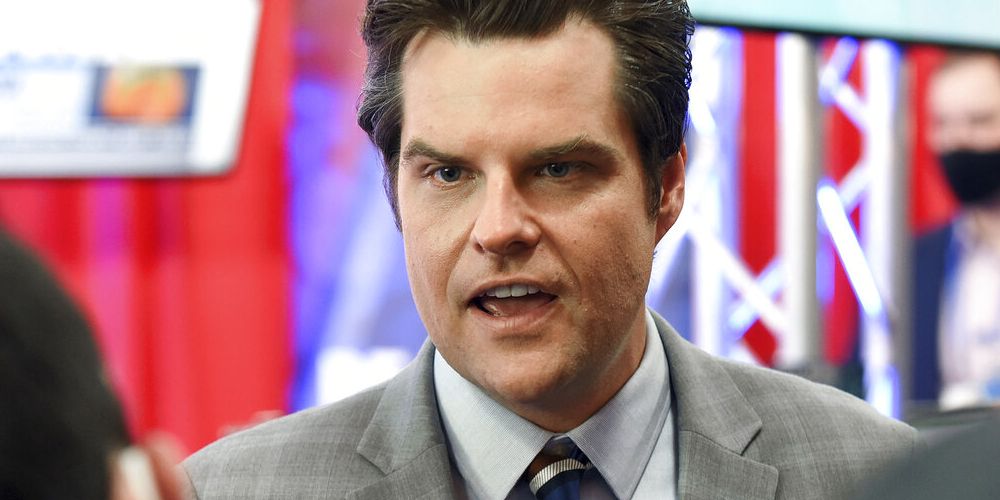 A report from the Washington Examiner says Matt Gaetz has no plans of resigning in the wake of a new scandal alleging he paid for sex with a 17-year-old girl. Gaetz remains adamant of his innocence even as reports of him sharing naked photos of the women he slept with make the rounds in the media.

The pressure got to Gaetz’s communication director Luke Ball who submitted his resignation today.

The first we heard of Matt Gaetz’s situation was at the end of March. In an impromptu Tucker Carlson interview, Gaetz made a public plea that he and his family were being extorted. An encounter that even caused bewilderment to Carlson himself.

While the initial piece by The New York Times failed to properly illuminate Gaetz’s role, a follow-up by the outlet elaborates on the circumstances.

What's new is that the Times has reviewed “receipts from Cash App, a mobile payments app, and Apple Pay that show payments from Mr. Gaetz and Mr. Greenberg to one of the women, and a payment from Mr. Greenberg to a second woman. The women told their friends that the payments were for sex with the two men, according to two people familiar with the conversations.”

What it boils down is investigators trying to see if Gaetz paid women for sex. As things like free "hotel stays, meals, and other gifts" are otherwise usual things paid for in courtship. To that effect in one of Gaetz's public statements he alluded to the possibility of this coming down to an ex-lover of his trying to misinterpret this exact thing.

Rep. Gaetz found himself dragged into this mess in the first place due to the charges being brought against former tax collector Joel Greenberg. While Greenberg was initially charged on the grounds of stalking "a political rival and had used his elected office to create fake identification cards," the current inquiry into sex trafficking came from that.

However further backing up Matt Gaetz’s side of the story are leaked texts published by The American Conservative. In a conversation between Dilbert creator Scott Adams and Jake Novak (media director of the Israeli consulate in New York City), apparently a lot of people had a preemptive heads up to Gaetz’s situation.

This is on top of a trove of information previously released to the Washington Examiner. They include screenshots from former DOJ official David McGee laying out the proposal that in exchange for help extracting Robert Levinson from Iran, McGee’s people would take the heat off of Matt Gaetz. A presidential pardon is tossed in.

The weird part of this whole ordeal being a $25 million loan required to McGee’s people to save Levison. However Gaetz also provided a document titled “Project Homecoming” which solidifies details. “In exchange for the funds being arranged, and upon the release of Mr. Levinson, the team that delivers Mr. Levinson to the President of The United States shall strongly advocate that President Biden issue a Presidential Pardon, or instruct the Department of Justice to terminate any and all investigations involving Congressman Gaetz," it says in part.

Lastly the Washington Examiner shows emails from a U.S. attorney confirming the FBI was looking into this situation, overall.