"I prescribe meds.. I can also choose not to prescribe them. So... from now on.. if you area white male who votes conservative, your penis needs to ask God for the power to rise. No more Viagra." 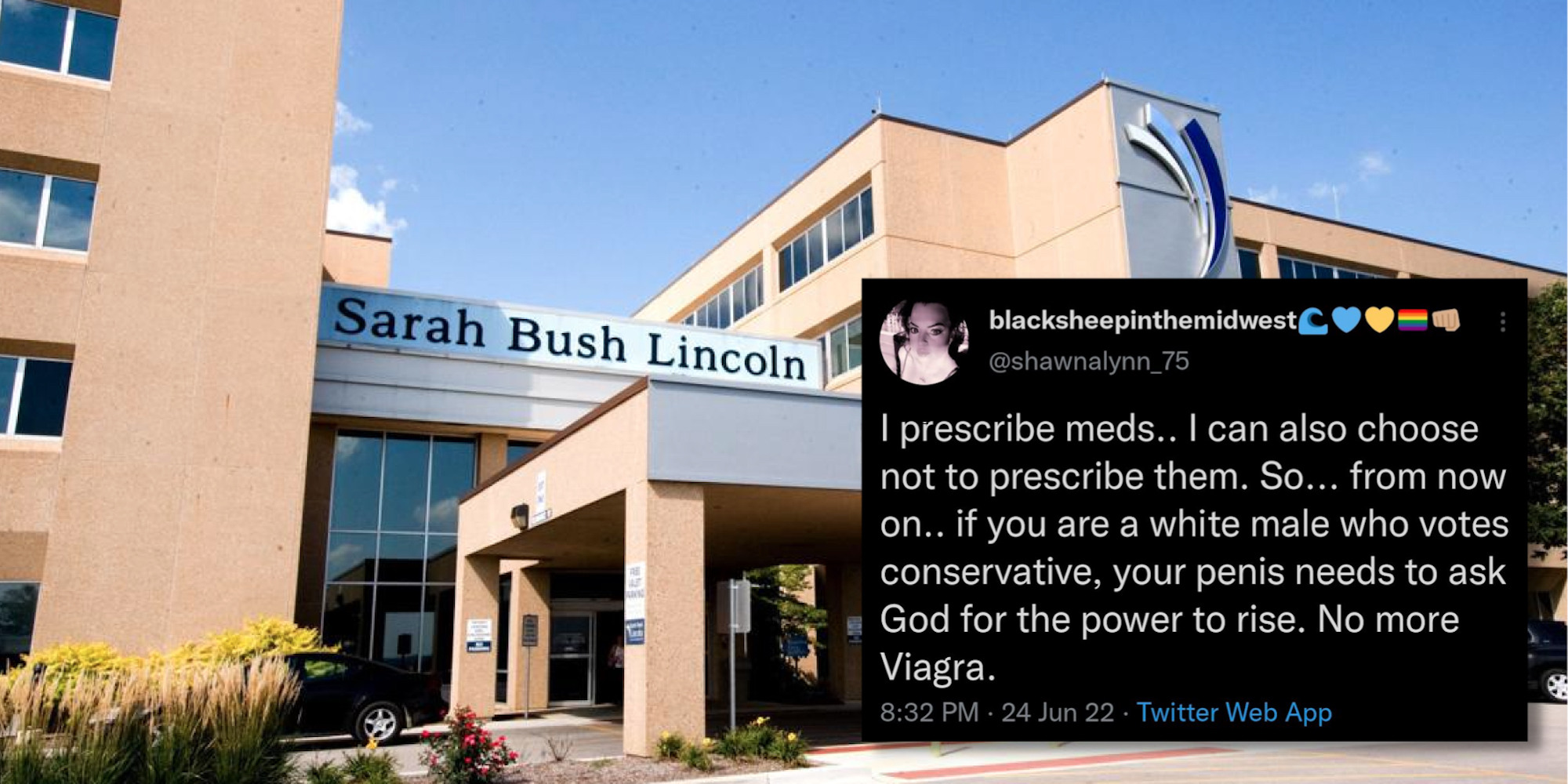 A registered nurse who posted on Twitter about treating patients based on their political beliefs has resigned after her statement was brought to the attention of the hospital.

"I prescribe meds," the nurse, Shawna Harris, wrote, "I can also choose not to prescribe them. So... from now on.. if you are a white male who votes conservative, your penis needs to ask God for the power to rise. No more Viagra."

Sarah Bush Lincoln Health Center in Lincoln, Illinois released a statement following the incident, referring to the post made by the nurse as "discriminatory," and confirming that the nurse had resigned.

According to the hospital, she later apologized for her actions, saying, "I am deeply sorry for my posts on social media. I allowed my personal feelings to spill out. Those hateful words are not aligned with how I have provided care to my patients. Sarah Bush Lincoln is a wonderful organization and my actions have tarnished its reputation. I have resigned and know my patients will be well cared for."

The president and CEO of the hospital, Jerry Esker, spoke out on the matter.

"Our mission is to provide exceptional care to all," he said. "That means we provide care to everyone regardless of race, religion, gender, sexual orientation, disability, income, national origin, cultural personal values, beliefs and preferences. Our mission is woven throughout our fabric and discriminatory practices are not tolerated. We are sorry this issue has caused such turmoil. We will continue to stand behind our mission and provide care to all."

He expressed his appreciation for the "outpour of concern" by those who saw the tweet and reported it.

The tweet was first brought to light by @libsoftiktok, with whom the hospital later got in touch with directly and thanked for bringing it to their attention.

As @libsoftiktok reported, the nurse originally doubled down on her statement after being called out.

"Bring it," she had said in a follow-up tweet, "I am allowed to prescribe based on need. If you think God can provide, then why would I not allow for that?" "Let us pray," she added.