Report of sightings of Canada manhunt murder suspects near Sudbury, ON—unconfirmed by OPP

Police want to make clear that none of the sightings have been confirmed. 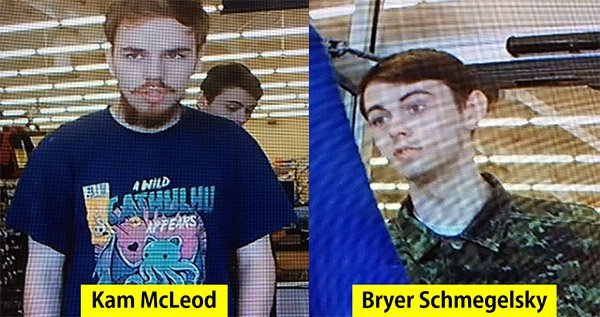 Update: Following searches, the OPP have not found any evidence to support that the suspects have made it into Ontario. They do still encourage individuals to send any possible information to the police.

Northeastern Ontario Provincial Police (OPP) have confirmed they have received a number of calls reporting a potential sighting of the two men connected with three homicides in British Columbia, Bryan Schmegelsky and Kam McLeod, according to CBC.

Police want to make clear that none of the sightings have been confirmed.

The duo were last seen in a remote community in northern Manitoba over a week ago.

OPP Constable Michelle Cuolombe said in a statement that they’ve received two possible sightings; one near Iron Bridge and one near Kapuskasing.

Police received a call reporting a suspicious white vehicle driving through a construction zone on Highway 11 near Kapuskasing at 10:30 am.

“There was two occupants in the vehicle who had similar descriptions to the suspects who are wanted in the B.C. murders,” she said.

“The only witness to that was the flag-person. All our frontline members and resources conducted a search of that area with negative results.”

Coulombe also states that no license plate was given, and that the vehicle was headed eastbound.

“We are not able to confirm at this time if that was them.”

Another unconfirmed report spotted the two swimming at Moonlight Beach in the Greater Sudbury area.

According to CBC journalist Katie Nicholson, OPP has said that no vehicle has been located, while the B.C. RCMP have said they would be notified if another police ford had taken the suspects into custody.

This article has been updated.