He told the crowd that these the policies enacted in Florida could be ones that Pennsylvania could have, should they elect Mastriano for office. 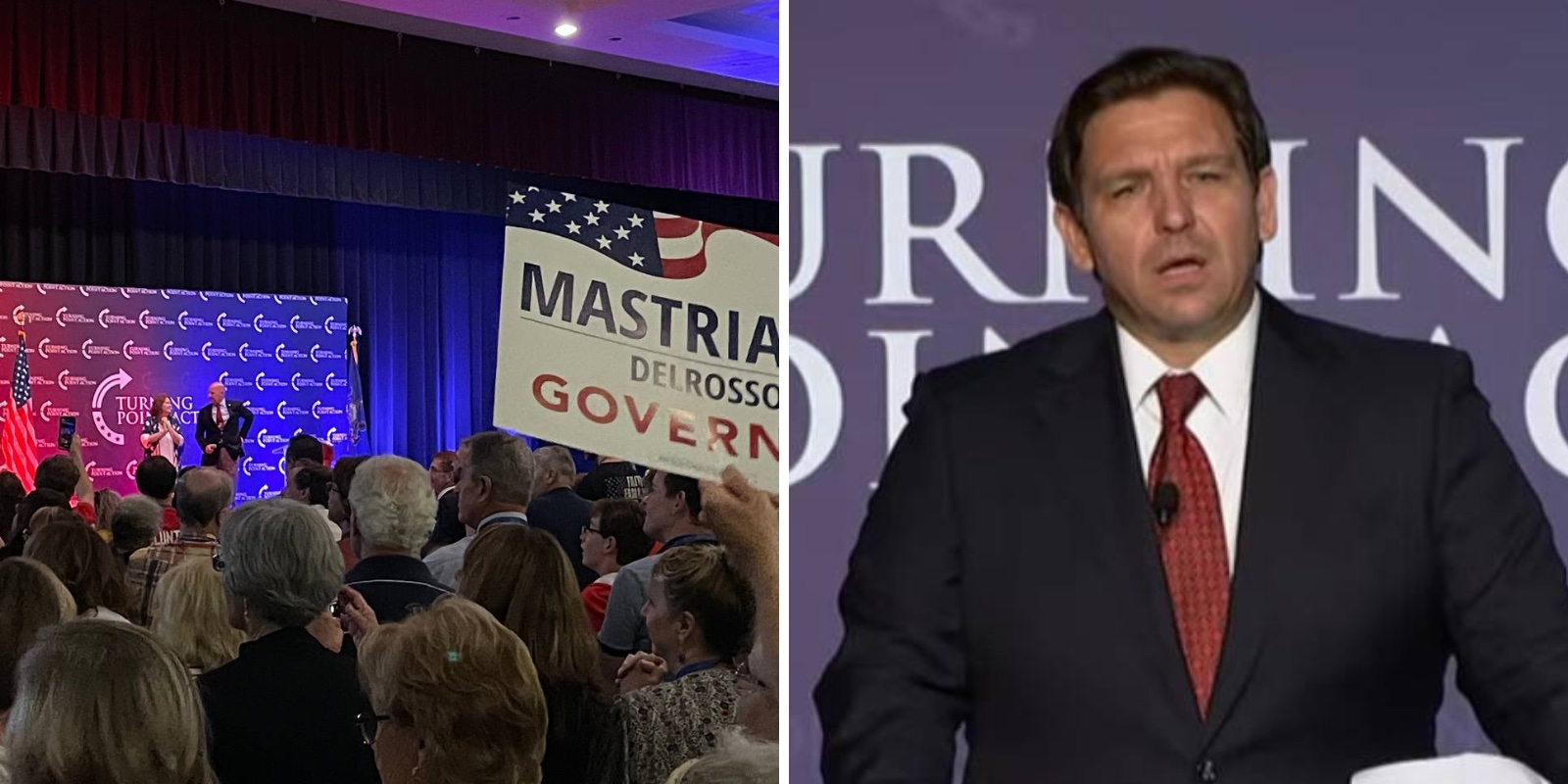 DeSantis, whose family hails from the area, spoke in his personal, un-teleprompted style about those issues that he feels are of the most concern and importance to American voters as the country gears up for the midterm elections this fall. The GOP has been confident in their ability to take back leadership of the House, though recent expectations of also taking the Senate have been mitigated by Senate Minority Leader Mitch McConnell, who claimed that many of the candidates running for those seats are nothing more than mediocre.

The Pennsylvania crowd showed lots of love for Mastriano and DeSantis at a rally in the heart of one of the most liberal strongholds in the state. A major message of the rally was for conservatives to get involved in local politics at the grassroots level. This is also a key message from DeSantis, who took the unprecedented step of endorsing candidates for school board across the state.

It is rare for a governor to give attention to such local elections, but school boards have proved to be an essential battleground in the fight to take schools back from woke ideologies of critical race theory, gender identity, and the dangerous Covid narratives that have destroyed and disrupted the lives of so many children across the country.

Mastriano and his wife both spoke, addressing the "laundry list" of Democrat failures under the Biden administration. In response to complaints that conservatives don't care about women's rights, Rebecca Mastriano said that conservative's concerns for women's right manifest in an anti-abortion stance, in being pro-education, and in looking out for families' economic interests. An issue that is front and center to the current conservative movement is trans ideology. America First conservatives are secure in their ability to define "woman," unlike so many on the Democrat left.

Pennsylvania is the home to Dr. Rachel Levine, a biological male who was named Assistant Secretary of the Department of Health and Human Services, who during Levine's time serving Pennsylvania, followed a policy of putting Covid positive patients back into nursing homes—all after Levine took Levine's mother out of a nursing home.

Election integrity is one of those things Mastriano promised to tackle on day one of his term, should he win in November. Of illegal immigrants who are bussed into the state from the border, Mastriano said he would bus them right out to Biden's home on the coast of Delaware.

DeSantis received a standing ovation from the western Pennsylvania crowd, promising that some of the "yinzers" in the audience would eventually be residents of the Sunshine State. DeSantis has local roots, with his father hailing from Aliquippa.

"This November," he said, "we are going to win in the state of Pennsylvania."

DeSantis pumped Dr. Mehmet Oz, as well, over Democrat Lt. Governor John Fetterman. Oz has not been popular among Trump-supporting conservatives who took issue with Oz's willingness to throw Trump under the proverbial bus as soon as he hit the general election.

DeSantis said that he does not lead based on polling data, but off "of conviction and doing what's right." In his view, his job is to "set out a vision," and not to govern based on how people feel about one specific issue.

"If you lead with strength and courage and you deliver results the people will be with you," he said.

DeSantis is also running to hold his seat in Florida, where he is wildly popular. While other states were "locking people down" during the pandemic, Florida was "lifting people up." The positions DeSantis took during the pandemic were widely decried by Democrats, pundits and bureaucrats, but now it's been made clear that these positions were likely the appropriate ones.

"We were not going to subcontract out leadership to a bunch of health bureaucrats," he said. "We looked at the whole picture.

"You don't lead by trying to cover your own hide," he said of the controversial positions he took in his state. As to Pennsylvania, he blasted the city of Philadelphia for plans to mask their students in the coming year. He said there's no reason for this, and received massive applause and cheers from the crowd.

He demanded the reversal of mandates and Covid restrictions, and it was clear from their reaction that the pandemic, and the restrictions it inspired, that this was one of the galvanizing issues for the Pennsylvania conservative crowd.

Law and order, opposition to critical race and gender ideology, individual freedom and liberty, election integrity, and illegal immigration, are key issues for the America First base that seeks leadership of the kind that DeSantis provides, and they believe Mastriano will provide that as well.

While campaigning at the state and local level, DeSantis also took aim at President Joe Biden, who he sees as weak and undermining American values and industry. In an impression of the sitting president, he said "end of quote, repeat the line," as Biden has repeated while reading from his ubiquitous teleprompter.

One of the biggest issues that has bolstered support of DeSantis has been that of education. He told the Turning Point Action crowd that in Florida, they drew "a giant big fat line in the sand to say that the people of Florida believe that the purpose of our school system should be to educate our boys and girls," not to instill critical race theory, or tell kids they may actually be the opposite sex, but to teach civics and accurate history.

While media, pundits and pols didn't like his efforts in education, parents loved it across the state and polling showed that the Parental Rights in Education bill was massively supported across the country as well. DeSantis has done something few politicians have done, which is take on major corporations, like Disney. While Disney opposed his bill on parental rights, DeSantis pulled their special status in the state, and refused to capitulate to their demands. "Florida," he said "is where woke goes to die."

He told the crowd that these the policies enacted in Florida could be ones that Pennsylvania could have, should they elect Mastriano for office.

Turning Point Action has endorsed a slate of conservative America First candidates across the country, including Kari Lake, Blake Masters, and Andy Biggs in Arizona, Kelly Tshibaka and Sarah Palin in Alaska, Lauren Boebert in Colorado, and Florida's Kat Cammack, Anthony Sabatini, Anna Paulina, Byron Donalds, Ron Dorilas, and Matt Gaetz, Marjorie Taylor Greene, Ron DeSantis, and so many others who have in common their support for the new right in conservatism that rejects the old political ways of the "uniparty."