EXCLUSIVE: MTG drops bombshell legislation to BAN medical gender transition of minors across the US

The Protect Children's Innocence Act would outright prohibit all so-called "gender affirmative" care for minors in US and offer civil protections to any minor upon whom these procedures were done. 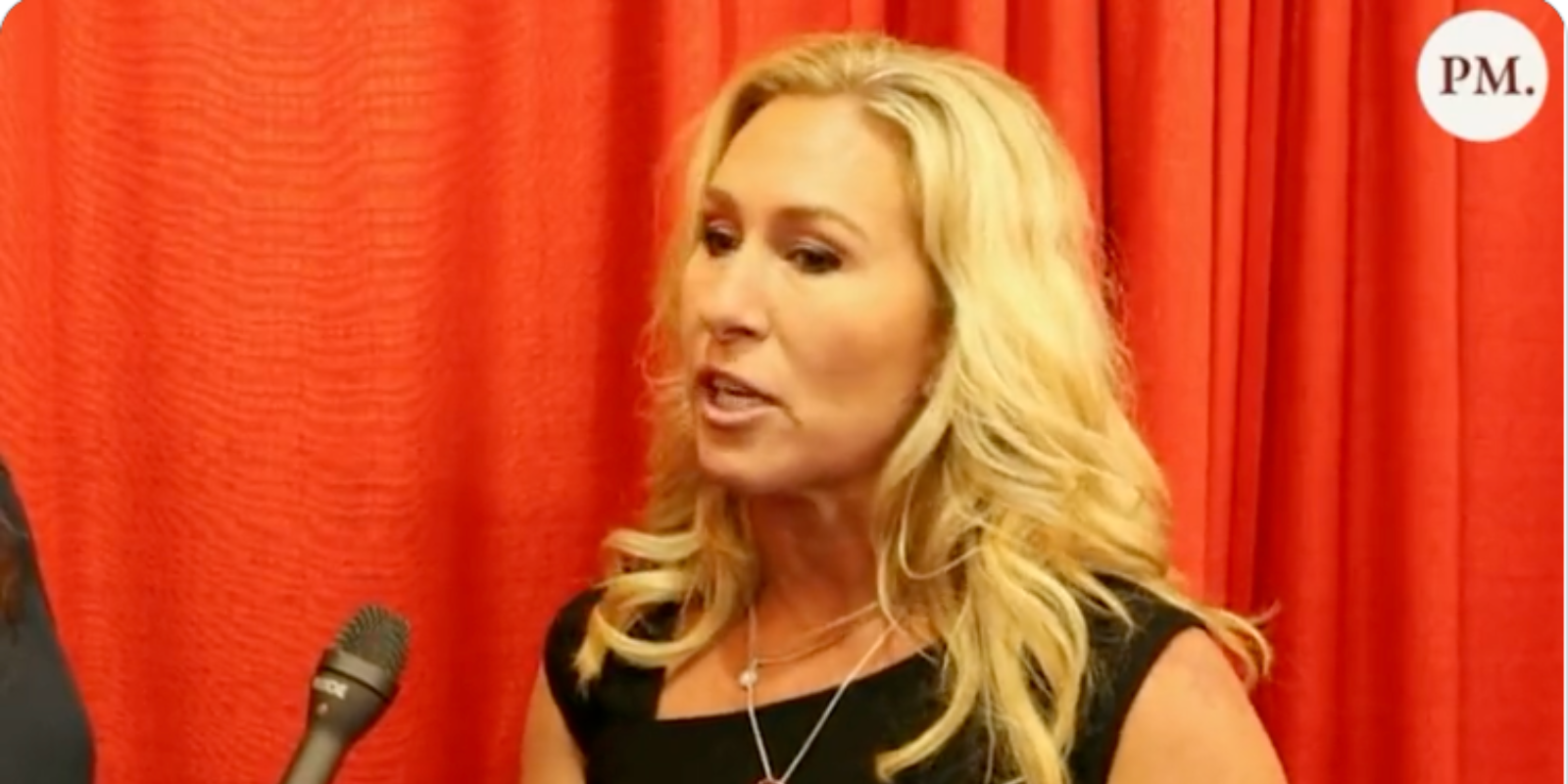 Congresswoman Marjorie Taylor Greene (GA) is taking aim at the trans craze sweeping the nation with a new bill that seeks to criminalize the medicalized gender transition of minors. The Protect Children's Innocence Act would outright ban and prohibit all so-called "gender affirmative" care for minors in US and offer civil protections to any minor upon whom these procedures were done.

Greene provided the legislation exclusively to The Post Millennial. The bill is co-sponsored by Mary Miller (IL), Jeff Duncan (SC), Bob Good (VA), Matt Gaetz (FL), and Ralph Norman (SC) and Tony Gonzalez (TX). Of those in the GOP who do not back the bill, or who acquiesce to the medical gender transition of minors, Greene says they are "worthless." In June, some GOP lawmakers broached the Protecting Minors from Medical Malpractice Act, so that minors could sue those doctors that harmed them through "gender affirmative care."

The bill would make pharmaceutical "gender affirmation" of minors a class C felony, punishable by up to 25 years in prison and a $250,000 fine, and stop any taxpayer funded insurance plans from paying for this kind of treatment. The law would bar any school from providing instruction on those practices.

In the event that a foreign national is found to have carried out the medical gender transition of a minor, they will be ineligible to receive visas or be admitted into the Unites States.

The bill clearly lays out that no minor who underwent surgeries, or pharmaceutical intervention for the purpose of gender transition, would be held liable, instead saying that the minor would have recourse "against each person who performed the gender affirming care."

That which characterizes what is known as "gender affirming care" includes dozens of procedures, as well as the application of drugs, that would be prohibited under the bill. That the procedures and drugs are laid bare shows the scope of what kind of butchery is considered justifiable under the cause of "trans" care.

These include: castration, orchiectomy, scotoplasty, vasectomy, hysterectomy, oophorectomy, ovariaectomy, metoidoplasty, penectomy, phalloplasty, vaginectomy, vulvoplasty, reduction thyrochondroplasty, chondrolaryngoplasty, and mastectomy, in the event that these are done on healthy minors for the purpose of gender affirmation or to "cure" gender dysphoria.

Greene spoke to The Post Millennial about her plans to bring a bill of this kind before the House, saying "This is child abuse, and it should be completely illegal. And anyone that performs those therapies or those surgeries, they should be in jail."

"A Republican majority is completely worthless if we are not standing up and stopping this," Greene said to The Post Millennial. "The Republican Party needs to be the party that protects children, stops puberty blockers, hormone therapy, genital mutilation surgery of anyone under 18—before they're old enough to actually make a decision."

"When it comes to gender affirming care, which is really child abuse, this is actually an assault," Greene said, speaking to Tucker Carlson. "And this is a practice that should never happen."

She said that this issue "is a referendum on the Republican party," and that the party "isn't even deserving of the American people's votes if we cannot protect children from this horrific child abuse."

The bill comes as Boston Children's Hospital, among others, has been blasted by a concerned parents, pundits and politicians who became aware that the hospital was performing double mastectomies on healthy girls beginning at age 15 as a means to treat "gender dysphoria," and vaginoplasties on young men starting at the age of 17. After this information was made public, backlash was swift, the hospital took down its videos.

Biden's US Attorney in Boston defended the hospital against those who critique the "gender affirming care", and the practice of medicalized gender transition for minors.

"Children deserve an opportunity to thrive and grow as their own authentic selves. Parents/guardians and health care providers who support them in that journey should be allowed to do so free of threats and harassment," the attorney wrote in a statement.

President Joe Biden has also spoken out in favor of the medicalized gender transition of minors, saying on Trans Visibility Day that parents must "affirm your kids," and saying that they would be "brave" for doing so.