Liberal podcast host Andrew Wartman said Gabbard should be dishonorably discharged from the Army for being a "traitor." 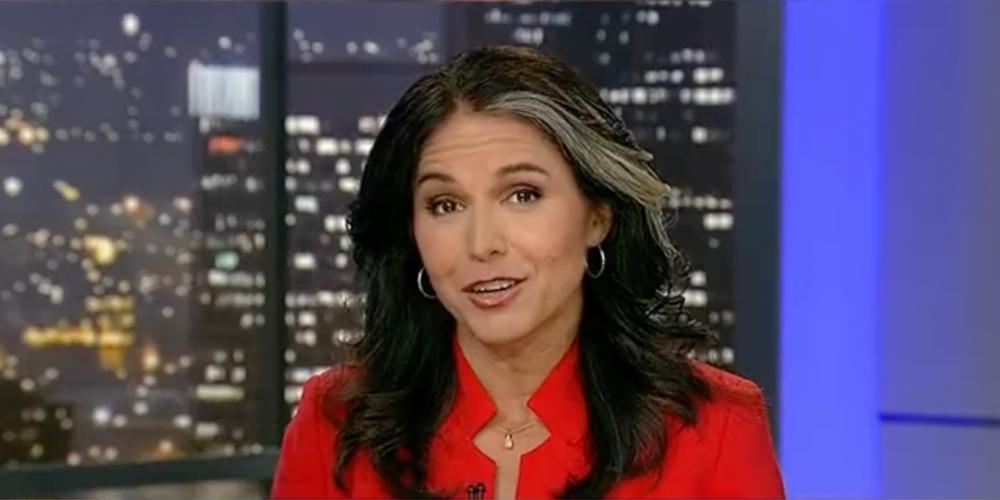 "Now whatever your views are on Donald Trump, there's no denying that the unprecedented raid on his Palm Beach home earlier this week has set our country on a dangerous new course, and there's no turning back," Gabbard said.

Gabbard, a lieutenant colonel in the Army Reserves, said law enforcement is being "weaponized to target the political opponents of the uniparty." The "Biden regime" displays "hallmarks of a dictatorship," she said.

Kristopher Goldsmith, a veteran who studies "far-right" and "fascist" movements, took to Twitter to accuse Gabbard of filling in for a "white nationalist." Goldsmith claimed Gabbard violated the Uniform Code of Military Justice by criticizing Biden. The code states that any "commissioned officer who uses contemptuous words against the President" could face a court-martial.

Gabbard was not speaking while on order nor as a representative of the military. She is free to criticize the president as a private citizen.

If Goldsmith's assertion were true, then the multiple US Representatives who serve in the National Guard as reservists would be unable to engage in politics.

Rep. Kaiali'i Kahele, a fellow Democrat, Hawaiian, and reservist, accused then-president Donald Trump of tearing the country apart in 2019, as was within his rights as an off-duty reservist.

Liberal podcast host Andrew Wartman said Gabbard should be dishonorably discharged from the Army for being a "traitor."