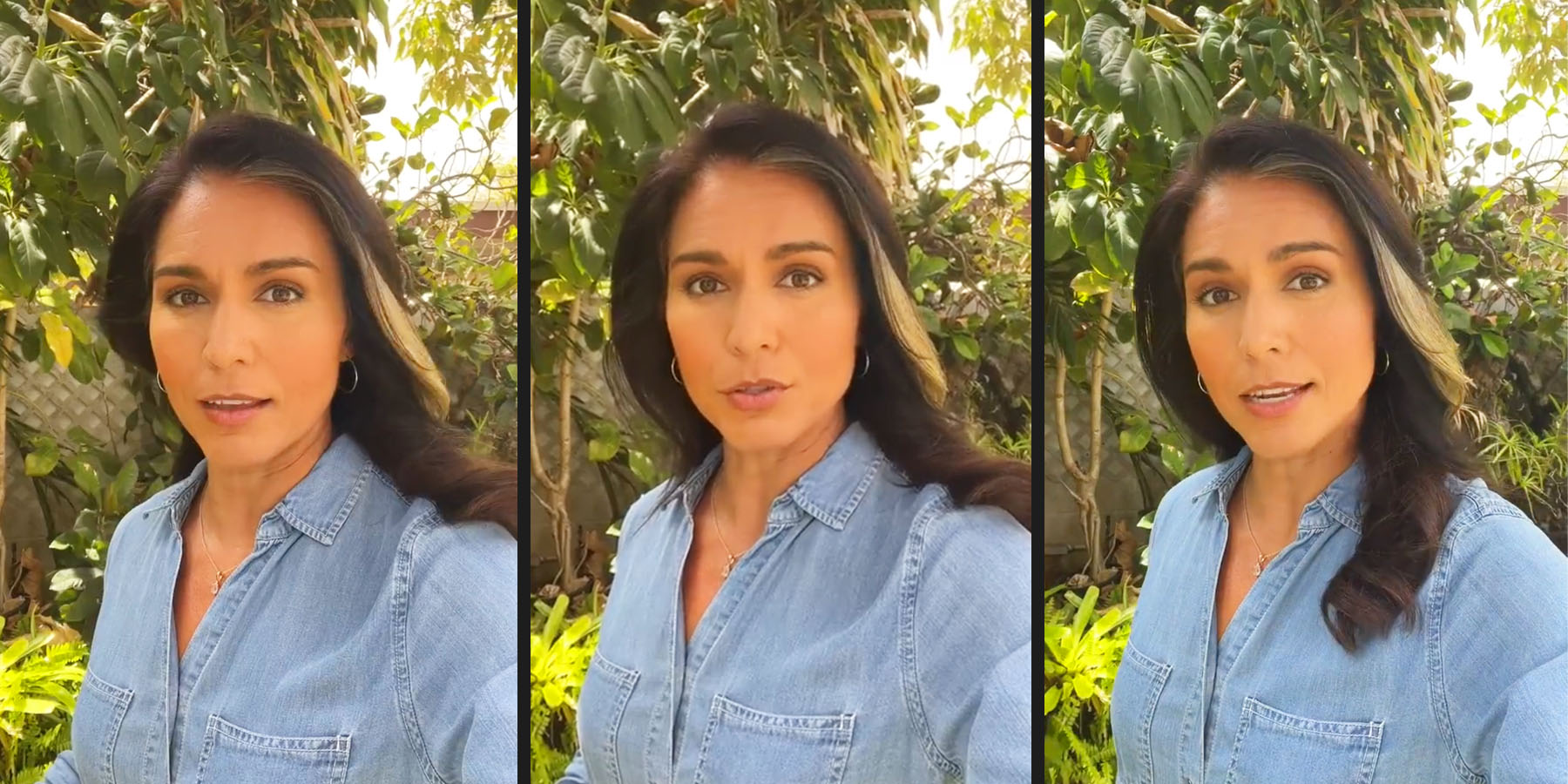 "The FDA made a disturbing but not at all surprising announcement just a few days ago about children’s health," she began.

"This warning that the FDA issued is basically saying that puberty blockers can cause serious health risks for our kids," she continued, referencing a warning the FDA recently added to gonadotropin-releasing hormone (GnRH) agonists—known to most as "puberty blockers"—after having identified a serious potential side effect for some that may result in a dangerous surge of spinal fluid pressure in the brain that can cause headaches, nausea, double vision, and even permanent vision loss.

"At the exact same time the FDA issued this warning, Biden/Harris administration officials were making public statements, actively promoting the use of puberty blockers and irreversible surgeries for kids," Tulsi said, referring to the Biden Administration’s advocacy of "gender-affirming care," that gives children easy access to sex change treatments.

Proponents of puberty blockers, used to halt the development of secondary sex characteristics of adolescents with gender dysphoria, claim they are "safe, effective and completely reversible." As it stands, there are no studies on the long-term effects of puberty blockers.

While puberty blockers have a long history of different uses, including the chemical castration of violent sex offenders, they are now most commonly recognized for the off-label treatment of gender dysphoria because of their mechanism to stop the production of estrogen, progesterone and testosterone.

Aside from the rare side effects, researchers have also found that puberty blockers stunted the height and impaired the bone mass density of children who wished to change gender. There is also evidence that puberty blockers have an adverse impact on cognitive functioning in children, with two studies finding that IQ may drop as a result of the medication.

But perhaps most alarming, when a child takes puberty blockers at Tanner stage 2 (the first signs of puberty) and proceeds to cross-sex hormones, they will be sterilized (never able to have children) and never be able to achieve an orgasm.

In light of new evidence, Britain’s National Health Service (NHS) recently changed its stance on puberty blockers as being fully reversible to an admission that their long-term effects are unknown. The American Academy of Pediatrics is currently reviewing their policy on the use of puberty blockers for treating gender dysphoria.