The pre-pubescent girls who are injected with the drug designed to treat prostate cancer may, additionally, experience menopause after use. 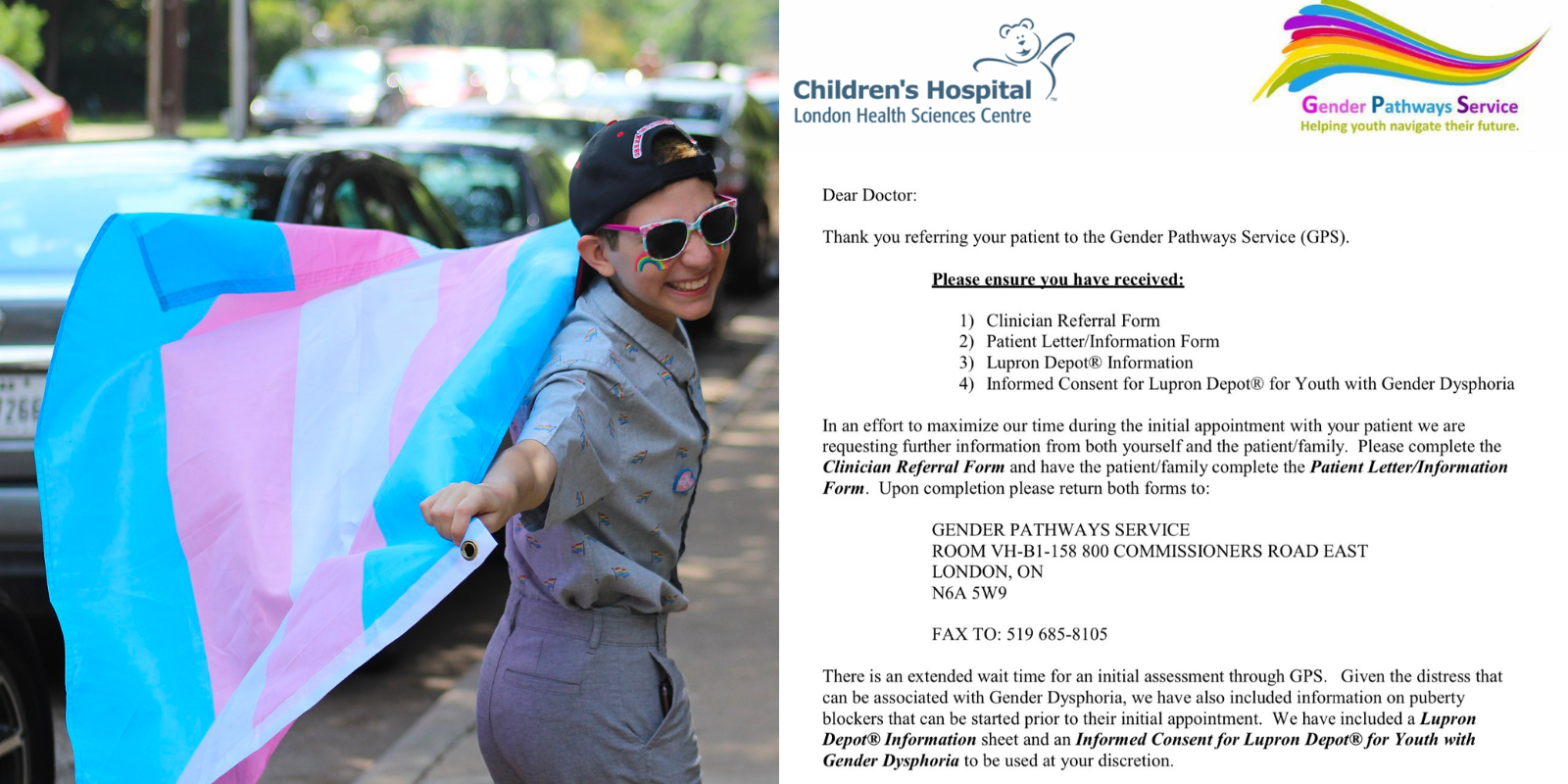 A new directive from the Gender Pathways Service (GPS) at the Children's Hospital in London, Ontario, instructs doctors that, due to high demand, puberty blockers may be prescribed to children prior to even being seen by a doctor.

The letter, shared by Billboard Chris, reads: "There is an extended wait time for an initial assessment through GPS. Given the distress that can be associated with Gender Dysphoria, we have also included information on puberty blockers that can be started prior to their initial appointment."

In many nations, this kind of treatment has been put on hold pending further research, or banned altogether. In Canada and the US, the practice of putting healthy children on drugs to halt their natural development is full steam ahead.

The letter states that, included with these instructions, is a "Lupron Depot Information sheet and an Informed Consent for Lupron Depot for Youth with Gender Dysphoria," which are to be used at the discretion of the prescribing doctors.

Lupron Depot, which is used to treat men with prostate cancer, women with endometriosis or fibroids, and children with precocious puberty, is not approved for the treatment of gender dysphoria, and is not recommended for that purpose on the information site for Lupron Depot.

The information sheet for doctors to prescribe Lupron Depot for a purpose for which it was not intended for minors prior to seeing those minors for a medical consultation gives details on injection schedules, the release of hormones, and side effects.

"The following should be discussed with patients/families: The importance of maintaining an injection schedule. If the patient is not able to attend the appointment at 4 weeks, it is important the injection is moved ahead to prevent a rise in hormone levels.

"The potential release of hormones after the first injection, leading to a mild advancement of puberty. this may lead to spot bleeding or a period. After the second injection, hormone production should be completely shut down. Families should be in touch with their health care provider if the child experiences continued bleeding.

"Stiffness in the muscle after injection is common as with any IM injection. There is no need to cancel any physical activities.

"If the patient is sexually active," the letter instructs, though patients are by definition below the age of consent since they have not begun puberty, "encourage use of condoms."

Additionally, side effects are listed, including the potential for an abscess at the injection site that would need to be drained. The pre-pubescent girls who are injected with the drug designed to treat prostate cancer may, additionally, experience menopause after use.

The "informed consent" that must be perfunctorily granted by parents and children before being prescribed Lupron without a medical consultation requires children to affirm that though they are female, they think of themselves as male and "want to receive treatment that will stop further female puberty" so that they can "continue with counseling without the worry of permanent body changes happening out of [their] control."

The informed consent letter states that the "long-term effects" of taking the drug "are not fully known." It further requires the girl to confirm that "It has been explained to me that my doctors are suggesting and prescribing Lupron Depot because they believe that this will allow me more time to explore my gender and other developmental issues." All of this must be agreed to prior to any medical consultation.

Considerations include that Lupron will stop menstruation, could result in vaginal dryness, a reduction in sex drive, and "estrogen withdrawal," which is essentially menopause. Girls could experience "hot flashes, night sweats, low energy, mood changes," among other things. Lupron also "interferes with fertility."

A recent study indicated that "Ethical concerns about inadequate informed consent for trans-identified youth have several potentially problematic sources, including erroneous assumptions held by professionals; poor quality of the evaluation process; and incomplete and inaccurate information that the patients and family members are given."

The authors of that study further write that the informed consent model is threatened by the "dramatic growth in demand for youth gender transition witnessed in the last several years," which has "led to a perfunctory informed consent process."

"A rushed process," the write, "does not allow for a proper discussion of not only the benefits, but the profound risks and uncertainties associated with gender transition, especially when gender transition is undertaken before mature adulthood."

Yet in Canada, trying to stop a child who believes they have gender dysphoria from accessing these drugs and undergoing transition is considered to be conversion therapy and is not allowed by law.

Gender affirming doctors who treat children who have gone on puberty blockers prior to the Tanner 2 stage of development have found that none of those children grow up to be sexually functioning adults. They cannot achieve sexual satisfaction via orgasm.

Children are being asked to consent to a life with no sexual satisfaction not only before their first sexual experience, and before puberty, but without a medical consultation.