"We believe this model is the antithesis of true informed consent, as it jeopardizes the ethical foundation of patient autonomy," authors write in the Journal of Sex & Marital Therapy. 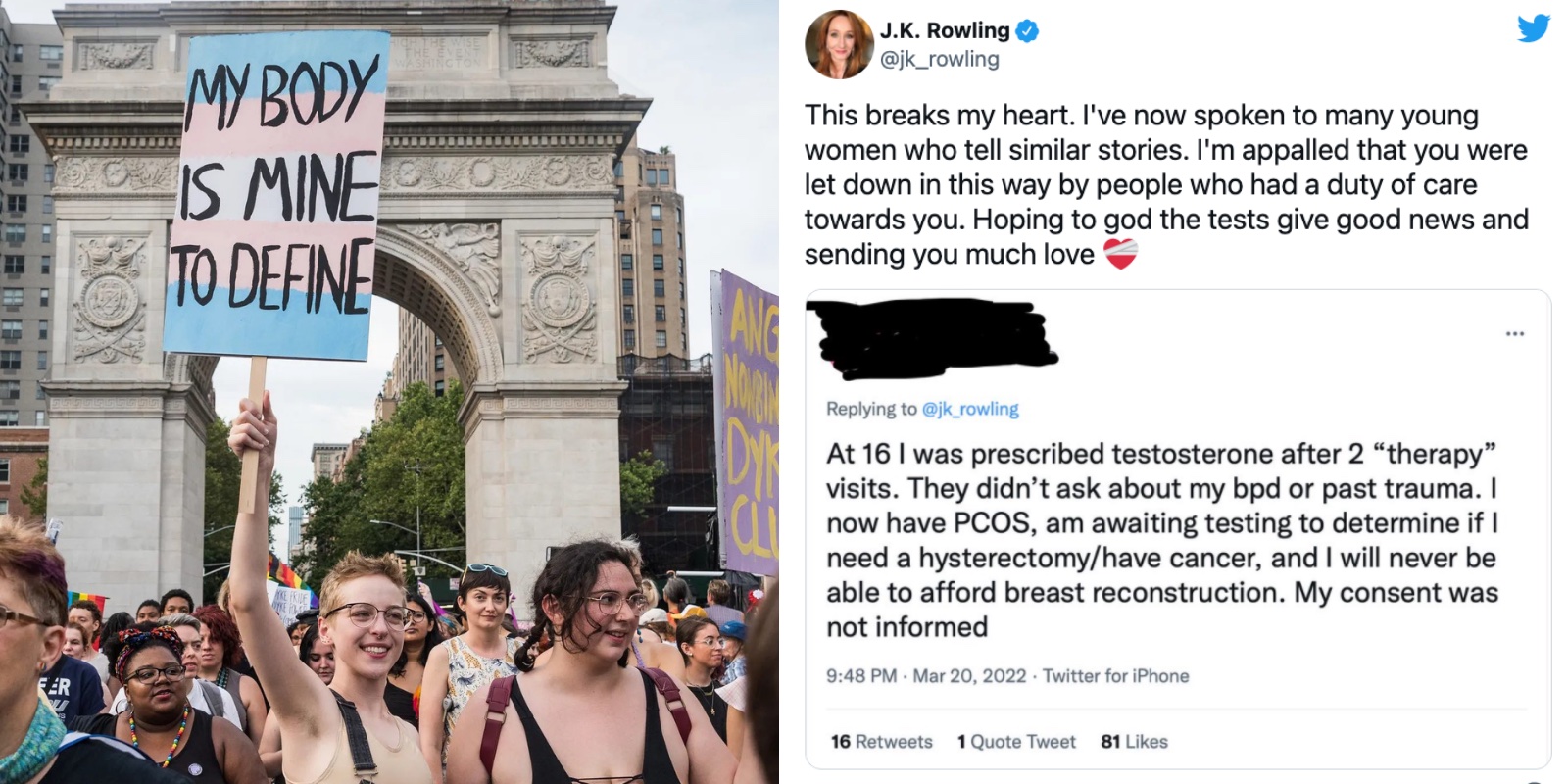 Mental health professionals across the United States, Canada, and the UK have treated youth with gender dysphoria almost exclusively along the "gender affirmation" model, meaning that when a child or teen presents their understanding that they are actually meant to be the opposite sex, mental health practitioners have agreed with them.

The idea is that young adults are ushered into "gender affirmative" care with "informed consent," meaning that the teens make the decision to undergo medical treatment that is designed to alter their appearance to look more like that of the opposite sex with a full understanding of what that entails, and what the side effects and harms of that treatment may be.

In "Reconsidering Informed Consent for Trans-Identified Children, Adolescents, and Young Adults" in the Journal of Sex & Marital Therapy, Stephen B. Levine, E. Abbruzzese and Julia M. Mason posit that perhaps there should be greater standards, even a consensus, about what the informed consent process is.

They note that parents and teens, once the idea that a child or teen is in the wrong body is broached, are often referred to gender experts, and that the consultations prior to embarking on the road of establishing the teen as a life long medical patient "are often surprisingly brief and typically lead to a recommendation for hormones and surgery." This, they write, is "known as gender-affirmative treatment."

More and more stories of girls who have transitioned under the gender-affirming care model, wherein they have reportedly given informed consent, have resulted in women who have been medically and surgically butchered and find that, despite the surgeries and the drugs, they are still women.

There are concerns, they write, about the concept of informed consent as regards gender-affirmative treatment. The authors cite that "The informed consent process consists of three main elements: a disclosure of information about the nature of the condition and the proposed treatment and its alternatives; an assessment of patient and caregiver understanding of the information and capacity for medical decision-making; and obtaining the signatures that signify informed consent has been obtained."

However, when it comes to the gender-affirmative model, they write that "Ethical concerns about inadequate informed consent for trans-identified youth have several potentially problematic sources, including erroneous assumptions held by professionals; poor quality of the evaluation process; and incomplete and inaccurate information that the patients and family members are given."

In part, the informed consent model is threatened by the rampant uptick, or "dramatic growth in demand for youth gender transition witnessed in the last several years," which has "led to a perfunctory informed consent process."

"A rushed process," the write, "does not allow for a proper discussion of not only the benefits, but the profound risks and uncertainties associated with gender transition, especially when gender transition is undertaken before mature adulthood."

As to the marked growth in those seeking treatment for gender dysphoria, there has been a distinct increase since 2006, "with a dramatic increase observed in 2015."

"Currently, 2-9% of U.S. high school students now identify as transgender, while in colleges, 3% of males and 5% of females identify as gender-diverse," they write, citing the American College Health Association. Much of this increase is among girls who become dysphoric and believe themselves to be male.

"Although the incidence of natal males asserting a trans identity in adolescence has significantly increased," the authors write, "the dramatic increase is driven primarily by the increase in natal females requesting services (Zucker, 2017). Many suffer from significant comorbid mental health disorders, have neurocognitive difficulties such as ADHD or autism or have a history of trauma."

And many of these girls find themselves "seeking help from medical professionals." What they find, according to many who have detransitioned, is a mental health industry eager to set them on a track for gender transition. Breast removal, cross-sex hormones, and sterility are often what follow. There are gender clinics in the United States that routinely remove the breasts of girls as young as 13.

"This unprecedented increase," they write, "has created pressure on institutions and practitioners to rapidly evaluate these youth and make recommendations about treatment.

"To respond to growing demand, an innovative informed consent model of care has been developed. Under this model, mental health evaluations are not required, and hormones can be provided after just one visit following the collection of a patient's or guardian’s consent signature.

"The provision of transition services under this model of care is available not just to those over 18, but for younger patients as well."

They state that "we believe this model is the antithesis of true informed consent, as it jeopardizes the ethical foundation of patient autonomy. Autonomy is not respected when patients consenting to the treatment do not have an accurate understanding of the risks, benefits, and alternatives."