"If you are rich and powerful or famous, then you will get special treatment from this administration. If you are not. We don't care about you, and we're going to let you sit there and rot in jail," Gabbard said. 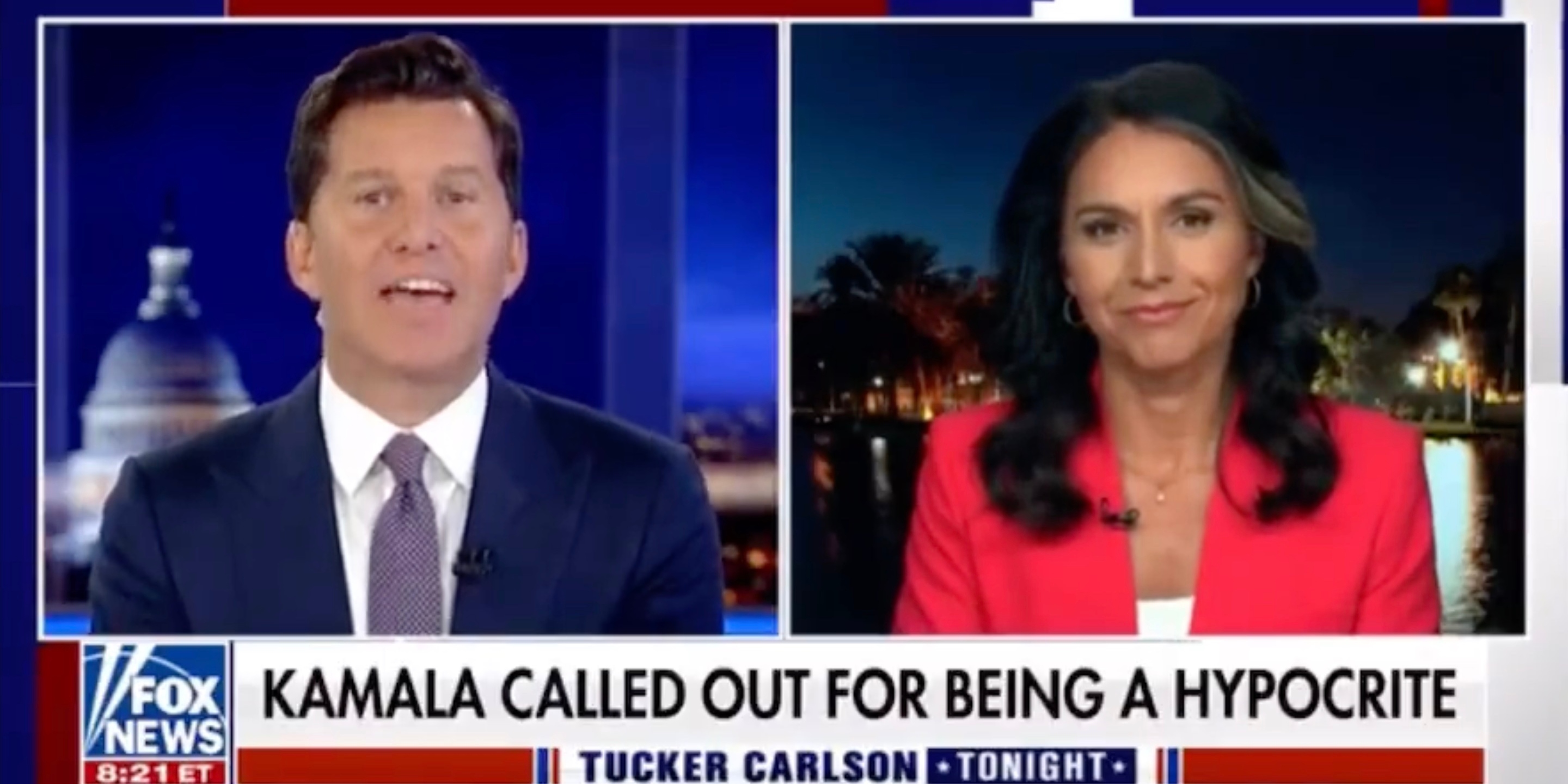 Former presidential candidate and Congresswoman Tulsi Gabbard says Vice President Kamala Harris is showing outrage for Brittney Griner, but not for her fellow Americans who are sitting in prison today because of minor marijuana violations — including some of whom were prosecuted by Harris when she was the California Attorney General.

"How come you are not fighting as hard for them to be returned home and reunited with their families as you are for Brittney Griner," Gabbard said to Fox News' Will Cain.

"To me, the message to the American people through [the administration's] actions is loud and clear, is that if you are rich and powerful or famous, then you will get special treatment from this administration. If you are not. We don't care about you, and we're going to let you sit there and rot in jail."

Her comments come after WNBA player Brittney Griner was sentenced to nine years in prison in Russia. Griner was convicted of carrying vape cartridges containing cannabis oil. She's also been ordered to pay a fine of one million Rubles.

Russian official Dmitry Peskov said that "no agreements have been finalized."

Gabbard was responding to a tweet from Harris in which the Vice President said Russia is wrongfully detaining Griner who should be released immediately.

"POTUS and I, and our entire Administration, are working every day to reunite Brittney, as well as Paul Whelan, with loved ones who miss each of them dearly," Harris wrote on Twitter.

When she was Attorney General, Harris enforced drug laws in California. She personally oversaw the prosecution of roughly 2,000 Californians for marijuana possession, in San Francisco alone.

"There are too many examples to cite, but she put over 1,500 people in jail for marijuana violations and then laughed about it when she was asked if she ever smoked marijuana," Gabbard said at the time.

"She blocked evidence that would have freed an innocent man from death row until the courts forced her to do so. She kept people in prison beyond their sentences to use them as cheap labor for the state of California. And she fought to keep cash bail system in place that impacts poor people in the worst kind of way."

Gabbard reiterated these claims to Fox following the Griner ruling, and said Harris attacks other nations for doing what she's done.

Cain asked if this was evidence of "sheer unadulterated elitism" or it's a reflection of Harris's emptiness that "she is simply willing to play to wherever the current climate stream river is flowing."

"Like too many politicians, it seems like [Harris] puts her finger to the wind and decides what thing she's supposed to be angry about on any given day," Gabbard responded. "And then if it becomes politically inconvenient or damaging, then she'll switch the other way."

"It's unfortunate that we have a Vice President in the United States who doesn't appear to stand for anything other than herself."